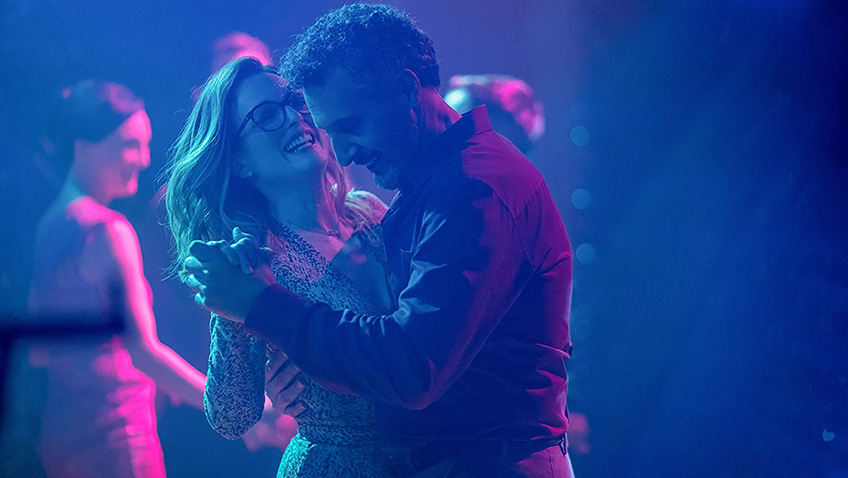 Julianne Moore carries the film, but it’s a pale copy of the 2013 Gloria

It is a commercial reality that every so often a talented co-writer/director remakes his or her original film in the English language with English speaking actors and (most often) a change in setting to reach a wider audience. It might be a good thing to spread the wealth, but there is always something vital lost in translation. Born in Argentina and raised by a single mother in Chile, Sebastián Lelio (A Fantastic Woman and his first English language film Disobedience), just remade his breakthrough 2013 film Gloria, whose star, Paulina García, won the Best Actress award at the Berlin Film Festival. Gloria felt like a title wave: a 35-year-old South American male director had put the middle-aged, single, invisible woman on the map and then revealed her true colours.

Now the great Julianne Moore, who is the exact age as Paulina García and of the 58-year-old eponymous heroine, steps in to bring Lelio’s vision, not line for line, but certainly – with the exception of the music – scene by scene, to a wider public. The majority of viewers around the world will not have seen the original and enjoy Gloria Bell

, maybe even identifying with it. But the surprise element and the tear inducing power of Laura Branigan’s song Gloria, which took on the status of a defiant anthem in the original, are gone, or so it seems to those who saw Gloria six years ago.

The addition of a surname, Bell, is a concession to the original Gloria’s move from Santiago, Chile to present day Los Angeles. Gloria lives in a modest, but comfortable apartment downstairs from her landlady’s mentally disturbed son whose anti-social behaviour sends his Sphynx cat seeking refuge in Gloria’s apartment. She throws out the hairless, wrinkled, ugly creature, until one day Gloria realises the poor thing is just looking for company, and a little love.

Divorced and single for several years, Gloria has two grown children. Anne (Caren Pistorius), a yoga instructor, announces that she is pregnant and is going off to live in Sweden with her dishy surfer boyfriend. Peter’s life is in turmoil after his wife walked out to ‘find herself’, leaving him alone with their baby. Anne and Peter never call their mother, but she keeps in touch through cheery messages on their phones, yoga classes, and the occasional visit to see her grandson. Peter is played by the wonderful Canadian actor Michael Cera, a regular in the films of that other Chilean Sebastián – Sebastián Silva – and his all-too-brief presence lifts the film.

Driving to work, Gloria sings, with deep feeling, but off key, songs that Lelio chooses to punctuate Matthew Herbert’s score and reflect what’s going on in the film or at in Gloria’s mind. Naturally, one of those songs is the descriptive and fatalistic, ‘Alone Again (Naturally)’ by Gilbert O’Sullivan. 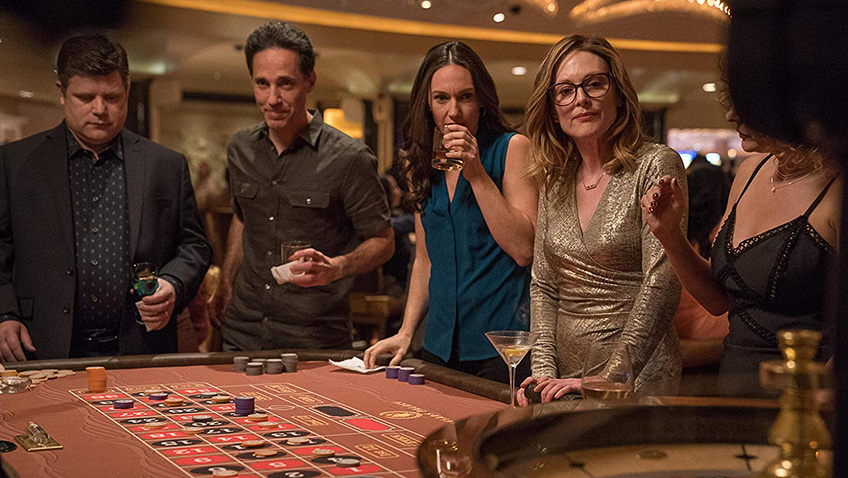 Music and dance are important to Gloria and rather than sit at home, she goes out dancing. It was easier to imagine a public bar in Santiago where adults go to dance, than the equivalent in Los Angeles, but Gloria knows them. If she does not fancy any of the men who approach her, she is not afraid to head for the dance floor alone in her brightly coloured wraparound dresses that show off her admirable figure.

There, one night, she meets Arnold (John Turturro) across a crowded room and they hit it off. Arnold is not handsome, but looks younger than his years thanks to greying curls around his face and a trim figure. But like everything else with Arnold, what you see is not what you get. His clothing hides evidence of a girdle holding in his stomach, a leftover from a gastric bypass surgery to treat his obesity. And while this romantic man is an entrepreneurial (he owns a paintballing range) ex-Marine who recites poetry to Gloria after they make love, his divorce has liberated the hen pecked husband on paper only.

But all this is yet to be discovered and Gloria’s ebullient mood and optimism are expressed in Paul McCartney’s ‘No More Lonely Nights.’ Lelio then reminds us how difficult it is for an older person to integrate into their new partner’s life. If, during a family birthday party, Gloria, immersed in nostalgic photos with her ex-husband (Brad Garrett) and their children, leaves Arnold sitting on the sidelines, Arnold is forever answering SOS calls from his selfish, needy wife and unmarried daughters. 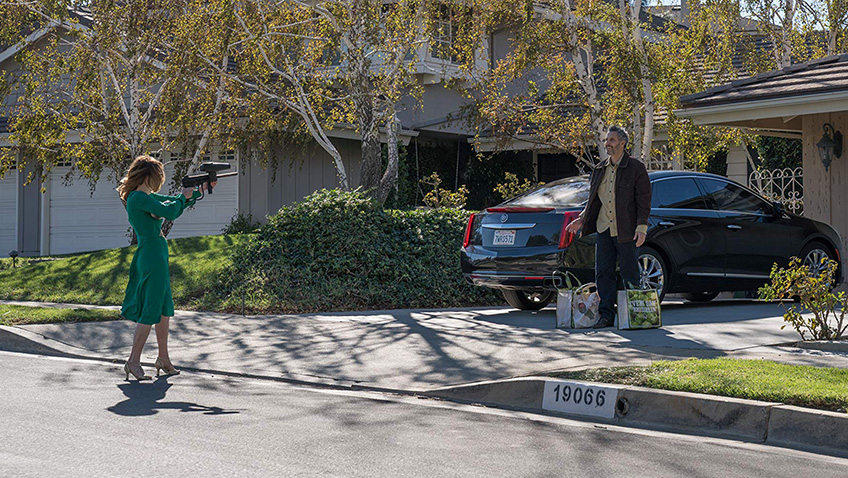 But Lelio, adapting his original film with Alice Johnston Boher, tilts the balance by inserting some heavy-handed clues about Arnold’s politics into the script. We learn that he is both a supporter of the gun lobby and a climate change denier. You wonder what, aside from good sex perhaps, this stunning woman sees in Arnold.

Moore breezes through her character’s life with a combination of vulnerability and strength, but there is always something unconvincing about Moore that is sustained by what seem to be slight tweaks in the script. Even with her glasses, Moore’s Gloria is too well groomed, too fit, too glamorous, too self asserting regardless of her mundane office job. She is so precise in her gestures that they feel rehearsed.

Of course invisible women are often beautiful, but this Gloria never strikes you, like Garcia did, as the outsider-looking-in and a guest at someone else’s celebrations. Her work colleague, Melinda (Barbara Sukowa, who appeared in the films of Rainer Werner Fassbinder and Margarethe von Trotta) expresses concern about losing her job, but Gloria seems unaffected by age discrimination at work or anywhere.

The big climactic scene in Caesars’ Palace where the two lovers hope to cement their relationship far from their everyday lives is a carbon copy of the original but somehow – and this might be a subjective impression – it is hard to believe Gloria’s extreme reaction and to feel sympathy as one did for Garcia’s wounded heroine.

It is also impossible to underestimate Chile’s history looming over the background of the story. Gloria would have grown up in Pinochet’s restrictive regime and felt anger at his death with 300 serious charges still pending against him; the $30 billion blow to the economy from the 2010 earthquake and with her teenage kids, might have supported the student uprisings over the economy and human rights. It is, somehow, only when Gloria is awoken in the night by her upstairs’ neighbour’s pounding at the door that Moore is truly in the zone.