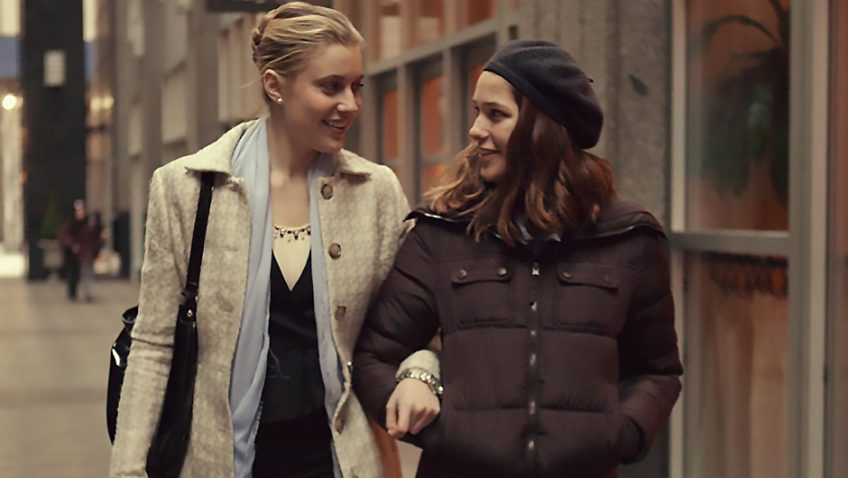 Noah Baumbach (While We’re Young), is an actor, writer and director who, along with his own films, has written scripts for Wes Anderson. Baumbach’s first feature film, Kicking and Screaming, released when he was just 26, is about four college graduates who cannot move on with their lives. Fifteen years later he releases Greenberg, about an equally ambitionless, forty-something year old New Yorker who is stuck in a dysfunctional life of dependency. This seems to be a thread running through Baumbach’s low-budget, quirky films all the way up to the hilarious and deceptively profound Mistress America

With Mistress America Baumbach continues his collaboration with actress Greta Gerwig that began with Greenberg and bore fruit in Frances Ha, which Gerwig co-wrote.  In Frances Ha, Gerwig plays a 27-year-old ditzy, would-be dancer who spends the entire film searching for a new place to live when she cannot afford to move to trendy Tribeca with her roommate.

, Frances has been transformed into 30-year-old squatter named Brooke, a trendy woman about town who has her fingers in many half-baked pies. But there is another key character in Mistress America

and we meet her first. New to New York City, Barnard university freshman and aspiring writer Tracy (Lola Kirke) is lonely and disillusioned with University life. She hangs out with Tony (Matthew Shear), who has also had a story rejected by the school’s elitist literary society.

Tracy’s mother suggests that she contact Tracy’s soon-to-be stepsister named Brooke. Tracy’s doubts about contacting the busy, older New Yorker are dispelled by an enthusiastic invitation to Times Square where Brooke lives (‘no one lives in Times Square’), illegally. Learning that Tracy is at University, Tracy volunteers, ‘I’m an autodidact; do you know what that means?’

Brooke takes Tracy under her wing. Tracy learns that Brooke leads a spinning class, is an interior decorator (‘I did the waiting room of a laser hair removal centre’) and is about to open a high concept, low-brow restaurant. As the two ‘sisters’ have a wacky, adventurous time together, the reserved, observant Tracy is dazzled by this creative free spirit. 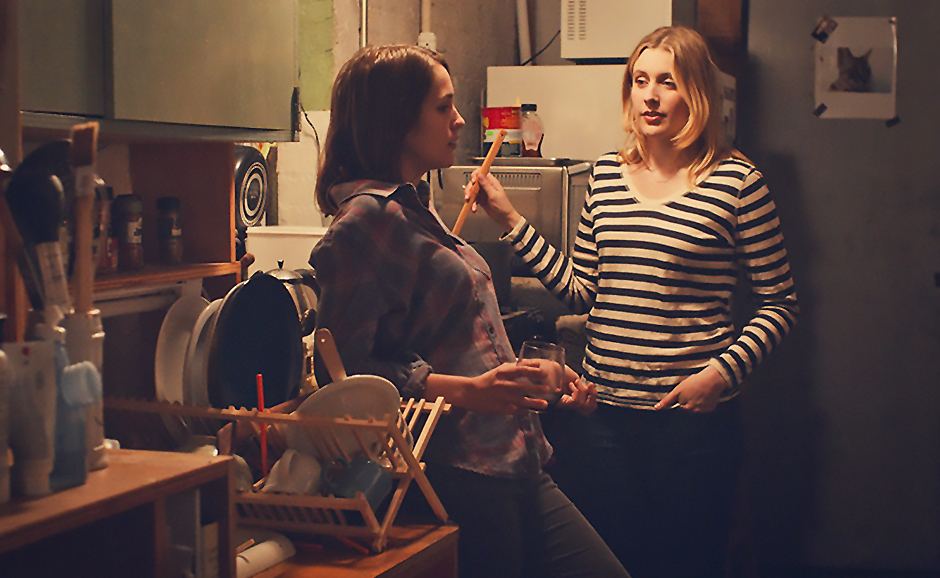 But gradually creases appear in this smooth talker’s life. Brooke’s Greek boyfriend, a major investor in the restaurant, is away in Greece grappling with the economy. Her former roommate Mamie-Claire (Heather Lind) left her high and dry after stealing Brooke’s idea for a T-shirt company and Brooke’s fiancé, Dylan (Michael Chernus) whom she subsequently married. The more Tracy hears and observes, the more she understands that Brooke is more of a dilettante than a polymath. ‘I’m in love with everything, but I can’t make myself work,’ Brooke admits.

In the second half of the film Brooke and Tracy, accompanied by Tony and his aggressively possessive girlfriend (Jasmine Cephas Jones), drive to Greenwich, Connecticut where Dylan lives with Mamie-Claire. Brooke’s Greek boyfriend has suddenly pulled out of the restaurant, leaving her with a $75,000 shortfall, which she will ask Dylan, a rich entrepreneur, to fill.   First she has to contend with a book group comprised of pregnant Tiger Mums discussing Faulkner and with Mamie-Claire’s animosity.

In the explosive, madcap Greenwich setting, insults and accusations are fired like bullets from an automatic rifle and cat fights rupture relationships. When Brooke learns that Tracy has written a story about her entitled Mistress America it is Tracy’s turn to be accused of betrayal. Everyone in the Greenwich house gangs up against Tracy, but it is this story that has been accepted by the literary society.

When Tracy says of her Greek boyfriend, ‘he’s the kind of guy I would hate, but I’m in love with him’, it is hard not to think the same of Brooke. Thanks to Gerwig’s ability to combine wacky with vulnerable and likeable, her character is never irritating. The script may at times feel like a stand-up routine of clever one-liners, but they contribute to the plot, atmosphere and characters. Lola Kirke, whose story this becomes, has to hold back as the perfect foil. 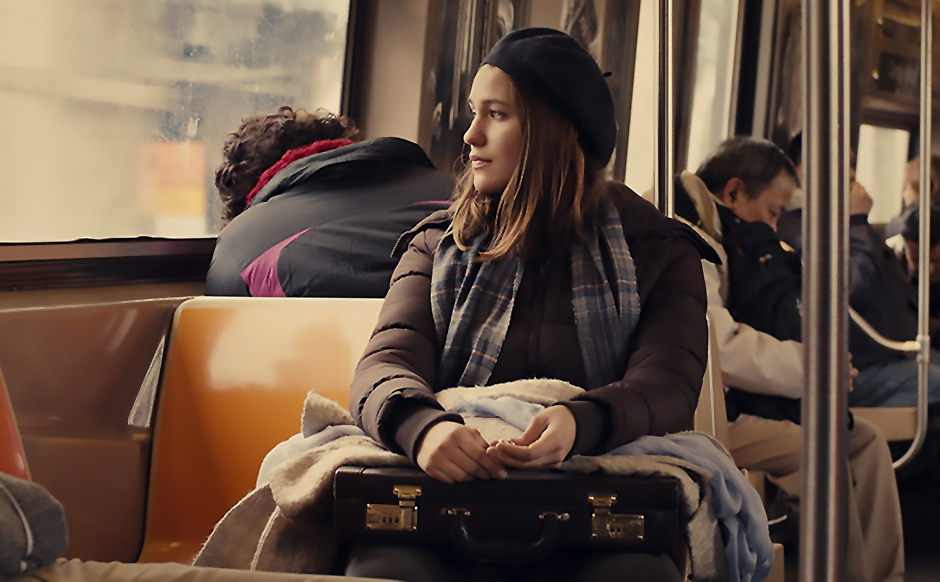 In one isolated, curiously ‘throw away’ scene Brooke and Tracy are in a bar where they are approached by a frumpy looking former schoolmate of Brooke. She is now married, well-off and in town to see a play. When the woman admonishes Brooke for bullying her at school, Brooke suggests that she let it go, but not before insulting the play the woman had just seen and loved, Other Desert Cities. A writer of Baumbach’s calibre does not include throw away scenes. Other Desert Cities is a contemporary play about a show-biz family in Palm Springs California who are faced with the announcement that their mentally unstable daughter is about to publish a revealing memoir about a dark family secret.

It is perhaps no coincidence that Brooke tells Tracy that she is moving to Los Angeles (near Palm Springs). ‘There’s too much construction here,’ she complains. The question of who owns a family secret, or who has the right to expose another person’s life is given another airing in this cunning tribute to Other Desert Cities. Just as Mamie-Claire made money from an idea that lay dormant in Brooke’s head, and married the eligible bachelor who commitment- adverse Brooke was engaged to, so Tracy produces something tangible, perceptive and truly beautiful with the inchoate life that Brooke could never pin down.