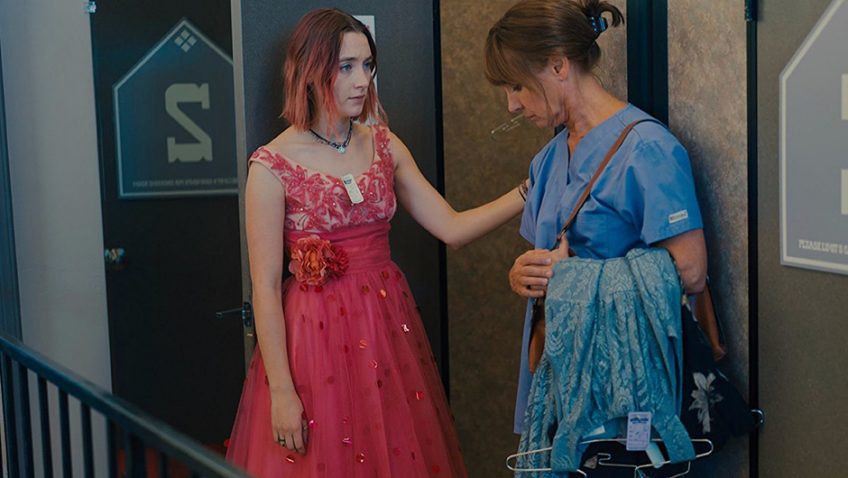 Hollywood gets what it wants; and this year, as if to brush the blight of Harvey Weinstein under the red carpet, it has a female Best Director nominee: the comic actress (Mistress America, and co-writer-turned-writer/director Greta Gerwig. Gerwig’s film Lady Bird

is an entertaining comedy/drama with a great, hip cast and a perceptive look at a variety of teenage relationships. The film has been so lauded it might even be sacrilege to suggest that it is overrated.

Christine (Ronan – who seems to be Gerwig incarnate) is a senior at a Catholic school in Sacramento. Christine is rebelling against her name (she insists on being called Lady Bird), her hometown (‘I hate California’); her socio-economic status (they live ‘on the wrong side of the tracks); and her mother Marion’s (Laurie Metcalf) guardedly low expectations of her daughter’s academic future. Lady Bird is determined to fly the nest to find her own identity.

Lady Bird’s generous, good-natured father Larry (Tracy Letts), a computer programmer, is being laid off, but Lady Bird, a self-absorbed teenager, is oblivious and applying to East Coast universities. (Later in the film, in an ageist job interview, Larry is passed over for his adopted son Miguel (Jordan Rodrigues). Knowing that Larry will deny his daughter nothing within his power, Marion, who means well, takes it upon herself to dampen Lady Bird’s expectations.

‘The way you work, you are not even worth the state tuition’, Marion tells her daughter during an opening squabble. While this sounds like psychological and motivational abuse, Marion is being realistic. Lady Bird, who is failing math and is no scholar, is unlikely Ivy League material. We never see her reading, studying or discussing books or films. She longs for culture, but shows no interest in visiting the cafés, clubs or museums of San Francisco, just over an hour away.

To make up for this lack of academic resolve, we are told that Lady Bird’s SAT results are very impressive, which suggests a high intellect and natural brilliance.

Lady Bird’s favourite activity is admiring the stately homes on the right side of the track. She engages in this pastime with her mother and with her best (and only) friend, Julianne (‘Julie’) Steffans (Beanie Feldstein) a plump, good-natured girl who is also from the wrong side of the tracks, but never complains. 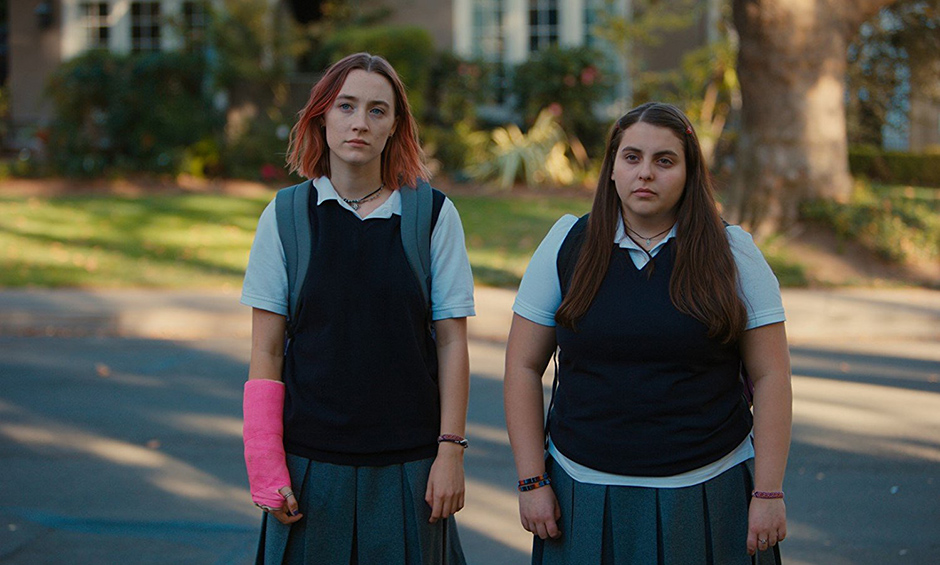 While the film was originally entitled Mothers and Daughters, over half of it is taken up with Lady Bird’s familiar high school social life and struggles. There is no bullying, but there is social snobbery when Lady Bird drops Julie for popular, rich girl Jenna (Odeya Rush), only to be burnt when Jenna discovers that Lady Bird has (rather stupidly) lied about her real address.

This is a classic cliché in many coming-of-age stories, and not surprisingly, Lady Bird

has been labeled a coming-of-age film, too. That means introducing the highs and lows of first time love, and Lady Bird follows this prescriptive path, albeit with fresh writing and characters. Lady Bird’s romantic aspirations are also above her station as both boys are wealthy. Danny O’Neil (Lucas Hedges from Manchester by the Sea) is a talented, outgoing singer in Lady Bird’s dramatics club whose dreams of living in Paris echo Lady Bird’s dreams of New York. Lady Bird is accepted into his family – his grandmother owns Lady Bird’s favourite house on millionaire mile.

Her second boyfriend, to whom she loses her virginity (despite this, the 15 Certificate is unwarranted), is the complete opposite from Danny. A handsome, intense, introverted musician and intellectual snob, Kyle (Timothée Chalamet, Call Me by Your Name) who is Lady Bird’s passport to Jenna, turns out to be a phony, a liar, a bad lover and as superficial as Jenna. Lady Bird cries in her mother’s arms; upset not about the bad sex, but about losing her virginity to a guy who pretended that he, too, was a virgin.

is a coming-of-age movie it is not one where the protagonist’s self-awareness grows in response to the year (2002 – mobile phones are in their infancy) in which the film takes place. While Indignation also combined comedy with poignant drama, each decision the student makes and each experience in that film have consequences and propel the narrative toward a suspenseful, powerful climax. In Lady Bird

there is no suspense or narrative drive: the events and the decisions inconsequential. 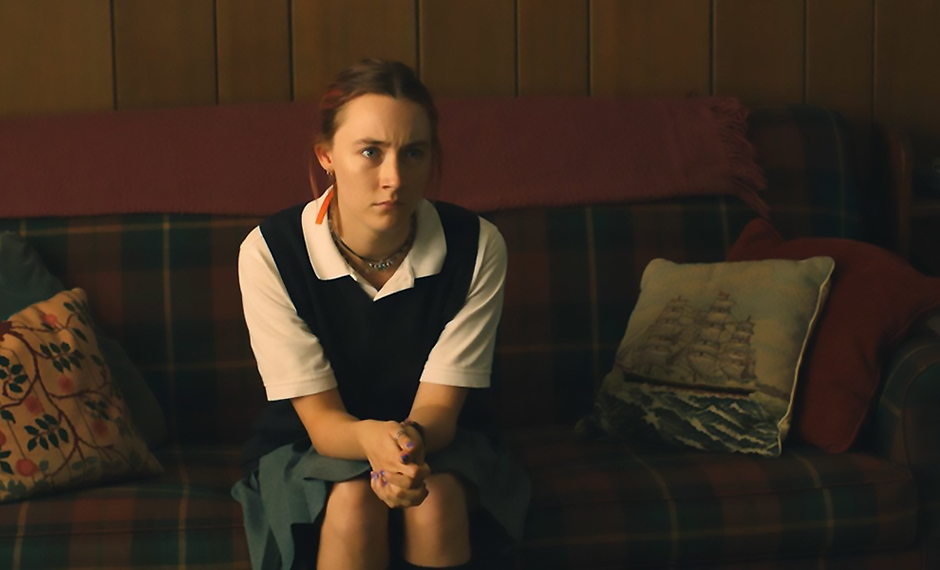 Gerwig’s style defies comparison with the tightly structured Indignation or many other films with messages. She has an ear to the way people talk to one another and, it must be said that no one talks like the student and principal (coincidentally, played by Tracy Letts) in their powerful battle of words in Indignation.

Without telling Marion, Larry helps his daughter with her university application and somehow manages to remortgage the house to support her scholarship. One does have to wonder, though, how Larry got the mortgage when Marion alone has a salary at this point and there is no evidence that she knows about it or, if she does, has (as you would expect) opposed it.

Gerwig is attuned to the egocentricity of teenagers which helps 21-year-old Ronan (who performs without bleached red hair and no make-up) get into a high school girl’s mind. While this might be a specific, semi-autobiographical film, it has universal appeal that may summon up memories for viewers of all ages

At the end of the film, Larry utters the most profound line of the film: ‘your mother doesn’t know how to help you.’ When Lady Bird replies, ‘I wish she’d just talk to me.’ she might mean ‘listen.’ While it is a tribute to Gerwig’s confident and perceptive script that there is no quick, convenient resolution, you might wish for something in its place that sticks with you and provides food for thought.