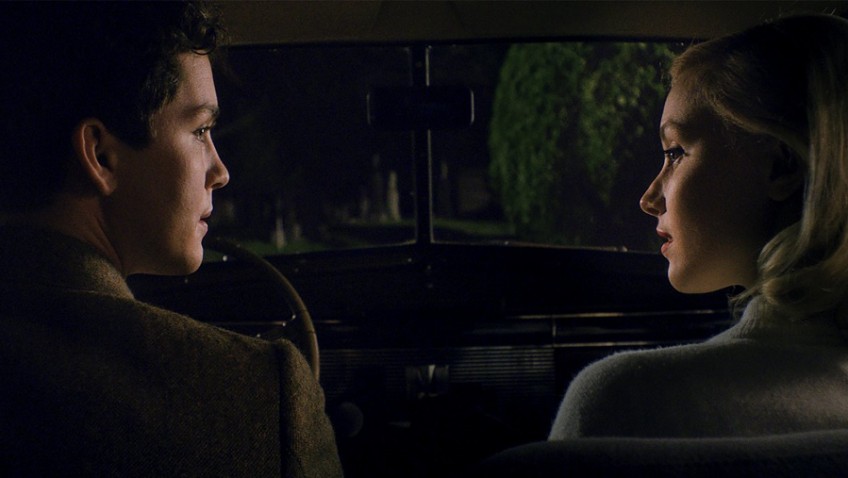 Of all the great American novelists, there are two who repeatedly defy cinema adaptations of any quality: F Scott Fitzgerald and Philip Roth. Last week a rare Roth adaptation, American Pastoral, faced some punishing critics. By an extraordinary coincidence, this week gives us another Roth adaptation, Indignation

. It is a powerful adaptation.

That a 57-year-old would make his directorial debut with a Philip Roth coming-of-age drama that he has also adapted for cinema might seem ill-advised. But James Schamus is not a novice. He is a high profile producer (Brokeback Mountain and the upcoming Alone in Berlin); scriptwriter (The Ice Storm, Crouching Tiger, Hidden Dragon) and CEO of Focus Features (Traffic, Burn After Reading). At times, his talky film, set almost entirely in one location, could easily be a stage play. But a play would not convey the same claustrophobic physical and mental landscape in which a Jewish butcher’s son from New Jersey, Marcus Messner (Logan Lerman), makes a series of decisions with fatal consequences. Schamus succeeds in conveying an increasing sense of foreboding and angst as the walls close in on a 19-year-old college freshman, even as his misguided parents try to protect him.

The film opens with a double framing device, one of a handsome elderly woman (a Mrs Anderson) in a nursing home staring at the bouquet pattern on the wall paper in front of her. We will see that bouquet in a hospital room where Marcus is recovering from appendicitis. The second framing device is of a soldier on patrol. There is an end frame to this one which reflects the novel’s surprise ending and gives us a startling perspective on the narrator of the story. The young soldier voices a central theme of the film: ‘There are causes, chains of events led by causality and these events include decisions that you have made. How do you end up here on this exact day, at this exact time, at this specific event happening to you?

Cut to a funeral service and a reception buffet full of Jewish food. It is 1951. Marcus Messner’s neighbour has died in Korea and Marcus is outside the grieving family’s house in Newark, New Jersey with a friend who is bound for Korea. ‘You’ll be okay,’ Marcus reassures him, ‘you’re smart.’ The other replies, ‘Not as smart as you.’ Marcus, the dutiful, polite, studious son of Max (Danny Burstein) and Esther (Linda Emond) has been saved by a scholarship to Winesberg College in Ohio.

Winesburg (College), Ohio is not the only literary reference in the film (a reference to Sherwood Anderson’s masterpiece about small town life), but they are all unobtrusive. Over the summer Marcus and Max bond by working together in the butcher shop, delivering the personal service to the customers that will keep them from heading to the new supermarkets. 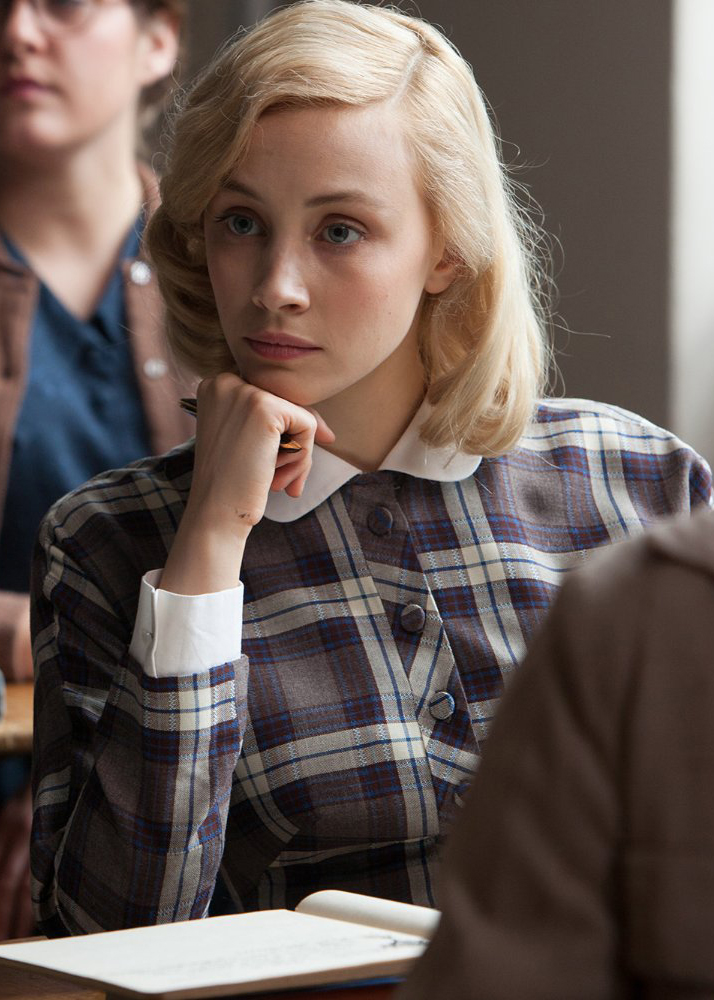 Despite his pride Marcus’s achievement, Max is overcome with foreboding. What if being smart is not enough? He is driving Marcus crazy, asking, ‘’How do I know you’re not going to places where you can get yourself killed?’ when Marcus is going to the movies and then to a peaceful college far from the gambling dens of Newark or the battlefields of Korea.

When Marcus escapes to the green campus of Winesburg, he smiles with relief as he is greeted by a banner, ‘Welcome to the class of 1955,’ that is hung with a kind of tragic irony across the registration room.

On the phone Max asks why Marcus has not joined the college’s only Jewish fraternity. Max has told the head of the frat, handsome Sonny Cottler (Pico Alexander) that he does not believe in fraternities. Nor does he get along with his two roommates, the only two other Jewish boys on campus, outside the fraternity.

One roommate (Philip Ettinger), a dim, insensitive type, does lend Marcus his car so that Marcus can invite the pretty, curvaceous, blond Olivia Hutton (Sarah Gadon) on a date. He takes her to ‘L’Escargot’, the town’s only French restaurant and its most expensive. There he is smitten with her elegance as she tempts him to try a snail (they are not Kosher). Unlike Marcus, she comes from a cultured, wealthy family and has even been to Paris, where she imagines him ‘studying philosophy in a garret, far from the brutish mundanity of Winesburg.’ After dinner, Olivia gives him an unexpected sexual gift in the privacy of the car that leaves the inexperienced Marcus traumatised and attributing her assertive actions to her parents’ divorce.

Divorce becomes more personal when Esther pays Marcus a visit. She confides in him that Max has become so overbearing that he is alienating their remaining customers. She now ‘hates’ him, and is considering a divorce – an announcement that Marcus refuses to accept. But when Esther meets Olivia, it is not the stigma of Olivia’s parents’ divorce or religion that strikes her, but the scar on her wrist from a suicide attempt. In one of the most tense and agonising scenes in any film this year, the domineering Esther strikes a deal with her son, one that is meant to protect him, but becomes another link in that chain of causality.

There is in fact a scene that can better this mother-son tête-à-tête, one that turns into an intermittently hilarious and devastating battle of wills and wits. The intimidating Dean Caudwell (vintage Tracy Letts) summons Marcus to his office to discuss Marcus’s request to move to a single, run-down dorm room. The Dean highlights his tendency to push people away (his father, the fraternity, his roommates, etc).

Marcus, an atheist who objects to Caudwell’s mandatory chapel services, cites his hero, the philosopher, Bertrand Russell. Marcus expresses all the indignation of a volcano erupting, set off by Caudwell’s deliberate description of Max as a kosher butcher, when Marcus describes him as a butcher. This unforgettable 15-minute scene is a tour-de-force and worth the price of admission alone.