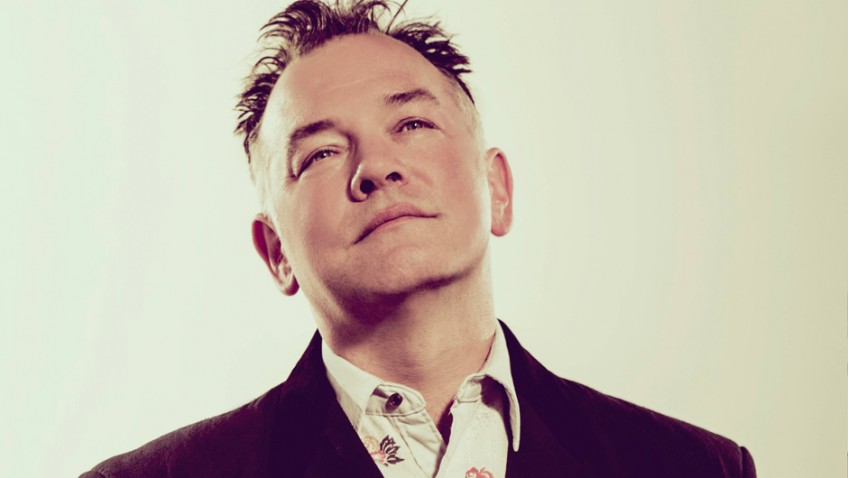 Stewart Lee, comedian’s comedian, is one of the best stand-ups

I think I can state with a fair degree of certainty that audiences coming out of the theatre will from now on be identifying the man in Gaspar David Friedrich’s 1818 painting, The Wanderer Above a Sea of Fog, with Stewart Lee.

Lee, stand-up comedian and columnist, has won many British Comedy Awards for his television work. He has a cerebral, middle-class approach to comedy. He is a comedian for grown-ups who enjoy irony.

I first saw him at Bush Theatre in 2007 when it was a very small fringe theatre above a pub on Shepherd’s Bush Green. He told the story of Jesus’ betrayal from Judas’s point of view.

Audiences, who had seen and knew he was the author and co-director of Jerry Springer – The Opera, naturally expected him to be blasphemous and vulgar. But he was nothing of the sort. He was funny and theologically interesting. He had done his research.

I next saw Lee at the Leicester Square Theatre in 2011 in his award-winning Carpet Remnant World. His main target then, as it is now, is the audience whose IQ he constantly questions; and the more insulting he is, the louder the audience’s laughter.

“What’s your problem?” he roars when the reaction does not measure up to his expectation as he points out he is a professional five-star stand-up comedian and he knows what’s funny and we don’t.

The high spot is an extended nostalgic sequence in the second half when he relates the bondage his grandparents had practised. The amazing detail will be particularly useful for social historians and, of course, anybody studying bondage in rural England during World War 2.

Lee, following his run in London, will be going on an extensive tour of the UK in 2017 See www.stewartlee.co.uk for details of tour.

His forte is political satire and he has just published a book which is a collection of the witty essays he has written for The Observer: Stewart Lee Content Provider