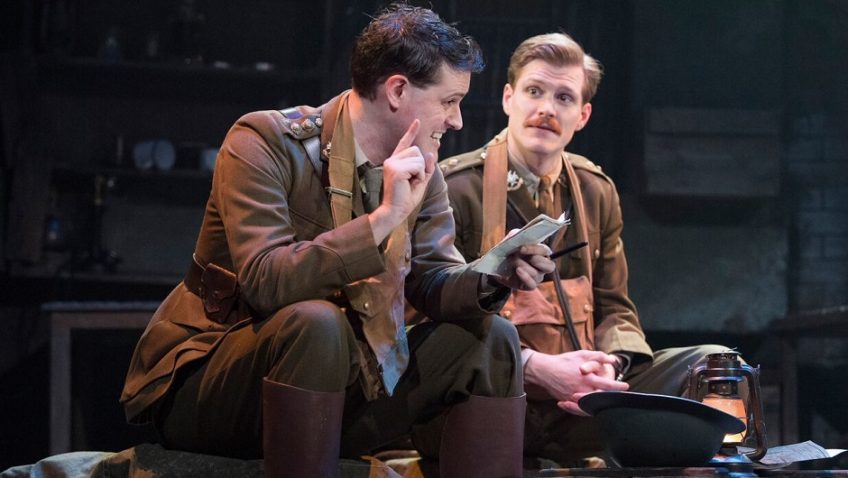 Have I Got Good News For You

There have been so many plays, films, novels and poems about World War 1. But Ian Hislop, editor of Private Eye, and Nick Newman, pocket cartoonist to The Sunday Times, have come up with a new perspective. THE WIPERS TIMES was a satirical newspaper, the brainchild of Captain Fred Roberts and Lt Jack Pearson. It was written and printed in the front line trenches during World War 1.

Their sergeant was a printer before the war. The printing press was salvaged from the ruins of Ypres in Belgium. (Wipers was how the British Tommies pronounced Ypres.)

The Newspaper was hugely popular as a morale booster precisely because it was highly subversive. Humour was a necessary antidote to the epic futility of the war. There were 23 issues from February 1916 to December 1918.

The story is well worth the telling. Both Fred Roberts and Jack Pearson won the Military Cross for bravery.

The Wipers Times was originally seen on television in 2013. Ian Hislop and Nick Newman have now adapted it for the stage. Directed by Caroline Leslie, it gets an affectionate performance, much helped by the singing during scene changes when the actors move the furniture around.

The production, like the newspaper, is a mixture of comic sketches, gags, poems and spoof advertisements:

“Are you a victim of optimism? Are you cheerful? Do you believe good news in preference to bad news? Do you believe that our leaders are competent to conduct the war to a successful issue? If your answer is yes two days at our establishment will effectually eradicate all traces of it from your system.”

The humour is authentic. Satire is blended with fact. The Brass Hats were not amused.

The sketches and the songs are staged and performed as if the actors really are soldiers in the trenches and not actors on the stage in a West End musical.

From September to November The Wipers Times will be touring Cardiff, Oxford, Richmond, Southend, Guildford, Salisbury, Manchester, Glasgow and Cheltenham.