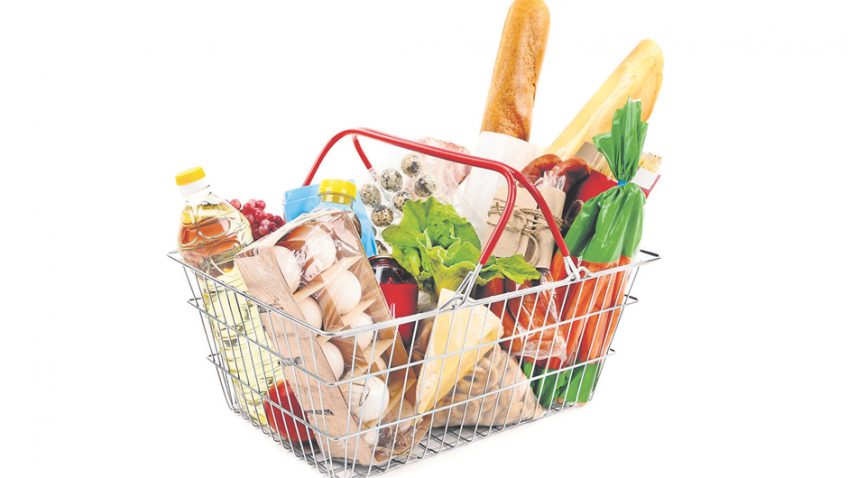 Waste not, want not

There has been an understandable and justifiable focus over the last few years on how much food we waste in the UK but despite the profile this has been given in the press and on TV, we still throw away a staggering amount of food every week. Encouraging consumers to waste less has become a clarion call for food writers and campaigners such as Hugh Fernley-Whittingstall and the WI.

As a nation, we waste more food than any other European country. The House of Commons Library website tells us that ‘research published in 2016 showed that 10 million tonnes of food and drink is wasted in the food chain each year in the UK with individual households contributing the highest proportion of 7 million tonnes.

The cost of waste

The overall cost to the UK of food waste each year is £17 billion, of which £12.5 billion is the cost to households. To look at this another way, the cost of food waste to an average household is estimated to be £470 per year.

Apart from the impact on our wallets, there is an environmental cost as well. Not only are farmers spending time and effort in producing food that we throw away, we then spend time and energy collecting it and disposing of it. So what can we do to reduce this problem?

As with most problems, prevention is better than cure. According to the House of Commons Library Website, the UK Government ‘currently looks to voluntary initiatives, rather than a regulatory approach, to deliver food waste reductions’. UK-wide voluntary initiatives are led primarily by the Waste and Resources Action Programme supported by funding from Defra, the devolved Administrations and the EU. Included in this programme is Love Food Hate Waste, a consumer led campaign that aims to enable consumers to make changes and choices which will lead to a reduction in food waste and save money. Their website has some very useful information, advice, recipes and tips: www.lovefoodhatewaste.com.

The most obvious thing for us all is to plan before we go shopping and only buy what we need. How many of us have been seduced into buying something we didn’t plan for with the ‘Buy One, Get One Free’ offers so favoured by our supermarkets?

If we know we are to be away from home, don’t over-buy food stuffs that can’t be consumed before we leave. Many of us will have grown up with the concept of using leftovers and this is as relevant today as it was during the years of rationing.

Use by and best before dates

Checking the ‘use buy’ and ‘best before’ dates, and understanding what they mean, is also important. As far as food safety is concerned, it is the ‘use by’ date that is the most important. This date is usually found on foodstuffs that will go off, such as fish or meat products and prepared salads.

Following the instruction on what to do once opened is vital, and so if it says that the items should be stored in the fridge and eaten within three days, then that is what you should do. In any event, the item must be consumed by its ‘use by’ date.

When the date is passed, it doesn’t mean that the food will be harmful, but it might begin to lose its flavour and texture. Retailers often use ‘Sell by’ and ‘display until’ dates. These dates are not a legal requirement and are mainly used for stock control purposes; and are not instructions for shoppers. As with all things, common sense should be applied when deciding if something is ok to eat.

As well as sensible buying, we also need to make sure we store perishables properly so they don’t go off before we can use them.

It may seem obvious but keep the fridge clean and uncluttered. Over filling the fridge can affect its performance and may mean it does not reach the required operating temperature which should be 5ºC or below. As the numbers on the dial are not always an indication of the temperature, you should check the temperature with a fridge thermometer if you are in any doubt.

So, keep it clean, use up what you have and buy only what you need. If we all try and make small changes then we can make a start on reducing the size of the nation’s food waste bin.