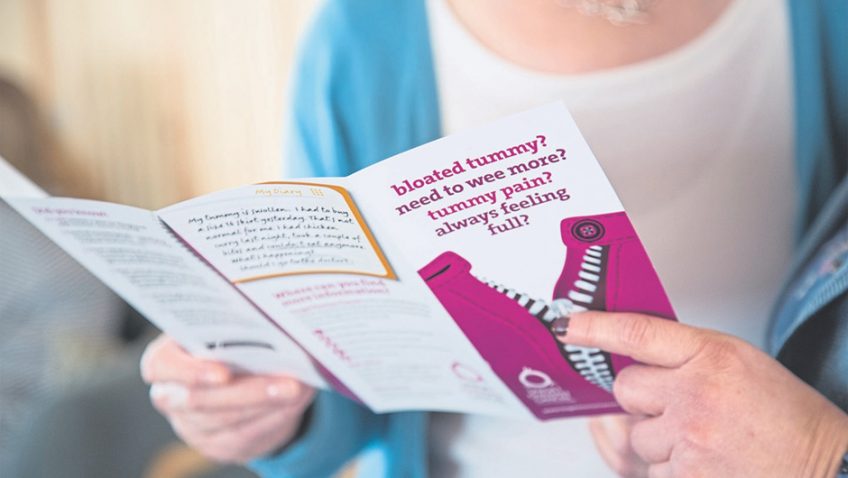 When a woman is diagnosed at the earliest stage, her chance of surviving ovarian cancer for five years or more doubles from just 46 per cent to more than 90 per cent.

However, nearly half of GPs only diagnose symptoms in the later stages of the disease, missing the early warning signs, and less than a third of women in the UK are confident that they know what the symptoms are.

With no screening test for ovarian cancer, a woman’s route to diagnosis is key to her survival. However, each year nearly a third of ovarian cancer patients in the UK are diagnosed in A&E, meaning that the disease is more advanced, treatment options more limited, and survival outcomes lower.

It is impossible to predict who will or won’t develop ovarian cancer, but the most important risk factors are age and a family history of ovarian or breast cancer.

A woman’s risk of ovarian cancer increases with age – with most cases occurring in women who have already gone through the menopause (around 50 years old). However, over 1,000 young women each year develop ovarian cancer too, which is why it’s so important that all women should know the symptoms, especially if they have a family history of the disease.

Symptoms of ovarian cancer are frequent (they usually happen more than 12 times a month) and persistent, and include:

Other symptoms can include unexpected weight loss, change in bowel habits, and extreme fatigue.

If you regularly experience any of these symptoms, which are not normal for you, it is important that you see your GP.

It is unlikely that your symptoms are caused by a serious problem, but it is important to be checked out.