Home / NEWS / Fatbergs – what exactly are they? 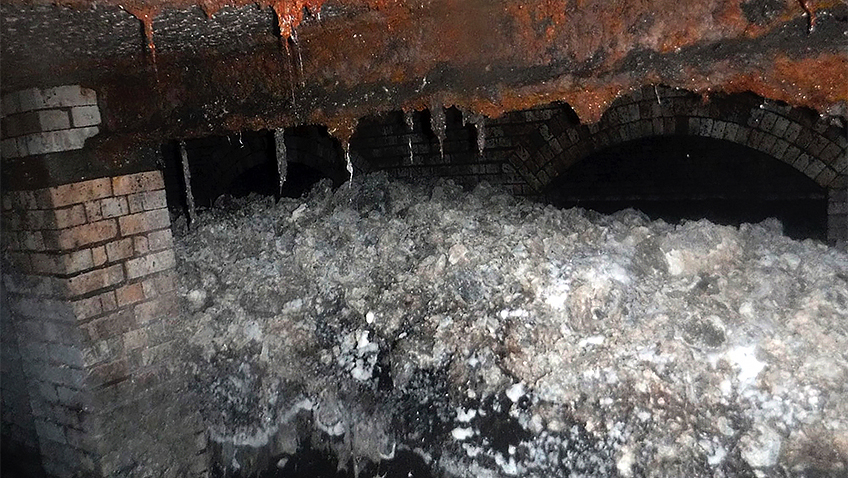 Fatbergs – what exactly are they?

We are all becoming, or at least I hope we are, more environmentally conscious as we start to realise the damage that our waste and rubbish is doing to our planet.

Something new or something different tends to gain news headlines and so it is over recent years with the advent of the “fatberg”, which have slowly found their way into our language and our consciousness. I’m sure you have all heard of them but what actually are they?

Well, if you actually look at them, fatbergs are actually probably one of the most disgusting things that you will ever come up against. Thames Water, who are dealing with these things every day actually define what a fatberg is on their website – they say a fatberg is “a very large mass of solid waste in a sewerage system, consisting of things such as congealed fat, oils and sanitary products that have been put down the drains or flushed down the toilet.”

They go on to say, in an almost Orwellian manner that fatbergs “Quietly expand day after day, the congealed rancid masses of human waste, fat, oil and wet wipes are menaces, unique to 21st century living. Capable of breaking the sewage system, their threat lies in the ability to wreak sewage havoc in homes and businesses. Sewers designed only for water, toilet paper and human waste are increasingly used as a rubbish bin. The sewer system simply cannot cope.”

This is because as a society we tend to flush more and more waste products down our toilets and drains and therefore into our sewage system. Many of us now throw used cooking fat and oils down the drain rather than allowing it to cool and then disposing of it in our bins, thinking it is better to wash them away than send them to landfill, not being aware of the damage that doing so can be helping to inflict. When we then flush other products that take time to degrade down the toilet, products including wet wipes, sanitary products, cotton wool and used condoms for example that will mix with the used oils and fats, then congeal then we are at risk of blockages starting to form. Once a blockage starts to form it can build up quite quickly and start to cause damage to the sewerage system.

Once a blockage begins to form, waste products can’t get past it to the sewage works where they need to go to be treated and therefore with nowhere to go, the waste products simply start to back up until, ultimately, it has to go back to where it came from.

How serious are they?

Well, the simple answer is very!

In fact they can be colossal as can the damage that they can do. In September 2017 Thames Water engineers encountered what became known as “The Whitechapel Fatberg”. This was the largest ever fatberg discovered in our sewerage systems – it was estimated to be twice the length of two Wembley football pitches and to weigh the same as 11 double decker buses, around 130 tonnes apparently. To clear the thing was no pleasant job – it took eight engineers several weeks to clear the fatberg – blasting away at it with high powered jet hoses and clearing between 20 and 30 tonnes of disgusting waste each shift which then had to be taken away for treatment elsewhere. The thing was so big, and the operation to clear it so vast that it became a regular news item in its own right. In fact a public vote actually gave it a name and christened it “Fatty McFatberg”.

In another incident, Thames Water engineers found a huge 40-tonne fatberg blocking a sewer in South London. It was cleared following a heroic effort by their engineers, who even pulled out some of the monster blockage with their hands. The mass, which weighed the same as three red buses, was clogging up an underground sewer in Greenwich and took three weeks to clear, using a combination of high-powered water jets to blast the blockage loose and removing the debris by hand. They pulled out tonnes of fat, grease and other material as they battled the fatberg, which at points had taken up 80 per cent of the sewer’s capacity.

How to prevent them from occurring?

Advice from Thames is that to help reduce the risk of fatbergs forming in the future, we all have a responsibility to ensure only the 3Ps are flushed down the loo – pee, paper and poo!

Cooking oils and fats need to be left to cool and solidify before being disposed of in the bin, instead of putting them down the drain. If in doubt, remember to bin it – don’t block it.

So there you go – let’s all do our little bit and stop these disgusting things from rearing their ugly heads again!