Home / HEALTH / Taking the P***: the decline of the great British public toilet 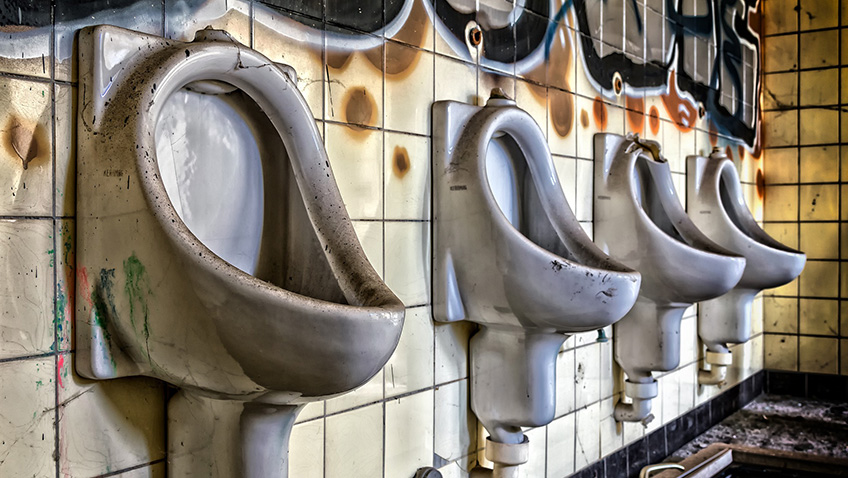 Taking the P***: the decline of the great British public toilet

The Royal Society for Public Health (RSPH) has recently published a report revealing the dire state of our public conveniences and its impact on the public’s health: Taking the P***. The report reveals that three in four of the public say there are not enough toilets in their area: a damning reflection of the nearly 700 council-run toilets that are estimated to have closed down since 2010.

The findings shed light on the health burden of declining public toilet provision, which falls on people with ill health or disability, the elderly, women, outdoor workers, and the homeless. For many, fear of or knowledge of a lack of facilities nearby can tie people to within a small distance of their home, acting as a “loo leash” for one in five of the British public, and two in five of those with medical conditions requiring more frequent toilet use (such as diabetes or bowel conditions). This directly hampers some of the UK’s wider public health efforts, such as curbing obesity, and keeping our increasingly elderly population physically active and socially engaged with the community.

Other findings of the report include:

The Society’s key call is for the Government to make the provision of public toilets compulsory on a well planned and regulated basis. Although a resounding 85% of the public backed this call, it is recognised that statutory provision would place a financial burden on local authorities that will be very difficult to take on, given years of sustained cuts to funding from central government. It is therefore crucial that the Government uses the forthcoming Spending Review to reverse years of chronic underfunding of local authorities, and commit to investment in our civic infrastructure.

RSPH is also calling for:

Shirley Cramer CBE, Chief Executive, RSPH said: ‘Our report highlights that the dwindling public toilet numbers in recent years is a threat to health, mobility, and equality that we cannot afford to ignore. As is so often the case in this country, it is a health burden that falls disproportionately on already disadvantaged groups. Standing in the way of this necessary and serious policy discussion is a stubbornly persistent “toilet taboo”, a decade of cuts to local authorities, and an increasingly ingrained notion that public toilets are merely a “nice-to-have“.

‘Public toilets are no luxury: it’s high time we begin to see them as basic and essential parts of the community – just like pavements and street lights – that enable people to benefit from and engage with their surroundings. It is deeply concerning that amidst a national obesity crisis, at a time when public health policy is to encourage outdoor exercise, our declining public toilet provision is in fact encouraging more people to stay indoors.‘