Home / NEWS / For your convenience 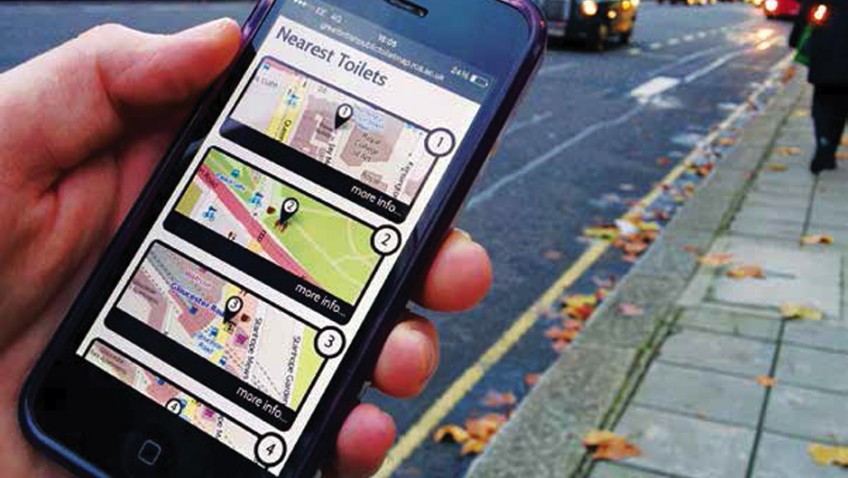 The website that tells you where to go, to go

How many of us have been in an unfamiliar place and wondered where the toilets are, sometimes with the added pressure of needing to get to toilets in a hurry. Knowing that there are not many public toilets left or preferring not to use those that are, where do you go ‘to go’? The Great British Public Toilet Map (GBPTM) is collecting the information of every ‘publicly accessible’ toilet in the UK, and compiling it into a website that can also be accessed from a smart phone.

What do we mean by ‘publicly accessible toilet’? These are facilities that are in the public sector (libraries, parks, town halls), and also in community toilet schemes where local businesses allow general access to their toilets. Network Rail and Open Street map also contributed their information, and we are continually working to gather ‘open data’ on other toilet facilities that the public may have access to, such as supermarkets, department stores and motorway service stations.

The map is interactive and the public can contribute to the information already held. Adding details such as accessibility options, opening times, and even adding toilets that they know to be ‘publicly accessible’ (not just ‘for customers only’). The map has been especially helpful for those who need to access and use a toilet urgently and has been publicised by charities such as Crohns UK, Colitis UK and the IBS network.

The Great British Public Toilet Map was developed during research undertaken by The Helen Hamlyn Centre for Design at the Royal College of Art.

Funded under a Research Councils UK scheme called The new Dynamics of Ageing, the project consulted with over 100 members of the public and toilet providers to understand the challenges people of all ages faced when managing continence concerns, from a parent needing to change nappies or take toddlers to the loo, to older people needing to access toilets quickly.

One of the main issues we found was that with the rise of Community Toilet Schemes, many toilets provided by large companies might be generally accessible in one area, but not in another, and that this was problematic for many people who wanted to travel beyond their local area. The research also found that both providers and users were frustrated by the lack of information about toilets being widely available, as currently there is no national data base of public toilet provision.

The first phase of the map went live in time for the London Olympics in 2012. We then secured further funding from The Nominet Trust to extend our data collection using Freedom of Information requests to request data on toilets from all 406 local authorities.

The GBPTM was relaunched in 2014, holds data on over 10,000 toilets throughout the UK, and is the largest database of provision in the country.

However, we are constantly seeking to improve the data and would like to include photographs of the provision so that people can decide if the toilets suit their specific needs, such as having grab rails in cubicles, wheelchair access and baby changing facilities and are seeking funding to make these improvements and also develop a smart phone application.

Mature Times readers can access the map at www.greatbritishpublictoiletmap.rca.ac.uk. Once you agree to share your location with the website you can see what provision is available in your local area, as well as enter a place name and postcode to find out what facilities may be available for a planned journey.

Readers can also donate to the map and the development of The Great British Public Toilet App through our ‘give a pound to spend a penny’ link.

We also welcome any information on how to improve our data – so if readers find an incorrectly placed toilet they can either correct the location data themselves or contact us to make the adjustments. We hope you find The Great British Public Toilet Map useful and welcome any feedback you have on how we might improve the map.