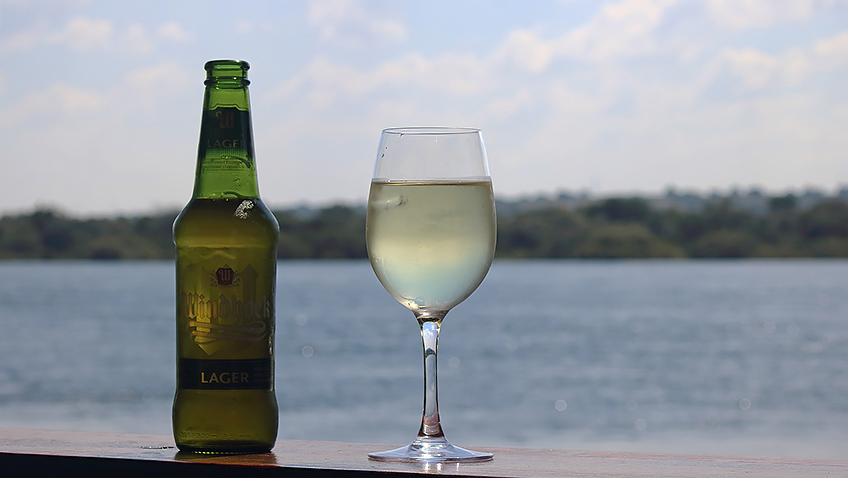 The wine that’s also a beer

Wine that comes in cans is the hottest trend right now. But combine that with a wine made with English grapes, American hops and fermented in the can and the result is a sparkling wine that smells like beer and tastes like champagne. And who was the brain child behind this wine that’s possibly a beer? Warwick Smith, the founder of London’s Renegrade Urban Winery (www.renegadelondonwine.com).

Warwick (who admits to being aged 39 and three quarters) started making wines from scratch four years ago. Using a combination of English and European grapes the winery makes about a dozen different wines a year – the sparkling canned Bethnal Bubbles was an experiment which began in 2017.

Using Seyval Blanc grapes picked in Herefordshire, the Renegrade crew (Warwick, Andrea and Carl) pressed the grapes and fermented the juice using “wild yeasts” (that is yeasts found naturally on the skins of the grapes) into what sparkling wine producers call a “base wine”.

After being matured for two years this base wine was now ready to be turned into the final sparkling “aromatised wine-based drink”. A large nylon teabag filled with American hops was placed in the wine to steep and extract their distinct hoppy aromas while a mix of sugar and champagne yeast was added to start the secondary fermentation (this is what makes the wine sparkling).

The resulting infusion was packed into cans where the trapped carbon dioxide from the now fermenting champagne yeast turned the still white English wine into a mix of bubbles and hoppy aromas.

Opening the wine releases the trapped carbon dioxide and creates bubbles, along with the now dead yeast cells from the added champagne yeast (known as “lees”). The resultant hazy drink might be unacceptable in champagne but to beer drinkers this is quite usual and secondary fermentation in beer bottles creates such beauties as Wheat beer and Worthington White Shield

This unique canned wine unfortunately sold out in 24 hours of its release but the standard version is still available in a 75cl glass bottle (topped with a beer bottle cap) for £25.

M&S House Wine White
£5 M&S
Aromas and flavours of pear and peach. Don’t drink this too cool or you’ll lose the delicate fruitiness in the lower temperatures.

Les Cardinaux 2016
£10 Co-op
This blend of Grenache, Syrah and Mouvedre red grapes tastes of Black Forest gateaux and smells like violet cream. It’s actually quite a light wine for all that.

Morgenhof Estate Chenin Blanc 2017
£13.09 The Drink Shop
This South African Chenin Blanc has plenty of oak and then some more. There’s a hint of apple and lime but it’s rather smothered.