Home / LIFESTYLE / REVIEWS > / FILM REVIEWS / If there is a more beautiful, atmospheric film this year, I have not yet seen it 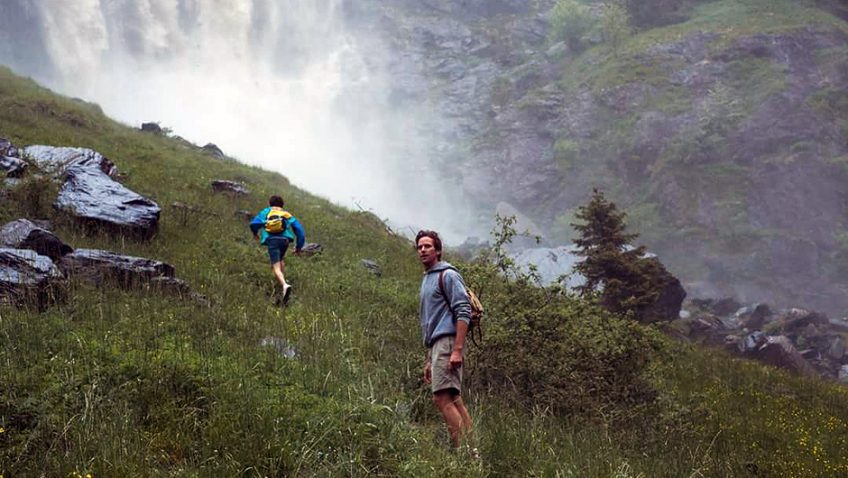 If there is a more beautiful, atmospheric film this year, I have not yet seen it

by James Ivory (the director of Room with a View and Howard’s End), is the third – but much different – film in director Luca Guadagnino’s Desire trilogy, after I Am Love (2009) and A Bigger Splash (2015), all three being set in Italy. To describe the film as a gay coming-of-age story is like saying Wuthering Heights is about a dysfunctional family. This is a Proustian story about the pain of longing that is common to all of us. It is about parental relationships; the joy of languid summer holidays and about first love remembered with nostalgia for what was and yearning for what might have been.

It is the early 1980s and Elio Perlman, (Timothée Chalamet), 17 and trilingual, loves reading and transcribing music for guitar and piano in the sun-drenched garden of his family’s villa in Lombardy. He is spending a usual summer there with his French mother (Amira Casar) and his American father (Michael Stuhlbarg), an archaeology professor and classics scholar. He is pampered by the family’s beloved Italian cook and housekeeper Mafalda (Vanda Capriolo) who lives on the premises with her husband Anchise, (Antonio Rimoldi) the estate manager.

Every year the family takes in a graduate student to assist Mr Perlman as well as to provide a suitable location for the selected academic’s research and writing. Elio, in his bedroom with his local girlfriend Marzia (Esther Garrel), awaits the arrival of their guest. He is not looking forward to giving up his bedroom and sharing his bathroom.

Elio is instantly transfixed by Oliver (Armie Hammer), the 24-year-old American who emerges from the taxi like a Greek god and flops on Elio’s bed, sleeping through dinner and throughout the night. When he emerges at breakfast and is offered a second egg, Oliver declines, saying, ‘I know myself. If I have a second, I’ll have a third…’ Elio is taken aback by such self-knowledge and candor and by the unself-conscious way in which Oliver interacts with people, all of whom seem to adore him. This is no ugly American, but an athlete and brilliant Columbia University teacher who, in a scene straight out of the book, tactfully corrects ‘Pro’ Perlman’s discourse on what Perlman mistakenly claims to be the Greek origin of the word for apricot.

Oliver makes frequent trips into town to deliver the latest pages of a book he is writing about Heraclitus to his translator. Elio, who starts fantasizing about Oliver during his absences, also learns that he supplements his income at informal card games in town. If Elio cannot be Oliver, he wants to be with him at every moment. Esther Garrel and Timothée Chalamet in Call Me by Your Name

When Elio sees Oliver dancing with local beauty, Chiara (Victoire Du Bois) he is more fascinated than jealous for Oliver seems so far beyond his reach. Frustrated by what he perceives to be Oliver’s indifference to him, Elio feigns indifference and even hostility before attempting a less reactive and passive approach. He announces to everyone over breakfast that he almost slept with Marzia the previous night, but the ploy seems to backfire – or is Elio misreading Oliver’s signals?

Oliver’s daily bike rides into town to deliver his pages provide the opportunity for Elio to spend time with him without making his feelings known. Gradually they bond over their intellectual interests, their ‘outsider’ religion (they are both Jewish), their mutual attraction and the lovely assonance in their first names. Both men change before our eyes, but it is Oliver whose demeanour is altered – or revealed – once he stops protecting Elio – or himself from his feelings.

This is, you cannot but think, the film that James Ivory wanted to make following the limited distribution of Maurice in 1987, a film that he co-adapted from EM Forster’s novel and directed. After accolades and awards at the Venice Film Festival, Maurice was given a limited release only in the USA because of the film’s romantic portrayal of gay love. Coincidentally, 1987 is the year in which Aciman’s novel is set, but Guadagnino brought it forward a few years to a less politically and financially charged period. Ivory, now 89, was set to direct, as well as write, Call Me by Your Name

and while it is a shame that he did not, it is hard to imagine a better film.

Through a magical creative transformation, Guadagnino and Ivory manage to convey an adult’s nostalgia for a time of security and discovery, without relying on the novel’s first person narrator looking back. In addition to being ‘novelesque,’ a first person narrator would have destroyed the immediacy of the film; but its absence puts a burden on Chalamet. The young actor has to convey his character’s feelings and reactions to the impenetrable Oliver (and to his father’s uncomfortably direct man-to-man talk at the end) through his body language, facial expressions and interpretation of the dialogue. This is no mean feat, but Chalamet portrays his complex character with such dexterity and intuitive understanding that by the end of the film you feel like you have known him for years. Michael Stuhlbarg, Armie Hammer, and Timothée Chalamet in Call Me by Your Name

The handsome Armie Hammer has played a gay (or, here, bisexual) man in two previous films, J Edgar and Final Portrait, despite being married with two children. He is also, as in the film, Jewish, although it was his terrific performance as the Winklevoss Twins in The Social Network that brought him to Guadagnino’s attention. After that, however, his performances in too many mediocre films led people to wonder if he could really act. In that respect Call Me by Your Name

, which Hammer initially turned down, is a revelation. While at 31, he is a bit too old for the role, his performance is not only perfectly judged, but the chemistry with Chalamet is extraordinary. To paraphrase E.E Cummings, ‘nothing, not even the rain, has such long legs’, and in his shorts, it is all that ‘flesh’ that first impresses Elio.

Guadagnino and cinematographer Sayombhu Mukdeeprom capture the heat of Italian summers and Elio’s tactile universe so sensually that you’ll want to book a flight to Lombardy upon leaving the cinema. But it is Guadagnino’s use of Sufjan Stevens’ songs that is the show stopper in the final scene. The film has simplified the novel’s ending, but the filmmakers transpose into film the equivalent of the Aciman’s gorgeous and powerful final paragraph. Miraculously, they have done so in one long, unbroken take of a close-up, silent only for Steven’s song, Visions of Gideon and then, a faint call to dinner. It is like nothing you have seen before. Bring tissues.