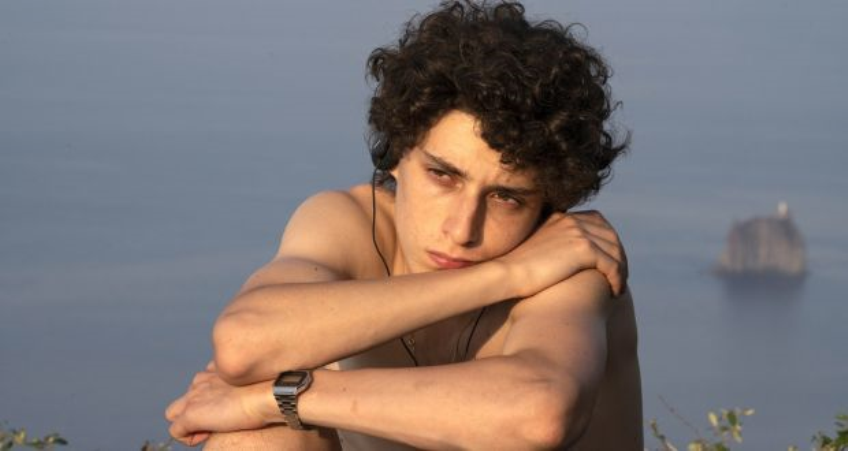 Paolo Sorrentino turns his sumptuous camera on his native Naples, in this uneven coming-of-age story.

It is fair to say that Paolo Sorrentino is, with Luca Guadagnino (Call Me by Your Name), the most renowned Italian director today. When he is good, he is very, very good and when his 2013 masterpiece, La Grande Bellezza (The Great Beauty) won the Golden Globe, the Bafta Award and the Academy Award for Best Foreign Language Film, no one was surprised. When he is not so good it is because of a Felliniesque overindulgence, and the ghost of Fellini haunts Sorrentino’s often wondrous, visually sumptuous and frustrating The Hand of God.

When you see that the film is set in the lively, colourful city of Naples in 1984 the title starts to fit. School boy Fabietto Schisa (Filippo Scotti), his family and everyone in the football crazy city are discussing rumours that a young Diego Maradona is going to sign for the struggling SSC Napoli football team, but few dare believe it.

Fabietto is a quiet, sensitive kid, lanky with curly hair and a beautiful, androgynous face who walks around listening to music through his headphones, and to be different, wearing an earring. Despite the excitement, for Fabietto, life is about more than football. For one thing, there is a growing interest in women, especially his sexy and striking looking Aunt Patrizia (Luisa Ranieri), who flirts with him. While he is tantalised, he is confused by her advances and cannot figure out how to respond.

Patrizia’s problem seems to be that she wants a baby and might suspect that her husband Franco (Massimiliano Gallo), who is violently jealous, is part of the problem. He accuses her of being a whore and beats her when she returns home late one night with a tale – which is dramatised – about being taken to the Little Monk, a mystical character who gives her a fertility blessing. The Schisa family are called over to calm things down and Fabietto encounters domestic violence, which is foreign to him. It takes a while for people to notice Patrizia has mental health issues.

Another interest, although at this point latent, is cinema. When Fellini is in town for bit casting (perhaps for his 1986 film Fred and Ginger) a neighbour who auditions becomes the butt of one of Maria Schisa’s (Teresa Saponangelo) practical jokes – which backfires. Marchino (Marlon Joubert) Fabietto’s older brother, is serious about becoming an actor, and, if he does not get the part the experience piques Fabietto’s interest in cinema.

Some of the most authentic, warm and delightful scenes in the film take place with the family and we grow to like Fabietto’s parents: his good-natured father, Saverio (Sorrentino’s muse, Toni Servillo) and jovial mother Maria. If we are seeing life through Fabietto’s eyes, they are a happy, loving couple. When Maria learns that Saverio has a hidden mistress, the boys are confounded. But Maria’s reaction of loud, furious anger and storming around does not get to the pain we need to feel.

A very long sequence in which the extended family go on an outing is reminiscent of Fellini and his parade-of-life characters. The close-knit family have a summer lunch, followed by a boat ride and a dip in the sparkling blue sea, an outing so sensual that you wish you could be there, rather than watch it. The family poke fun at one another and one struggles to know who is who. The problem is not only that there are so many characters, all sketched, rather than drawn, but that few of them play any significant role in what follows.

In another scene that rings true, Saverio prods their tiny television set with a stick to change the channel because, although he works in a bank, he is a Communist for whom a remote control is a luxury. But when the rumours prove true, tickets to see Maradona are not a luxury, and for his 16th birthday, Saverio gives Fabietto a season ticket. When his parents go to the country for a break, Marchino remains in Naples with his new girlfriend, and Fabietto remains behind to go to the game. Such is fate.

In the most compelling and haunting scene in this film or any other this year, we see Saverio and Maria, who have made up, but tentatively, sitting on a couch in their country retreat reading, and yet not. To say anymore would be a spoiler, but the scene explains the more personal meaning of the title. Maradona, speaking of the goal of the century in the 1986 FIFA World Cup, denied cheating. He told reporters that the goal was scored “a little with his head and a little with the hand of God.”

There are other beautiful scenes, including Fabietto’s visit to Patrizia lonely and sedated in a mental hospital. She asks Fabietto what he wants to be when he gets older, and he shares his thoughts of being a film director. ‘What a great idea,’ she says, ‘that way I can be your muse.’ Fabietto returns her gaze, and whispers, ‘you’re already my muse.’

But a confession that Patrizia makes about the aftermath of her argument with Franco fails to land a punch because it has lost its moment. Then Fabietto tells Patrizia that he believed her when she told Franco that she went to see The Little Monk. The Little Monk, now fixed in Fabietto’s imagination, reappears at the end of the film as he leaves Naples to seek his destiny.

It is not surprising that the film won the Grand Jury prize at the Venice Film Festival. It is an Italian film, a Sorrentino film, and it is about a future filmmaker. Filippo Scotti’s mesmerising performance won the Marcello Mastroianni Award, well deserved. But while the film works as a coming-of-age story – the scene in which Fabietto loses his virginity to their eccentric upstairs neighbour Baroness Focale (a marvellous Betti Pedrazzi) is so real and beautifully acted that we feel like voyeurs – it is less convincing as a budding filmmaker’s journey.

A scene at the end in which a bigshot director gives Fabietto contradictory advice is baffling. Fabietto’s relationship with a mysterious actress comes to nothing and he never discusses acting with his brother. True, Fabietto is an observer of life, but if he is gathering memories for a film he will make at age 51, (i.e. this one) he is not showing any particular passion for the cinema or the rudiments of filmmaking.

The same cannot be said for Sorrentino. It might be unfair speculation, but there is a marked physical resemblance between Timothée Chalamet’s Elio in Call Me by Your Name and Fabietto. And the final, long shot of the film with a silent close up on Fabietto that remains static over the end titles as he listens to a striking song is a dead ringer for that of Call Me by Your Name. It is the right way to end this film but fails to reach the immersive sublimity of Luca Guadagnino’s unforgettable, gut-wrenching ending.