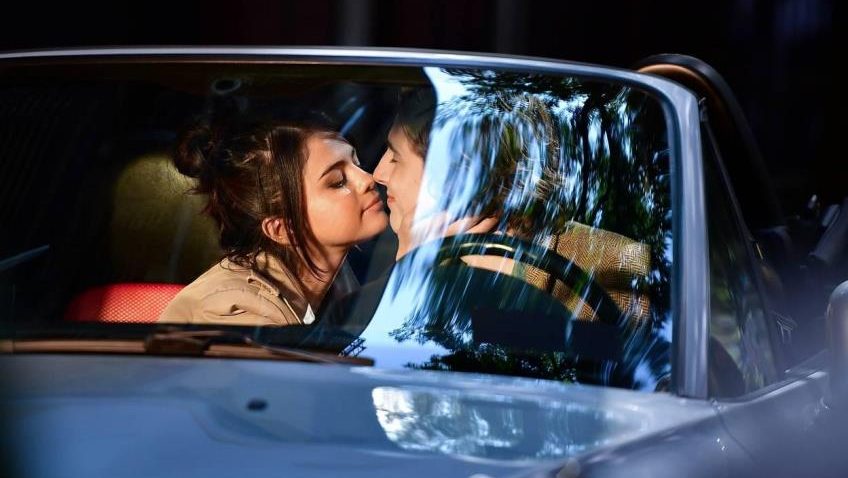 Out of touch with the zeitgeist, Woody Allen delivers a damp squib.

At 84, you might think that writer-director Woody Allen would, like Clint Eastwood, at 78 with Gran Torino; 76-year-old Martin Scorsese with The Irishman, 70-year-old Pedro Almodóvar with Pain & Glory or 57-year-old Quentin Tarantino in Once Upon a Time in Hollywood, look at life from the perspective of an older anti-hero. And, logically, like the latter two films, make a comical, if not profound film about ageing in the entertainment business, where Allen has spent his entire life.

Instead, Allen draws a line under period films (Wonder Wheel, Café Society); hires three of the most bankable under 30 stars in Hollywood – including Academy Award nominated heartthrob Timothée Chalamet – and makes a present day coming-of-age story for a new generation. You could applaud his bucking the trend if A Rainy Day in New York were not a misogynistic damp squib out-of-touch with any generation.

Ironically, the film’s release was postponed and overshadowed by his son Ronan’s attacks on his father and the three stars. Timothée Chalamet (24), Elle Fanning (22) and Selena Gomez (27) have donated their fees to various gender charities. Although Allen has never been found guilty of sexual abuse in a court of law, (in 1993 a judge rejected his adopted daughter Dylan’s testimony) such matters cannot but surface as you watch this story of what happens when two wealthy upstate New York college students decide to spend a romantic weekend in the Big Apple.

As it turns out, Gatsby and Ashleigh have different ideas of what a romantic weekend would be. Gatsby, who has parent issues and plans to miss their big family gathering Saturday night, fusses over arrangements. The Carlyle Hotel, despite being “very old New York”, is rejected for being too close to his parents’ palatial home. He opts for the Pierre on Central Park, opened in 1930. Ashleigh thinks only about her interview. Gatsby, who dresses, and has his hair styled like Woody Allen in Annie Hall, dreams of walks in the rain that culminate in dark leathered-upholstered jazz haunts and glasses of port at the Carlyle bar. Ashleigh would not mind a horse-drawn carriage ride in Central Park “if it doesn’t rain”.

It is probably just as well that, as one thing leads to another in Ashleigh’s interview, the mismatched couple spend so little of the weekend together. Gatsby bumps into people from his past, including Chan Tyrell (Selena Gomez), the younger sister of his high school flame. Chan is now an attractive fashion student who walks around in a t-shirt when Ashleigh is bundled up with sweaters. Chan recalls that her parents disapproved of Gatsby when her sister came down with pneumonia after walking in the rain on their first date. While we perceive they are made for each other, Chan concedes nothing to Gatsby, using a sharp repartee to demonstrate that she is no one’s little sister anymore.

Gatsby’s reaction upon meeting Chan (whom he is coerced into kissing by a mutual old friend making a student film) shows that he is impressed with how she has grown up. Though the film is stuffed with jazz tunes, Allen inserts an instrumentation of Lerner and Loewe’s Belle Epoque set Gigi at this point. (Don’t think of Thank Heaven for Little Girls, if you can help it.) After the pair visit the Metropolitan Museum, Chan admits to having harboured a crush on Gatsby, who only had eyes for her big sister.

The film becomes particularly MeToo! creepy when it follows Ashleigh’s trajectory. Beautiful, blond, bubbly and supposedly bright, she tells the neurotic, insecure director Roland Pollard that if his films were misunderstood (euphemism for box office disappointments) it is because, “you’re too original, you’ve never made one commercial concession!” If Allen is having a joke at his own expense, it is tired.

Although Pollard responds to Ashleigh’s hero worship by inviting her to a private screening, Pollard’s scriptwriter, Ted (Jude Law) momentarily fantasises that Ashleigh can save him, too, from a mid-life crisis. They end up staking out Ted’s unfaithful wife Connie (Rebecca Hall) who is spotted entering his best friend’s apartment. When confronted, Connie refers to Ted’s “15-year-old concubine” at which Ashleigh intervenes, “I’m actually 21”, and digs in her bag for her driver’s licence to prove it. If Ted is not thinking, “Oy vey!”, the audience is.

While Gatsby’s trajectory is soul-searching (any parents who name their son after Jay Gatsby and Orson Welles are open to charges of child abuse), Ashleigh’s story is pure sexist farce. Searching for Pollard at his film studio, Ashleigh bumps into superstar Francisco Vega (Diego Luna, hamming it up), who is followed around by the paparazzi after breaking up with his celebrity girlfriend. Star struck and easily seduced by the heartthrob actor, Ashleigh ends up running out of Vega’s bachelor pad in her underwear when his girlfriend makes a surprise comeback.

If this is the film’s only Carry On moment, echoes of Pretty Woman are yet to come. A dejected Gatsby offers a stunning hotel hooker (Kelly Rohrbach) the $5,000 he won in a quickie poker game to impersonate the still absent Ashleigh at his parents’ party. Cherry Jones, as Gatsby’s mother, deserves a medal for keeping a straight face when she tells her estranged son a family secret – the film’s pathetic big reveal.

Chalamet (Call Me by Your Name), suitably melancholy and charming, is probably incapable of giving a bad performance, but he cannot deliver Allen’s one liners with the comic timing of the master. Gomez has the best lines: whether discussing Ashleigh, “What do you guys talk about, cactus?” or her older sister’s memories of Gatsby: “when you said the Hieronymus Bosch made you feel romantic she knew your therapy wasn’t working”. She also has the best delivery.

Ashleigh is a fantasy – and a character who makes no sense. Entrusted with a big interview by the school paper, Ashleigh acts less like a 21-year-old journalism major than a 16-year-old bimbo. You have to wonder how someone like Gatsby was ever attracted to her to begin with. But by the end of the weekend he is still imagining it could work and recites “in the roaring traffic’s boom/In the silence of my lonely room” from Cole Porter’s Night and Day. When Ashleigh pipes up, “that’s Shakespeare, right?”, Gatsby has that long-overdue epiphany.