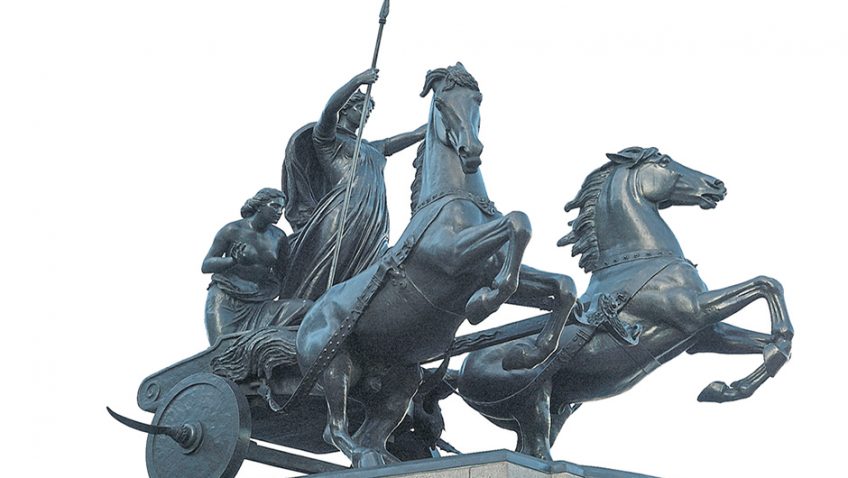 The women who have shaped London

Did you know that it was only last year, in 2017, that a woman was appointed as Metropolitan Police Commissioner? Cressida Dick is the first woman to take charge of the service and took office on 10 April. She is one of the most recent, in a long line of women, to make her mark in London’s history.

, to be published this month, “celebrates the impact women have had – and continue to have – on London’s streetscape, heritage and culture.” The book, by Rachel Kolsky, is the only travel guidebook that focuses on the women who have shaped London through the centuries and the legacy they have left behind, from those campaigning for Votes for Women to a statue of Amy Winehouse in Camden Town with her frail frame and signature hairdo.

Among other influential women documented in the book, are Millicent Fawcett and Daphne Pearson.

Dame Millicent Fawcett (1847-1929), a leading Suffragist, campaigned for Votes for Women for over 50 years. At 19, she joined the executive committee of the London National Society for Women’s Suffrage and between 1907 and 1919 was President of The National Union of Women’s Suffrage Societies (NUWSS). Millicent believed in peaceful campaigning and disagreed with the more militant methods of The Women’s Social and Political Union (WSPU).

At the outbreak of WW1 however, despite many of her fellow suffragists remaining pacifists, Millicent supported the war effort, writing in August 1914, “Women, your country needs you.” With war came a change in attitudes to women and in 1918, the ‘Qualification of Women Act’ was passed, giving women over the age of 30 the vote.

Millicent remained an active campaigner and in 1928, when all women finally gained equal voting rights with men, she was there to witness it.

Daphne Pearson (1911-2000) was a Women’s Auxiliary Air Force (WAAF) Corporal during World War II and one of only thirteen women recipients of the George Cross, the highest medal for gallantry not in the face of an enemy that can be awarded to a UK citizen.

In the early hours of the morning on 31 May 1940, Pearson was woken by the sound of an RAF bomber crashing into a nearby field. Despite the flames from the explosion, Corporal Pearson entered the burning fuselage, released the pilot from his harness and pulled him free of the aircraft. As a further explosion engulfed the debris, Pearson threw herself on top of the pilot to protect him.

After medical staff arrived and took charge of the pilot, despite the continuing danger before her, Pearson went back to the plane to look for the fourth crew member, the radio operator, but found him dead.

Several weeks after the incident, Pearson was commissioned as an officer in the WAAF and served in RAF Bomber Command until the end of the war. She later emigrated to Australia, where she died, aged 89. Her obituary in The Guardian, read: “Daphne Pearson was a woman of great character. Determined, robust and dignified, but with a great sense of humour, she was intensely patriotic.”

These are a mere snapshot of the inspirational stories of women who have, and continue, to influence London’s history. Kolsky’s guidebook is packed with information to fascinate and inspire.

by Rachel Kolsky. Published by IMM Lifestyle Books at £14.99.