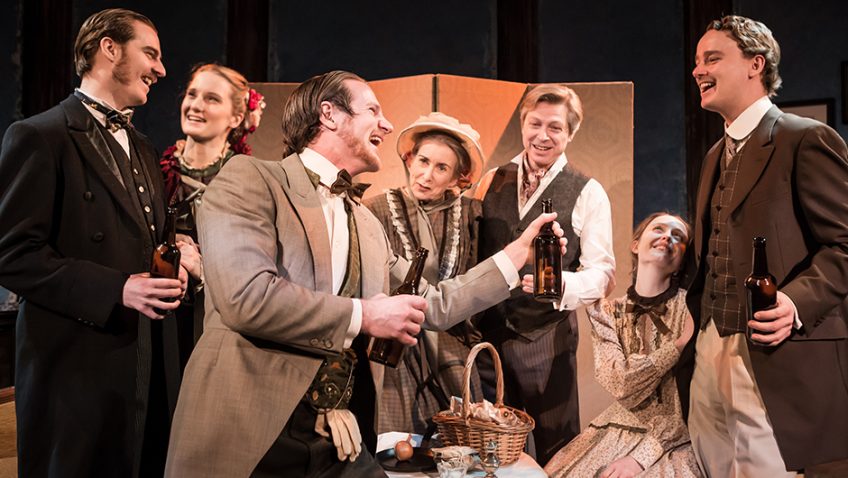 When it comes to Victorian theatre, only Oscar Wilde’s plays and the comic operas by Gilbert and Sullivan are regularly revived today.

Once again Neil McPherson, artistic director of Finborough Theatre, gives theatregoers a rare chance to catch up on Britain’s theatrical past with a revival of H. J. Byron’s Cyril Success, which premiered in 1868, the same year the Finborough building was built. 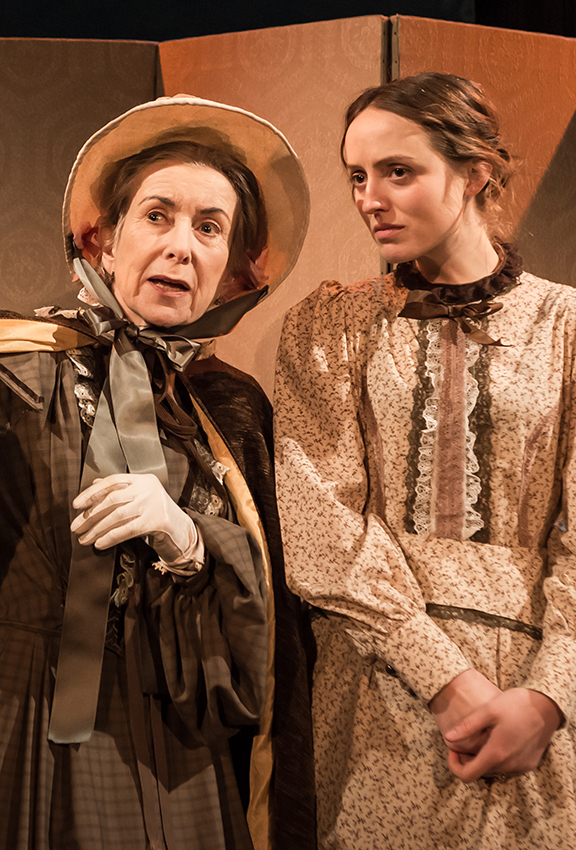 Henry James Byron (1834-1884) was the author of some 150 burlesques, comedies, farces and extravaganzas. His most successful farce was Our Boys, which premiered in 1875 and ran for four years.

His pantomimes, relying on rhyming couplets and excruciating puns, were hugely popular. He created Widow Twankey in Aladdin and Buttons in Cinderella. When the Players Theatre was in Villiers Street, it used to revive Byron’s pantomimes at Christmas.

Byron boasted in the introduction to the printed text that Cyril’s Success was an original comedy and in five acts. Arthur Wing Pinero pointed out there was no particular advantage in a play being in five acts but that Byron’s play had so many faults that it would not be possible for a smaller number of acts to contain them.

Cyril (Tim Gibson) is so successful as a playwright that he neglects his wife (Isabella Marshall) completely. Her former teacher (Susan Tracy) encourages her to believe he is having an affair with a married woman. A notorious womaniser (Will Kelly) steps in to take advantage of her innocence.

The play suddenly gets serious and there is a duel and death. But the seriousness doesn’t last and Byron goes for the full sentimental ending with the dead found not to be dead and apologising for his bad Behaviour.

One of the funniest scenes is when Stephen Rashbrook and Lewis Hart are reading out alternative reviews of Cyril’s latest play. The review Rashbrook reads out is so devastatingly bad that it is hilarious.

NB to producers and directors. There are Victorian plays by Arthur Wing Pinero, W. S. Gilbert, Tom Robertson and Dion Boucicault, which are well worth reviving.