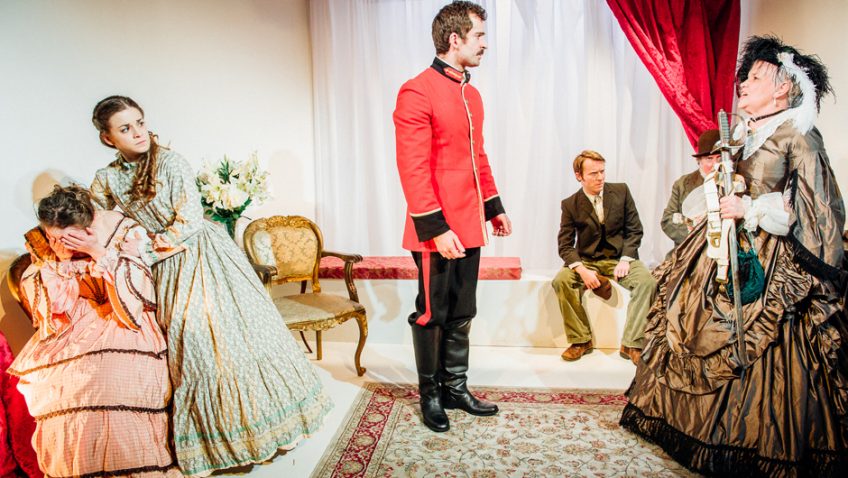 T.W.Robertson (1829-1871) had as great an impact on British theatre in the 1860s as John Osborne had in the 1950s. His “cup and saucer” dramas of contemporary Victorian life were the beginnings of modern theatre.

It is time the National Theatre revived a play by Tom Robertson.

If it were not for Neil McPherson, artistic director of the Finborough Theatre, there would have been no opportunities to see his plays recently. 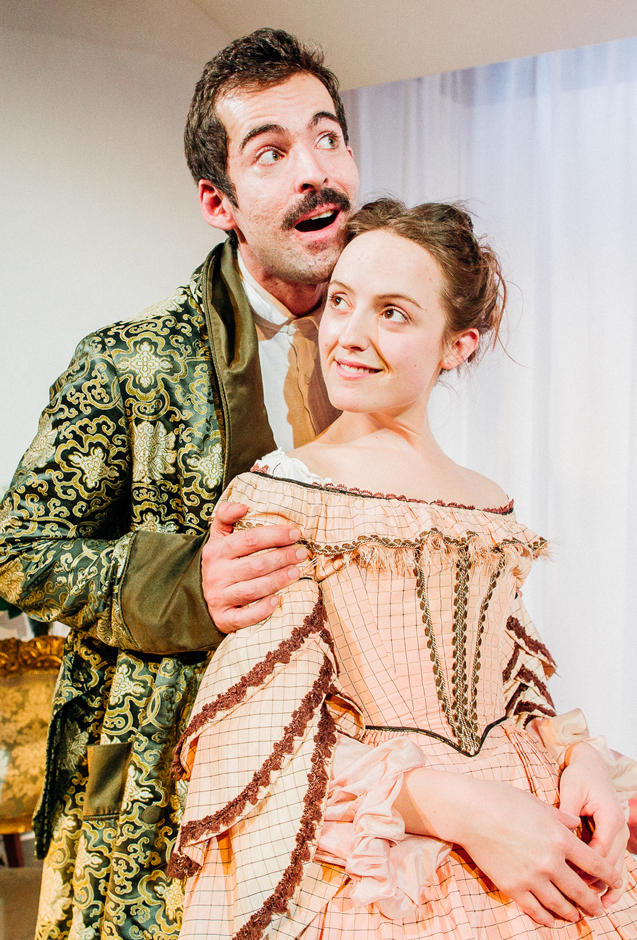 Robertson deserves to be much better known than he is.  He was a brilliant director who insisted that his actors acted in the most natural way possible. The dialogue, the plots, the sets were all recognized in his day as credible and admired and praised for their truth.

Caste, one of his most popular works, premiered in 1867. Its appeal 150 years on is that it is a charming, sentimental Victorian piece about class distinctions, a favourite subject for so much English comedy.

A young rich lord (Duncan Moore) wants to marry a working class girl, a humble ballet dancer (Isabella Marshall).  His best friend is horrified, feeling that she might be all right for a liaison, but certainly never for a wife.

Robertson approves of the social system and says that people should stick to their own class. He wants the status quo with one safe reservation:

“Oh, caste’s all right. Caste is a good thing if it’s not carried too far. It shuts the door to the pretentious and the vulgar: but it should open the door very wide for exceptional merit. Let brains break through its barriers, and what brains can break through love may leap over.”

I much enjoyed the play and the performances of Moore and Marshall and also the rest of the cast.

Rebecca Collingwood is an exuberant soubrette. Neil Chinneck as her fiancé is a thoroughly decent sort of chap and Ben Starr as the condescending best friend turns up trumps..

Paul Bradley does not disguise that the drunken, sponging working class father is an unpleasant brute and Susan Penhaligon’s marquise is a mama even more snobbish than Lady Bracknell.

Caste deserves a much longer run than its brief season at the Finborough.