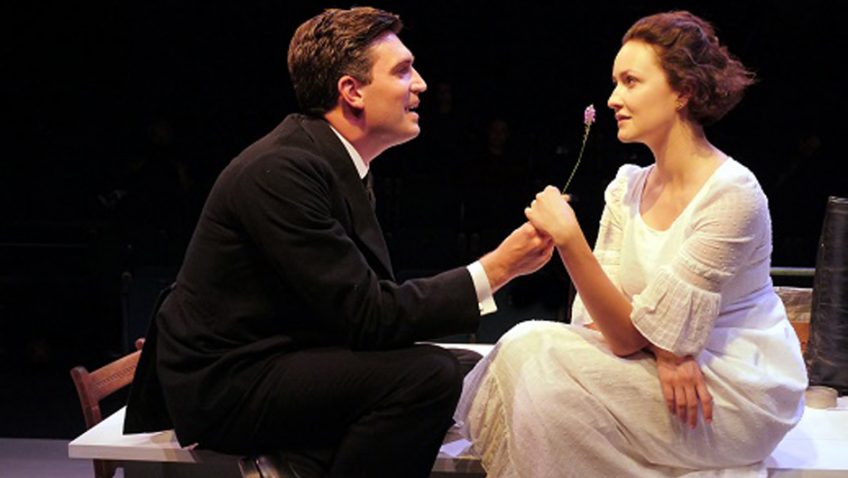 Tom Littler began his first season as artistic director of Jermyn Street Theatre directing a play by Howard Brenton about August Strindberg and his women, called The Blinding Light.

Littler now directs Brenton’s adaptation of Strindberg’s Miss Julie. The production had its premiere in June in the Lake District at Theatre by the Lake in Keswick. There have been so many adaptations of the play recently. Patrick Marber’s After Miss Julie set the play in England in 1945 on the eve of the Labour landslide works really well

There has also been a disastrous French modern existential drama, Mademoiselle Julie, by Frederick Fisbach with 48-year-old Juliette Binoche.

it’s good to see the play set in its correct period and in an intimate studio space seating 70.

The theatre Strindberg founded and managed in Stockholm between 1907 and 1910 had only 150 seats.

Miss Julie premiered in Copenhagen in 1889. The Danish censor had banned it, so it was produced in a private room to an audience of undergraduates and critics.

The play was widely attacked for its immorality and condemned as sordid and disgusting.

The action, 90-minutes of concentrated class hatred and lust, takes place on Midsummer Eve, traditionally a good time for having sex.

The beautiful Miss Julie (Charlotte Hamblin), who is used to giving orders and expects to be obeyed instantly, recklessly throws herself at Jean (James Sheldon), her father’s valet, who is engaged to be married to Kirstin (Isabella Urbanowicz), the cook.

She taunts, goads and insults him until, finally, she gets him to do what she wants. And they are both humiliated.

Strindberg was the son of a servant girl and in this play he clearly drew on his own feelings of inferiority to his first wife, Siri von Essen, a baroness. Like Jean, he resented being at the bottom of the tree and wanted to climb up.

Littler’s production takes its time at the beginning, establishing not only the relationship between Jean and Kirstin but also concentrating in detail on their domestic chores in the kitchen.

The acting of Hamblin, Sheldon and Urbanowicz is first-rate and Strindberg’s masterpiece carries a terrific punch.