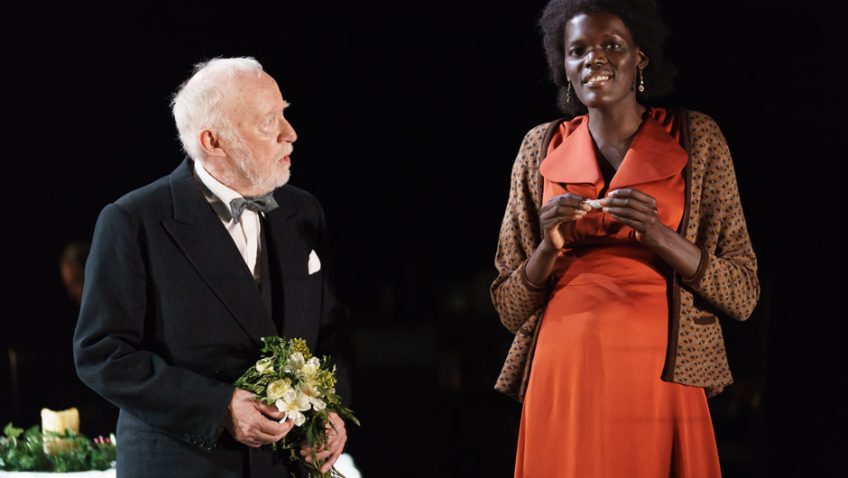 Conor McPherson and Bob Dylan have a big success

Bob Dylan approached Conor McPherson to see if he would like to write a play which used his songs and went on to give him permission to use them in any way he liked.

Dylan’s songs are drawn from every decade of his back catalogue. The oldest is from 1963; the newest is from 2012. The songs are sung into stand-microphones, directly to the audience. Shirley Henderson and Sheila Atim in Girl from the North Country

Girl from the North Country is not a juke-box musical, a mere compilation of greatest hits; nor is it a Broadway blockbuster. It’s a conversation between the songs and the story.

The songs are used to articulate the feelings of the characters and beautifully sung they give the play its extraordinary emotional depth.

The action is set during the American Depression in 1934, a time of despair, so memorably recorded by John Steinbeck in his novel, The Grapes of Wrath and by Dorothea Lange in her photographs.

Only musical instruments which existed in the 1930s are used.

The characters are a cross-section of people at a boarding-house in Minnesota. They include the owner (Ciaran Hinds) in debt, his wife (Shirley Henderson) surprisingly young and suffering from severe dementia, and his drunken, jobless would-be writer son (Sam Reid).

There is a boxer (Arinze Kene) on the run and a Bible salesman (Michael Shaeffer) who is a blackmailer and a thief. There is a couple (Stanley Townsend and Bronagh Gallagher) with a grown-up son (Jack Shalloo) with a mental age of 4.

One of the most moving scenes is when an old man (Jim Norton) begs a much younger and pregnant woman (Sheila Atim) to marry him.

I shall be very surprised if Girl from the North Country does not have the same sort of success as McPherson’s best-known play, The Weir.