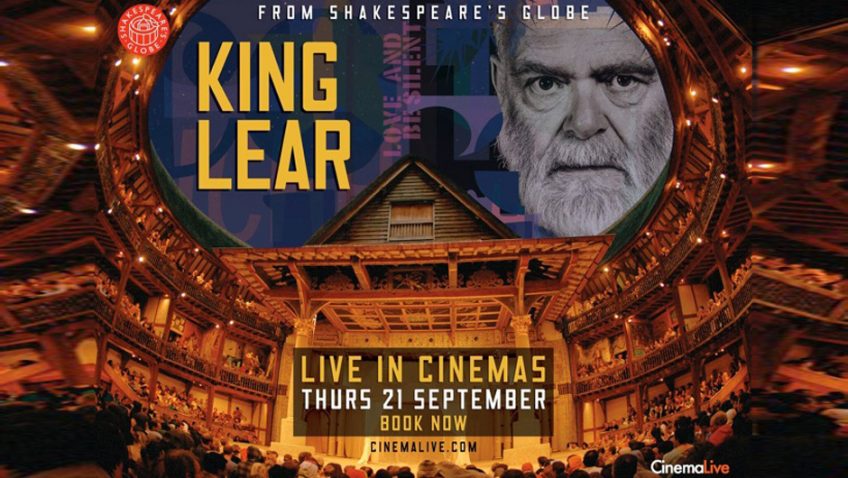 CinemaLive and Shakespeare’s Globe are pleased to announce the first live cinema broadcast from this iconic, open-air theatre.

Actor Kevin McNally, best known to audiences worldwide for his role as Gibbs in the Pirates of the Caribbean film series, takes on the role of King Lear in this live cinema broadcast from London’s Shakespeare’s Globe. On stage, Kevin’s credits include playing Claudius in Michael Grandage’s Hamlet in the West End and on Broadway, David Bliss in Howard Davies’ Hay Fever in the West End, and Alan Bennett in Nick Hytner’s original production of The Lady in the Van. Nancy Meckler, founder and former Artistic Director of renowned theatre company Shared Experience, will direct the production.

This is the first performance to be broadcast live to cinemas across the country from Shakespeare’s Globe on London’s Bankside, as well as the first production that the theatre and CinemaLive are to partner on.

Since its opening in 1997, the Globe has welcomed thousands of visitors from across the world. Now in its 20th anniversary year, Shakespeare’s Globe, in partnership with CinemaLive, will provide a unique opportunity for a whole new audience to experience one of the Bard’s greatest plays, being performed live in this incredible setting.

CinemaLive Director Janelle Mason commented: “We’re really excited to be working with Shakespeare’s Globe and proud to be delivering their very first live production from this iconic theatre, to UK cinemas. We aim to capture the true atmosphere of this one-of-a-kind setting, rain or shine, and bring it to theatre lovers in the comfort of their local cinema.”

For more information, ticketing and a list of all participating cinemas in the UK and Ireland please visit www.cinemalive.com