Home / TRAVEL / DAYS OUT / A cinematic treat for Easter 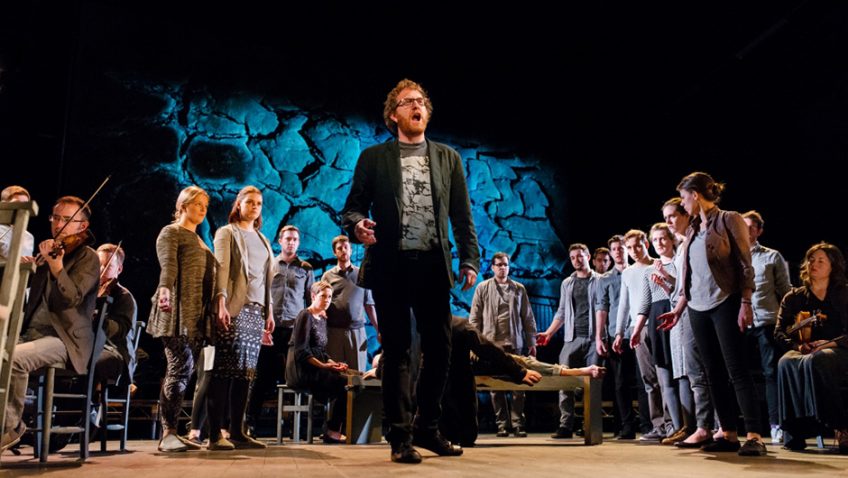 A cinematic treat for Easter

Bristol Old Vic has announced their partnership with Event cinema specialists CinemaLive to deliver the theatre’s critically acclaimed 2017 production of Handel’s Messiah to cinema audiences for Easter 2018, due to be screened in over 300 cinemas nationwide on 28th March.

Positioned between opera and theatre, this powerfully accessible interpretation of Handel’s seminal work explores the drama and struggle of faith, showing a bereaved community whose grief at the loss of their leader is transformed into hope through a narrative of resurrection. Inspired by early performances of the work, which were staged in theatres and concert halls rather than churches, including its first performance at Bristol Old Vic in 1782, it is a rare treat for connoisseurs and enthusiasts alike.

Recorded in April 2017, Messiah returned to Bristol Old Vic following its sell-out debut at Bristol Proms in 2013. UK Theatre Web, Stage Talk, Classical Source, and The Reviews Hub all gave the production five-star reviews. The Times said “Director Tom Morris makes good use of the Old Vic’s intimate auditorium for this direct and impactful interpretation of Handel’s oratorio”. The Stage called it “astonishingly beautiful” and “a relatable and very human story of loss and grief.”

CinemaLive Director Janelle Mason commented: “We’re absolutely delighted to be working with Bristol Old Vic to bring such a highly acclaimed and powerful production to our cinema audiences for Easter.”

‘Our aim was to explore the emotional drama of Handel’s music in the unique intimacy of our theatre, and thanks to the talents of film director Nick Wickham, a broader audience beyond our theatre can now also feel this intimacy from a cinema seat.”

For more information, ticketing and a list of all participating cinemas in the UK and Ireland, please visit cinemalive.com