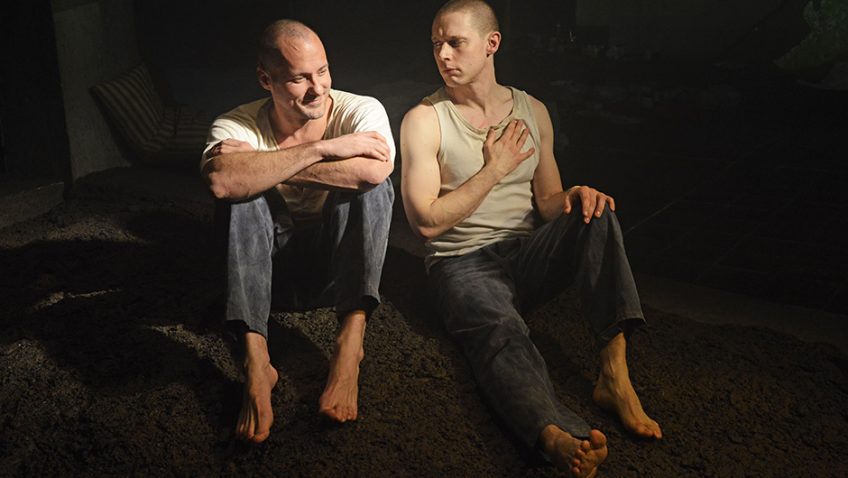 First there was the novel by the Argentine writer Manuel Puig in 1976. Then there was the play in 1983 with Simon Callow and Mark Rylance at the Bush when the theatre was in a tiny space above a pub.

Then there was the movie with William Hurt and Raul Julia in 1985. Hurt won an Oscar for Best Actor. In 1992 there was a vulgar and tasteless musical by John Kander and Fred Webb in which political prisoners suddenly transformed into chorus boys. 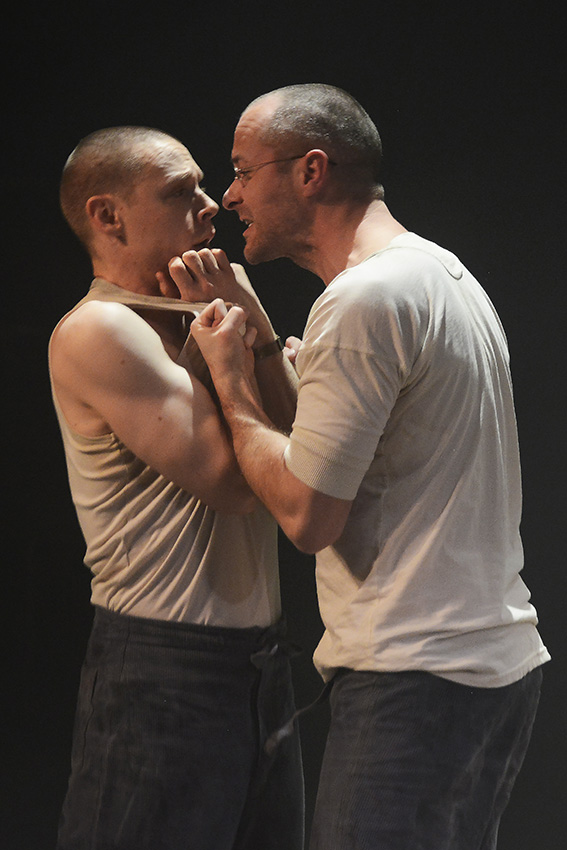 Declan Bennett and Samuel Barnett in Kiss of the Spider Woman

Laurie Sansom now directs a new version by Jose Rivera and Allan Baker who have gone back to the original novel. The Menier auditorium and stage, as always, have been refigured.

Two men share a cell in the Villa Devoto prison in Buenos Aires during the dictatorship. The play is about their relationship: they have nothing in common and are seemingly incompatible.

Molina (Samuel Barnett) is a homosexual window-dresser, arrested for gross indecency with a minor. Valentin (Declan Bennett) is a Marxist freedom fighter, arrested and tortured for political reasons.

It is a story of loneliness, compassion and humanity. Molina looks after Valentin when he becomes sick and cleans his body. Valentin reciprocates the kindness.

Both men have their fantasies. Valentin believes the revolution is going to solve things. Molina, obsessed with beauty in women, lives in a world of bad movies which he loves to embroider in the retelling.

He recounts four stories: The Panther Woman, a Nazi propaganda film, a zombie horror movie and a Mexican love story. In Sansom’s production, as he speaks the fantasies are projected in silhouette on to the concrete walls of the prison, a totally unnecessary addition.

In the film there is brilliant parody of a terrible French resistance movie which is hilarious in its own right and which, at the same time, counter-points the main story with its account of betrayal, shootings and death.

The film also works better than the play at the very end when we actually saw what happened to Molina rather than have him just tell us.

The two actors hold the attention. Samuel Barnett has the showier role and gives his best performance I have seen him give since he acted Posner in Alan Bennett’s The History Boys.