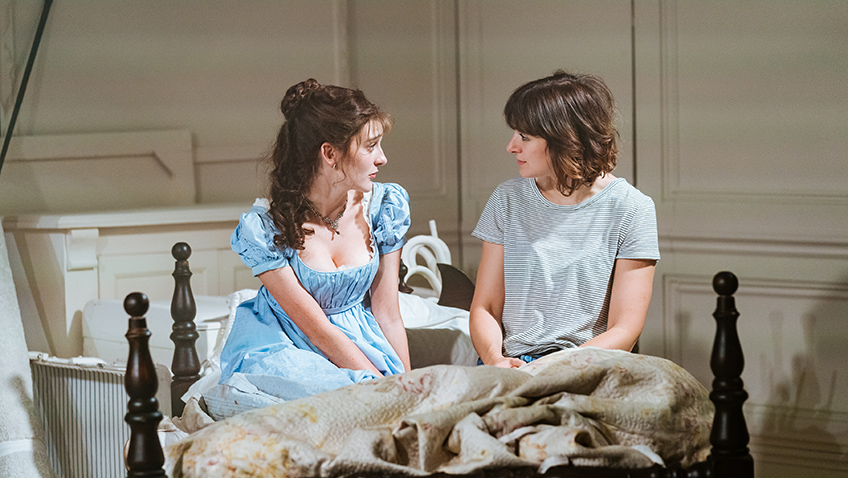 Jane Austen began writing The Watsons in 1804 when she was in her late twenties. She abandoned it in 1805; and nobody knows why. Some have guessed the subject matter was too close to home. The 80-page fragment was not published until 1871.

Nobody knows whether Austen intended Emma Watson, the 19-year-old heroine, to marry an unappealing tongue-tied aristocratic oaf with a castle and lots of money, or to marry a decent clergyman with no money. She might even marry a conceited flirtatious cad. 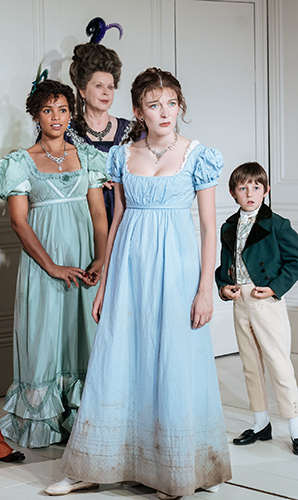 It is a truth universally acknowledged, that a single woman not in possession of a good fortune, must be in want of a husband.

An advantageous marriage is a fundamental social necessity in Regency England and Emma (Grace Molony) needs to marry quickly if she is not to end up in genteel poverty.

Brought up by a wealthy aunt for the last ten years, she is much better educated and refined than her sisters and therefore she has more chance of a good catch than they have.

A great number of people have attempted to finish the story. Laura Wade, author of Posh and Home, I’m Darling, is the latest and her version, which takes its cue from Pirandello, is most original.

A 21st century author (Louise Ford), intending to finish the novel, enters the play herself in the guise of Laura, the maid, and immediately intervenes when Emma accepts Lord Osborne’s proposal of marriage.

There is a great first act curtain when all the characters enter by the same door, all 15 of them, led by the aristocrat’s formidable mama (Jane Booker), to challenge Laura Wade herself.

Austen’s characters, shocked to find they are fiction and outraged at having to do what she wants them to do, decide to take matters into their own hands and do what they want to do without consulting her. The result is anarchy. There are references to Rousseau and Delacroix.

Samuel West’s production, which premiered at Chichester Festival’s Minerva Theatre earlier in the year, is an enjoyable existential frolic.