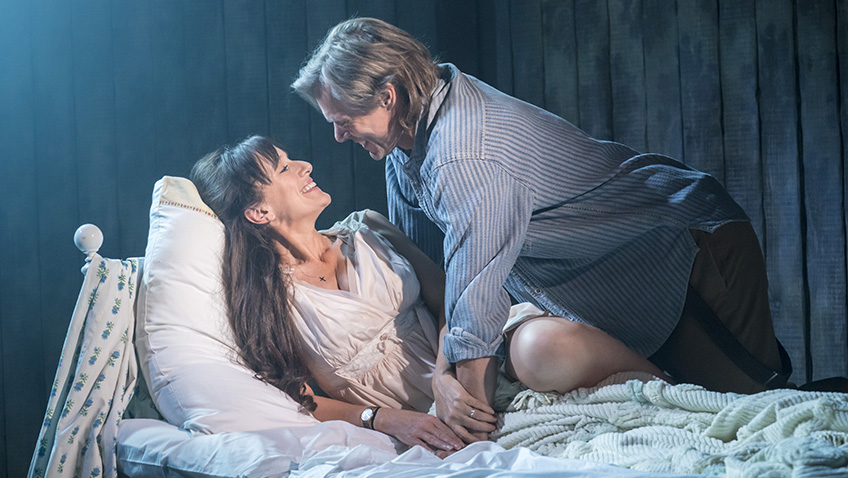 Firstly, there was Robert James Waller’s romantic novel in 1992. “The worst book in living memory,” said The New Yorker. Readers didn’t care. It was on the best-seller list for 15 weeks and 10 million copies were sold worldwide.

Then there was the film in 1995 with Clint Eastwood and Meryl Streep. Eastwood had never been so tender and loving. 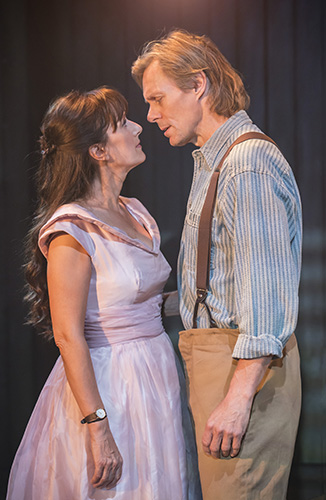 The musical with music and lyrics by Jason Robert Brown and book by Marsha Norma premiered off-Broadway in 2012. Brown won a Tony award for his score and orchestration.

The Bridges of Madison County is a perfect tearjerker for late middle-aged audiences, who can readily identify with the poignancy of an opportunity not taken and regretted for the rest of their lives.

The story, set in 1965, describes a four day affair between an Ohio housewife and a charming itinerant photographer whilst her husband and her teenage children are away on holiday.

The Italian born housewife had met her husband when he was a soldier in World War 2. He is a hardworking farmer, a good man, and life is nice but dull. It is not the life she had dreamed of when she was a girl.

The photographer, who is on an assignment to shoot bridges for National Geographic magazine, is divorced and without any commitments. He pleads with her to come away with him.

The musical is at its best when it concentrates on the two leading characters. Trevor Nunn’s production lasts 2 hours 45 minutes and there is too much unwanted baggage, flashbacks, state fair, graduation, wedding, and none of them needed.

The final section is particularly messy and there is nothing comparable to the movie’s moving silent farewell scene at a distance at the traffic lights in the pouring rain in separate vehicles, he in his truck and she in her car with her husband.

Jenna Russell and Edward Baker-Duly sing pleasantly and give intelligent, sensitive and restrained performances. They have a fine duet, One Second and a Million Miles. He has a powerful and poignant final number, It All Fades Away.