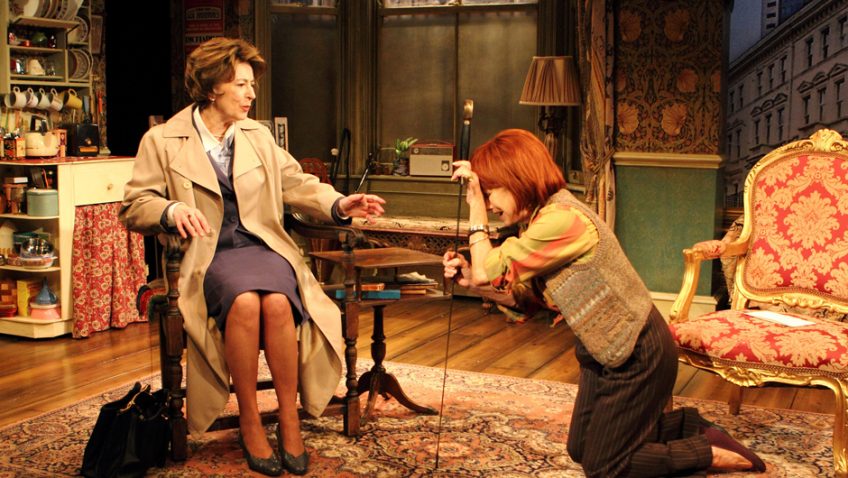 Felicity Kendal takes on the role created for Maggie Smith

Peter Shaffer, famed author of Amadeus, The Royal Hunt of the Sun and Equus, died last year. He was 90.

Trevor Nunn was keen to pay Shaffer a tribute with a revival of one of his plays and delighted when David Babani, artistic director of The Menier Chcolate Factory, invited him to direct Lettice and Lovage 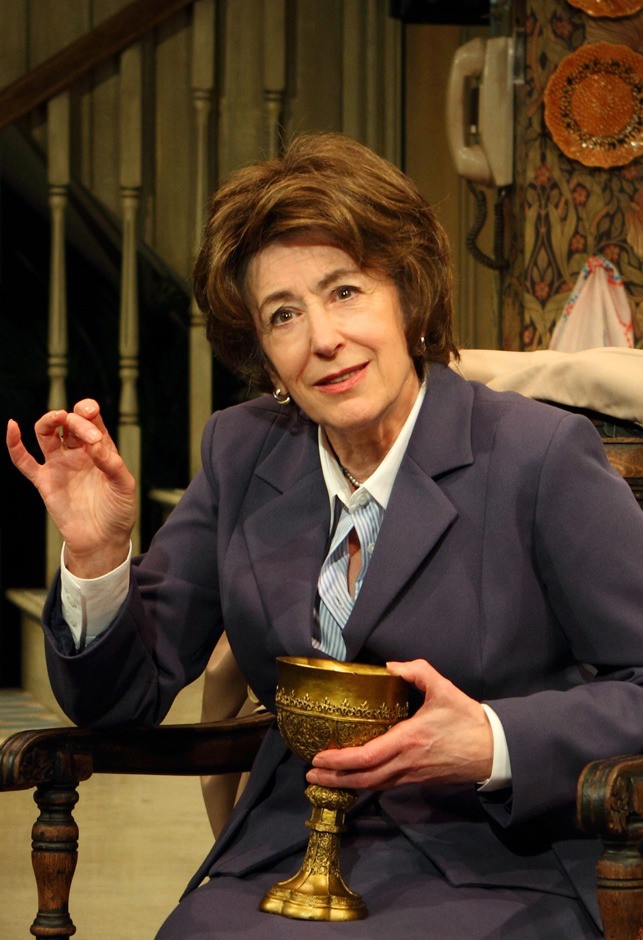 Maureen Lipman in Lettice and Lovage

Shaffer had written the play specifically for Maggie Smith. It premiered in 1987 and she had a great success in London and New York, a hard OTT act to follow.

Lettice Douffet (now played by Felicity Kendal) is an eccentric guide at the dullest stately home in England; so dull that she allows her imagination to run away with her.

Her motto is Enlarge! Enliven! Enlighten!

The opening scene, in which she describes an incident on the Tudor staircase, is repeated four times to different tourists. The historical facts are embellished more and more each time.

Her immediate superior (Maureen Lipman), a brusque efficient personnel officer, invites her to come to her office and sacks her.

The play then becomes the story of the unlikely friendship which develops between these two very different women. They indulge their schoolgirl passion for dressing up as historical characters and acting out death scenes.

Lettice and Lovage, overlong, is not a good play and the third act is especially embarrassing. Kendal and Lipman are hard pressed.

And then instead of ending on a downbeat note of public humiliation, the play’s true end, Shaffer chooses to end on a comic upbeat note of mild anarchy, a campaign against hideous modern architecture.

I should have thought Shaffer’s very first play, Five Finger Exercise, which premiered in 1956, was more worthy of revival.

It would be fun, too, to see Shaffer’s Black Comedy again – one of the great one-act farces of all time.