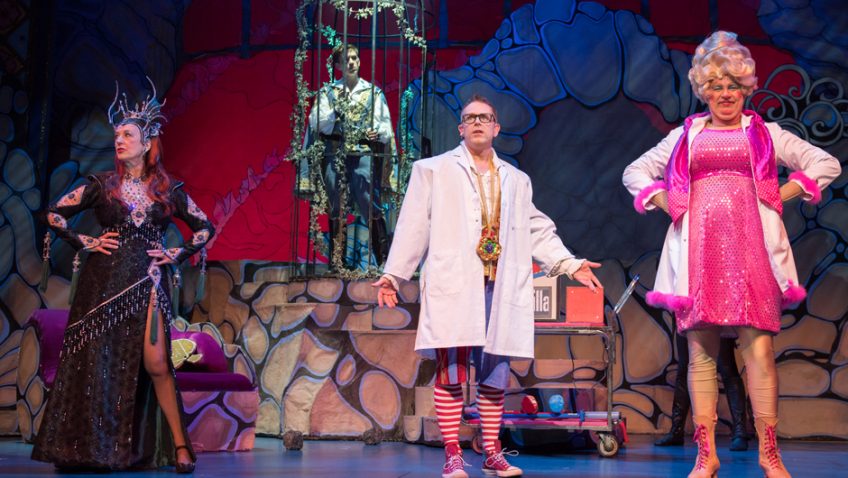 I have seen mainly ballet versions. I was lucky enough to see Margot Fonteyn’s Aurora and I have never seen the notoriously difficult Rose Adage better danced.

The last time I saw Sleeping Beauty as a panto was years and years ago at Golders Green Hippodrome just before it closed. And it was terrible; enough to send anybody to sleep for 100 years. The only redeeming feature in all the tat was a very glamorous Danny La Rue Charles  Perrault’s La Belle au bois dormant was first dramatized in England in 1806 and has been a great standby in British theatre ever since. The legendary clown, Grimaldi appeared in a pantomime version in 1822.

J.R. Planche’s extravaganza, produced at Covent Garden in 1840, was much admired for its singing, dancing and spectacle. Beauty (Princess Is-A-Belle) was played by Madam Vestris, famous for her voice and legs.

On the first night the machinery broke down, the fairies didn’t fly and the Prince slipped as he picked Beauty off the bed and they both fell to the floor. Well, that’s show business

At Richmond, Beauty and the Prince are very much secondary characters

Maureen Lipman, making her panto debut, is Carabosse, the wicked fairy who is not invited to the christening.

Chris Jarvis (who also directs) is Chester the Jester and he has a very good rapport with the audience and especially the children. Matt Rixon is Nursie, a big guy in drag and he has a different dress for every scene.

There were two further performances which stood out on the press night. One was by a member of the chorus in a red costume. The other was by a tiny little boy from the audience who was invited on stage. His jigging upstaged Jarvis completely.

The show is most fun when Chris Jarvis, Matt Rixon and Dan Partridge sing their version of “Twelve Days of Christmas”.