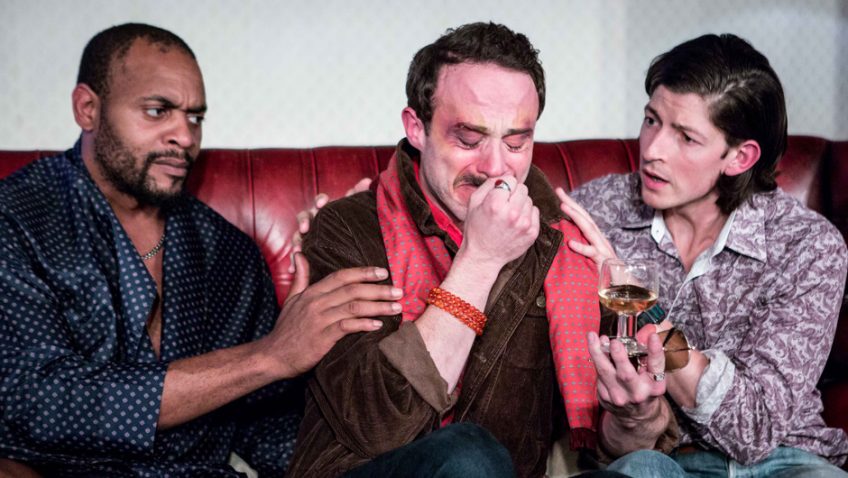 Less than three weeks ago I saw Twilight Song, the last play Kevin Elyot wrote before he died, and which was posthumously premiered. Now I am seeing the very first play he wrote, Coming Clean, for the first time.

Kevin Elyot is the author of My Night with Reg, one of the very best gay plays, which premiered in 1994 and was successfully revived in 2014. 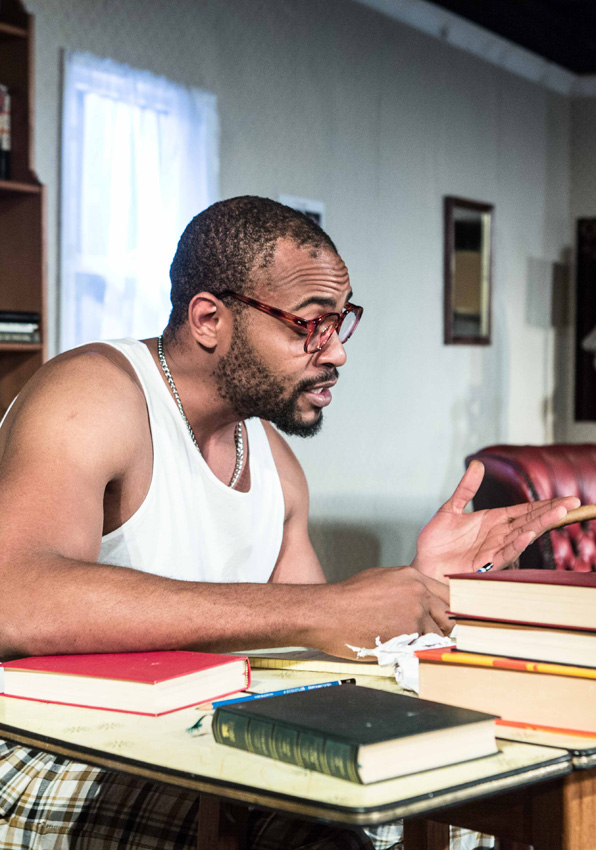 2017 is the 50th anniversary of the decriminalisation of homosexuality. Hence, the revivals.

At Tate Britain there is the Queer British Art 1861-1967 exhibition. On television there has been Against the Law (about the Lord Montagu trial), the film The Man in the Orange Shirt and Queers, a series of monologues. At the National Theatre Tony Kushner’s Angels in America is having a major success.

Coming Clean had its premiere at the Bush Theatre in 1982 and the present production by Adam Spreadbury-Maher, which is well cast, is its first since then.

Described at the time as a gay kitchen sink play, the setting is an untidy first-floor flat in Kentish Town in 1982. Tony (Lee Knight) and Greg (Jason Nwoga) have been in a relationship for the last five years and are committed to each other but both like to go to discos, bars and clubs and have a one-night fling.

Things go awry when Tony engages an out-of-work actor, Robert (Tom Lambert), as a cleaner and discovers later that Greg and Robert have been having an affair. Greg doesn’t understand what the fuss is about. They have never been faithful to each other.

Tony decides to have a fling with Jürgen (Elliot Hadley), a German from Hamburg, dressed entirely in leather. Given that Elliot Hadley is also playing Tony’s very gay friend, William, I thought for a moment that Tony and William were indulging in a fantasy. It might have been funnier if they had been; but Jürgen and William are two quite separate characters.

Coming Clean was well received in 1982. It showed considerable promise then. It still does show promise.