Home / TRAVEL / DAYS OUT / Have fun with the singing nun 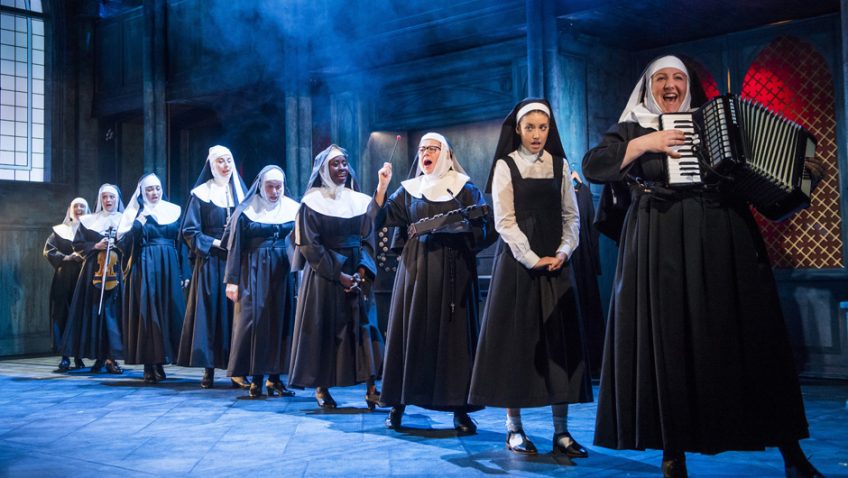 Have fun with the singing nun

This all new production of Sister Act is directed and choreographed by Craig Revel Horwood with musical supervision and arrangements by Tony Award-Winner Sarah Travis. Set and costume design is by Matthew Wright, with lighting design by Richard G Jones and sound design by Richard Brooker. Alexandra Burke recently starred as ‘Rachel Marron’ in the national tour of “The Bodyguard”, a part she also played in the West End. She originally rose to fame after winning the fifth series of The X Factor. Her debut number one single Hallelujah sold over one million copies in the UK, a first for a British female soloist. Burke’s first album, Overcome saw the release of her subsequent number one singles Bad Boys and Start Without You. In 2011 she embarked on her first solo tour and was invited by Beyoncé to support her I Am… Tour. Her second album, Heartbreak on Hold, was released in June 2012.

Craig Revel Horwood is probably best known as a judge on BBC One’s “Strictly Come Dancing”. As a director and choreographer his many credits include the recent all-star concert of Stephen Sondheim’s “Follies” at the Royal Albert Hall, “Sunset Boulevard” at the Comedy theatre in the West End, the national tours of “Fiddler on the Roof”, “Spend Spend Spend” and “Chess” (also Toronto) and “The Witches of Eastwick”, “Martin Guerre” and “Copacabana”, all at the Watermill Theatre. Craig also wrote and directed a brand new show, “Strictly Confidential” that toured the UK starring familiar faces from Strictly Come Dancing as well as the annual arena tours of “Strictly Come Dancing”. Sister Act features original music by the 8 time Oscar and Tony Award winner Alan Menken. Alan’s credits include the films and stage musicals of Disney’s “Beauty and the Beast”, “Aladdin”, “The Little Mermaid” and “Newsies” as well as “Tangled”, “Enchanted”, “The Hunchback of Notre Dame”, “Pocahontas” and “Hercules” on film. His other credits include the film and stage production of “Little Shop of Horrors”.

Sister Act has music by Alan Menken, lyrics by Glenn Slater, with a book by Cheri Steinkellner and Bill Steinkellner and additional book material by Douglas Carter Beane. Based on the Touchstone Pictures Motion Picture “Sister Act” written by Jacob Howard.