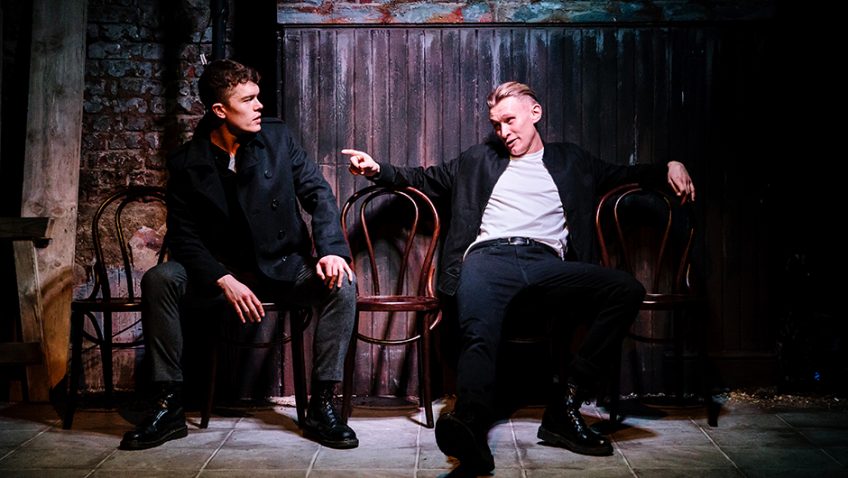 Steven Berkoff describes East as “an elegy to the East End and its energetic waste.”

It had a big success at its premiere in the 1975 Edinburgh Festival and transferred to the King’s Head in Islington.

42 years later it’s back at the King’s Head in a production by Jessica Lazar. 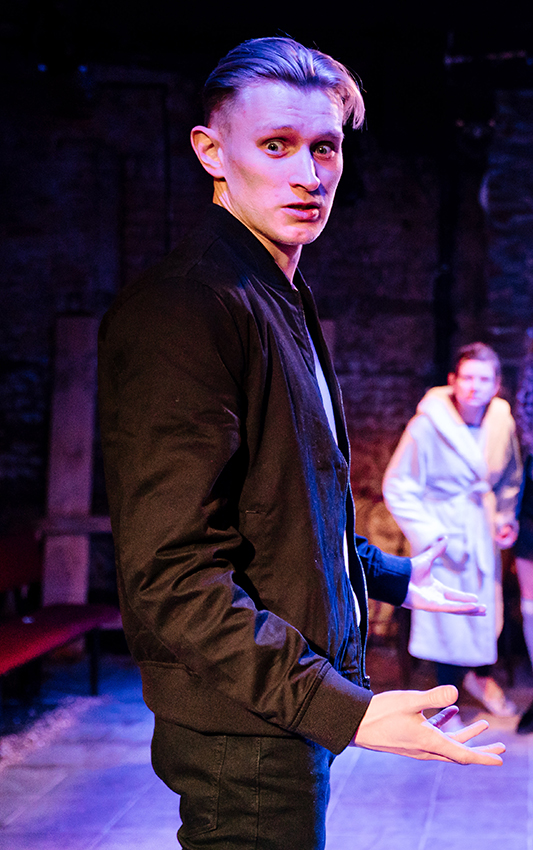 Berkoff said he wrote the play to exorcise certain demons struggling within him to escape.

“East is an outburst or revolt against the sloth of my youth and a desire to turn a welter of undirected passion and frustration into a positive form.”

The play is a series of self-indulgent, overlong monologues. The expletive-ridden and raucous script is a dexterous mixture of cockney argot and high-flown mock Shakespearian verse.

The language, always his forte, is a battering ram of aggressive, full-frontal imagery.

“The acting has to be loose and smacking of danger,” said Berkoff. The most successful actors in this regard are James Craze and Jack Condon, both impressive, vocally and physically.

One of the high spots is a motorbike ride. Condon becomes the motorbike, revving and changing gear, and Craze rides him using Condon’s arms as handlebars.

Berkoff, as a young man, studied under Jacques Lecoq in Paris and his plays (Decadence, Greek, Kvetch) and his productions (Oscar Wilde’s Salome, Shakespeare’s Coriolanus and Kafka’s The Trial) have always been notable for their mime and physicality.

East is very physical especially when the actors recreate visits to cinema, funfair and a Palais de Dance where they dance (very funny) and brawl.

There is a remarkable scene at the tea-table when dad (Russell Barnett) is reliving a march by Oswald Mosley and using plates, cups and food to recreate the violence he witnessed on the streets.

The scene which shook the audience most was mum (Debra Penny) going alone to the cinema and having a sexual encounter with a stranger and only finding out who it is when the houselights come up.