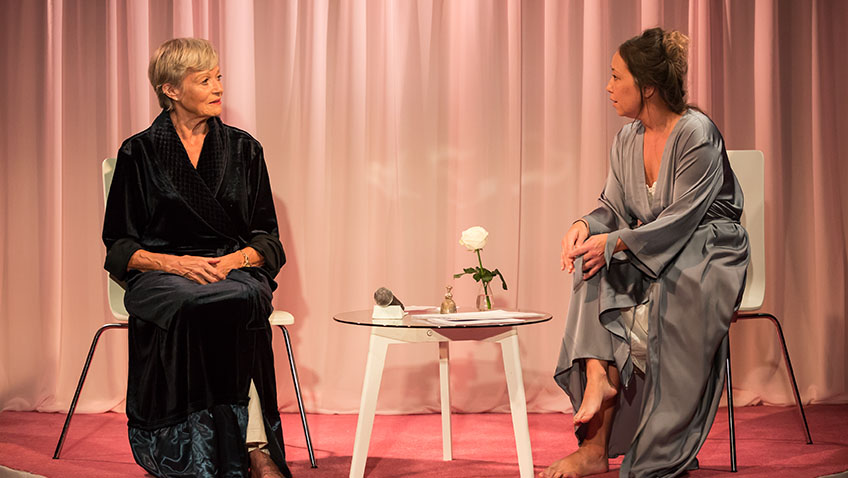 Southern Belles is the collective title for two rarely performed one-act plays by Tennessee Williams about closet lesbians and openly gay men living in America in the 1940s and 1950s.

Something Unspoken premiered in 1958 as a one-act curtain-raiser to Williams’ infinitely superior Suddenly Last Summer.

Miss Caroline Scott (Annabel Leventon), a formidable and wealthy Southern lady in her 60s, is waiting to find out if he has been elected Regent in an election of the local chapter of Daughters of the Confederacy. She fears the committee will reject her.

The play, set in Louisiana in 1948, explores her relationship with Grace Lancaster (Fiona Marr), her secretary who is also her companion. They have been together for 15 years and poor, meek, cowed Grace is terrified that Cornelia is going to admit their love for each other out loud rather than leave it unspoken. It is too late in their lives for them to be coming out of the closet.

And Tell Sad Stories of the Death of Queens 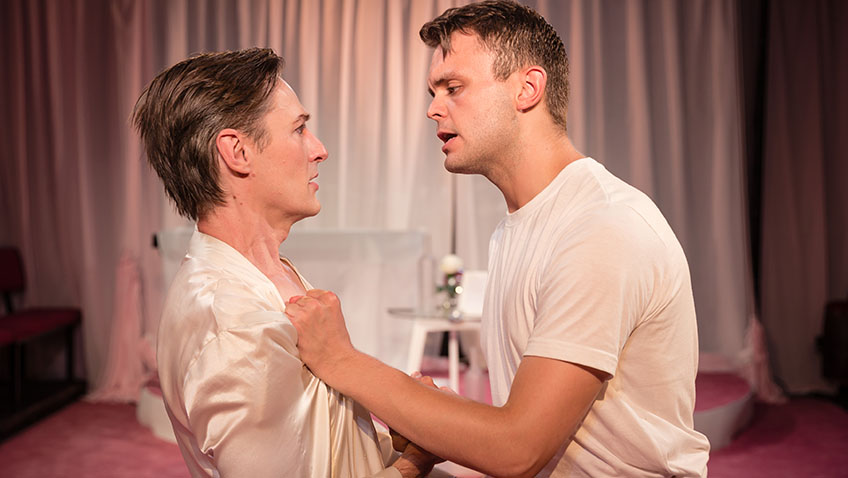 And Tell Sad Stories of the Death of Queens, the only play of Williams to feature openly gay characters, was written in 1955 and, because they were openly gay, it was never performed in his lifetime. The great title (Williams has a gift for poetic titles for his plays) is lifted from Shakespeare’s self-pitying King Richard II who is about to be deposed

Transvestite Candy Delaney (Luke Mullins), a successful New Orleans interior decorator, is approaching her 35th birthday and that is really old in gay years. A seventeen-year relationship with an older man has just ended and, feeling a bit lonely and sorry for herself, she has picked up rough trade (George Fletcher) at the local gay bar.

Candy foolishly lavishes money on a brutal homophobic hunk, hoping to buy not just sex but his friendship as well. You know she’s going to get beaten up. She is very lucky to have two loving young gay tenants to care for her; and, an added bonus, one of them (Ben Chinapen) can also sing very sweetly.

Mullins confidently plays Candy for the exasperating and pathetic gay she is.