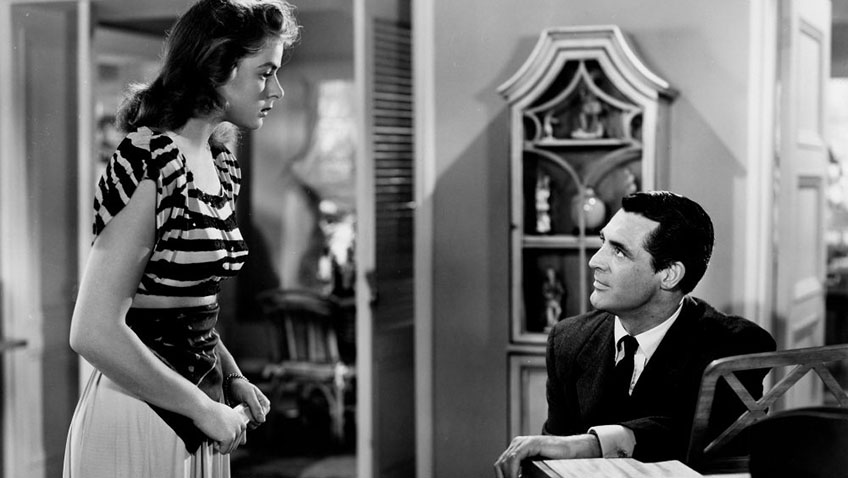 One of the best espionage thrillers ever made

Regardless of where you stand on Brexit, what we all need is a Cary Grant season to focus the mind on the healing power of great cinema and art. Great cinema includes Alfred Hitchcock, and nothing will melt away your stress and woes on a balmy summer night like debonair Cary Grant falling in love with a courageous, gorgeous and splendidly attired Ingrid Bergman, in a crisp new 4K restoration of Hitchcock’s 1946 espionage drama, Notorious

will be released on an extended run as part of the two month Cary Grant retrospective at the British Film Institute, and selected cinemas throughout the UK which begins on 1 August. Grant, who was born Archibald Alexander Leach in Horfield, Bristol in 1904. Grant went to NYC with a Bristol theatre group when he was 16 and decided to remain and he became a US citizen in 1942. Grant appeared in many successful Hollywood films before forging a relationship with Hitchcock in the 1940s and 1950s.

was Alfred Hitchcock’s ninth Hollywood film, and his second (after Suspicion, 1941) with Grant. According to Hitchcock expert Francois Truffaut, the film represented “the very quintessence of Hitchcock.”

Written by the celebrated Ben Hecht, one of America’s greatest script writers, and another Hitchcock collaborator, it features a dark and dangerous love triangle between Carry Grant as the ultra cool Devlin, a government agent, Ingrid Bergman as Alicia Huberman, the patriotic American daughter of a recently imprisoned German traitor and Claude Rains as Alex Sebastian, a Nazi sympathiser hiding out in Rio de Janeiro and harbouring lustful memories of his friend Huberman’s young daughter. And that’s just the set up!

Bergman makes the flawless, multi-layered transition from a vulnerable woman drowning her shame in the bottle to a fearless heroine ready to sacrifice her life to prove her love to her country and one of its agents. Grant is wonderful, caught between his professionalism and his fears and jealously over Alicia. But it was Rains who won an Oscar for his role as the tormented, suspicious husband trying to prove to his controlling mother that she is wrong to distrust Alicia, only to find that mother knows best.

might not be my favourite Hitchcock film, but it is certainly one of the best espionage thrillers ever made. Credit for that is due to the main actors, a sinister plot, Leopoldine Konstantin as Alex’s evil, controlling mother and the eerie story of the MacGuffin. Alex’s secret is the samples of uranium stored in a bottle in his wine cellar, which naturally is going to be used to give Germany the atomic bomb. 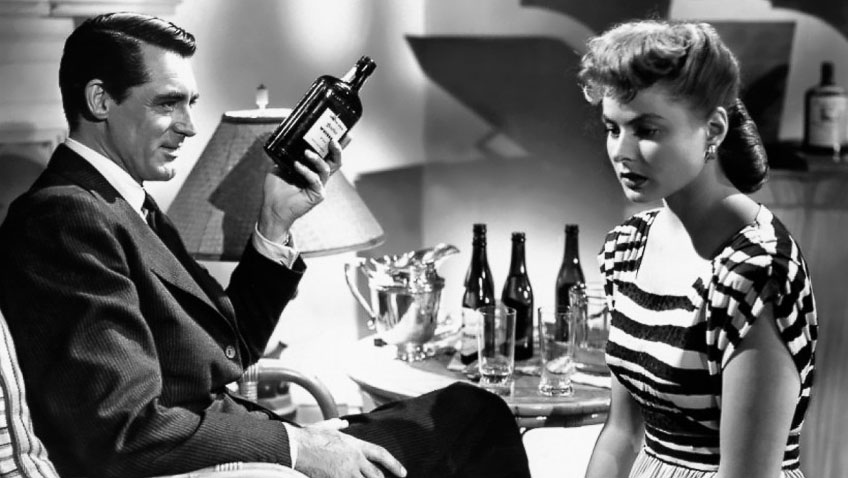 No one creates suspense quite like Hitchcock. The scene in which Devlin discovers the uranium and has seconds to replace the bottle on the shelf before a suspicious Alex arrives is one of the most nail-biting scenes ever filmed. But that has to be compared with the scene in which Devlin sneaks into the infirm Alicia’s bedroom where she is being kept against her will, and tries to orchestrate her escape in a house full of hostile dinner guests.

Adapted as loosely as most of Hitchcock’s adaptations are from an uplifting Saturday Evening Post story, The Song of the Flame, anyone interested in Hitchcock’s genius should read the original story and then see what Hitchcock has done with it Nothing in The Song of Flame would have aroused FBI suspicion and resulted in the famous director being kept under surveillance for three months, which is what happened with Notorious. This was, after all, the beginning of the period when the government was secretly recruiting German scientists and Nazi party members to work on missiles, and eventually, on the USA’s space race against the Soviet Union, as parodied in Dr. Strangelove or: How I Learned to Stop Worrying and Love the Bomb.

What is so memorable about this plot device is that it was written into the script a year before Hiroshima. The original producers thought the idea of basing a movie on the hidden ingredient for an atom bomb so foolish they sold the project, actors, writer, director and all, to RKO. The film cost $2 million to make and grossed $8 million at the box office.

The retrospective includes all of Grant’s key films that showcase his versatility (from romantic lead to action man); comic flair; charm; debonair demeanour and dramatic scope. From Blonde Venus (Josef von Sternberg, 1932) to screwball classics like Bringing Up Baby (Howard Hawks, 1938) and His Girl Friday (Hawks, 1940s) to two other Hitchcock collaborations: To Catch a Thief (1955) and the brilliant North by Northwest (1959) here’s the proof that Cary Grant is one of the greatest film stars of the 20th century.

For information and venues: www.bfi.org.uk/releases