Home / LIFESTYLE / REVIEWS > / THEATRE REVIEWS / We’re all of us sentenced to solitary confinement inside our own skins, for life! – Tennessee Williams 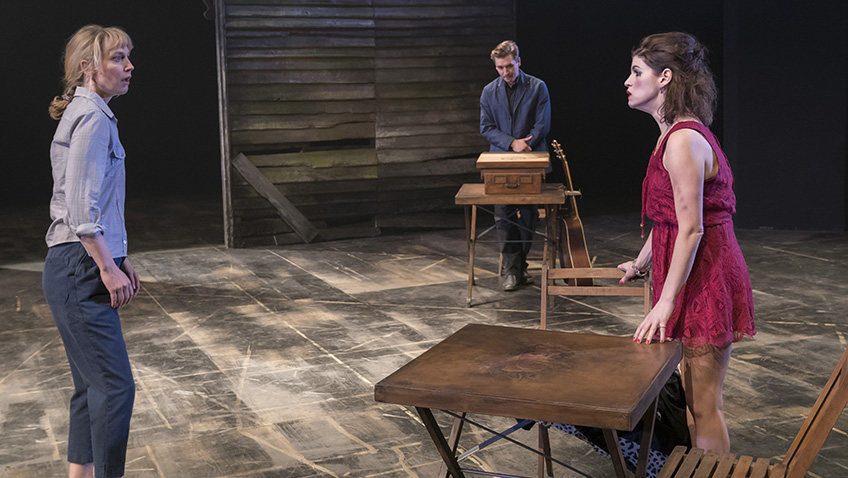 We’re all of us sentenced to solitary confinement inside our own skins, for life! – Tennessee Williams

Battle of Angels, an early Tennessee Williams drama and a favourite with the playwright, opened and closed out of town in 1939. Williams rewrote it and it was produced on Broadway in 1957 as Orpheus Descending.

Three years later it appeared on the big screen as The Fugitive Kind with Marlon Brando and Anna Magnani. He went on rewriting the play, off and on, for the rest of his life. 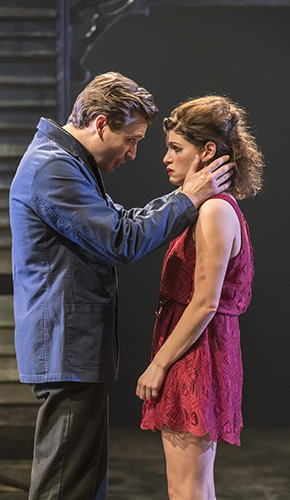 Williams described the play as the story of a wild, spirited boy who wanders into the conventional community of the South and created the commotion of a fox in a chicken coup.

The modern Orpheus is Valentine Xavier (Seth Numrich), a 30-year-old handsome, itinerant café entertainer, who has recently been run out of New Orleans. “You’re not young at 30,” he observes, “if you have been at a party since you were 15…”

Xavier has lived with corruption all his life and yet has managed, somehow, to have come through all his experiences uncorrupted. He sports a snakeskin jacket (a symbol of his wildness and temptation) and carries a guitar (a symbol of his freedom and sensuality.)

The modern Eurydice is Lady Torrance (Hattie Morahan), a lonely, sex-starved middle-aged woman, who runs a local store. She is married to a venomous, cancerous dying husband.

Xavier becomes her shop assistant by day and her stud by night. He is also pursued by a religious fanatic (Carol Royle) who paints and has visions, and a rich, wild and exhibitionistic nymphomaniac-dipsomaniac (Jemima Rooper) as lewd as they come.

Xavier’s sexuality, innocence and niceness are his undoing. Seth Numrich, last seen in London at The Old Vic as Chance Wayne in Tennessee Williams’ Sweet Bird of Youth, is excellent and the production should have made much more of his final exit and the horrendous Orphean fate he suffers off-stage.