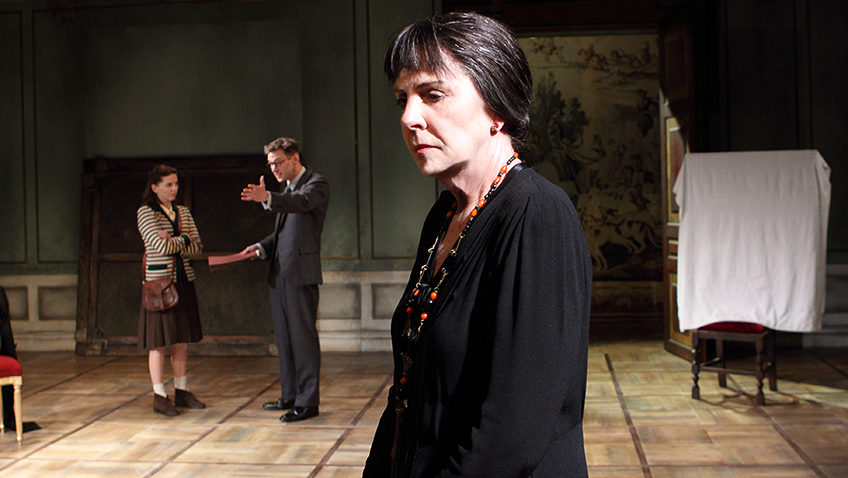 David Hare is extremely fond of The Bay at Nice

In 1986 at the National Theatre David Hare directed a double bill which he had written: The Bay at Nice was set in Russia. Wrecked Eggs was set in America. The plays were quite separate but they shared the same theme of loyalty, courage and perseverance in marriage.

Hare is extremely fond of The Bay at Nice, which is now revived on its own. Richard Eyre directs. Penelope Wilton stars. It lasts 75 minutes. There is no interval. The debate takes place at the Hermitage Museum in Leningrad in 1956, the year of the Hungarian Uprising. 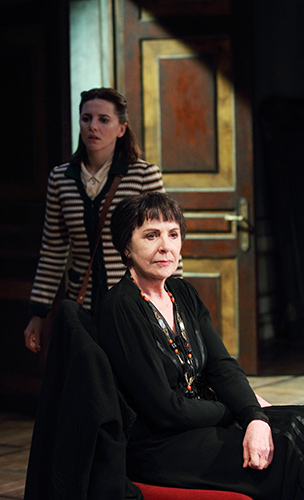 Ophelia Lovibond and Penelope Wilton in The Bay at Nice

A wife (Ophelia Lovibond) with two children wants to divorce her dull Headmaster husband, a major Party leader, so that she can marry an older man (David Rintoul), a sanitation engineer, who cuts an apologetic ineffectual figure. She loves his hopelessness.

She wants her estranged mother’s approval and her money to pay the divorce fees. She feels she has a right to live her life and wants the freedom to do so.

The debate is about personal freedom versus parental responsibility. But what is freedom? Hare argues that freedom is a myth and that there is no such thing as freedom; there is only a different kind of unfreedom.

The mother (Penelope Wilton), an ex‑student and lover of Henri Matisse, is asked by the museum’s assistant curator (Martin Hutson) to authenticate a Matisse painting they have recently acquired. The painting is The Bay at Nice, a far cry from Soviet Socialist Realism.

Art and politics are inseparable in Russia. It would be a major embarrassment for the Hermitage to get it wrong.

Sadly, we never get to see the painting. Nor do we get to see Pierre-Narcisse Guerin’s 1811 painting of Morpheus and Iris, which, in the play’s text, Hare says is on the wall. Perhaps it was thought mediocrity and genius side by side would be too obvious.

Penelope Wilton, as the acerbic mother who abandoned heady Paris for the hideous reality and deadly conformity of post-revolutionary Russia, has all the best insults.