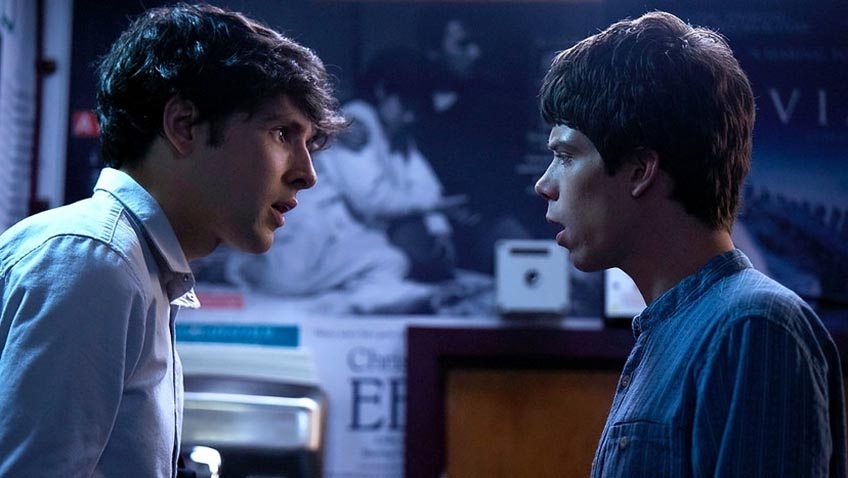 This gay romcom works best as a satire of the trendy, young, Hoxton cultural scene

Writer/director Simon Amstell’s first feature, Carnage, was a mockumentary on veganism, set in 2067 when people look back with astonishment and curiosity at their grandparents’ bizarre habit. Benjamin

is not a mockumentary, but it is a satire of the gay, under 35 Hoxton (London) art scene that is clever, if flimsy. It is also a romantic comedy about an indecisive film director’s love life that you could mistake for satire. More annoying than endearing, you may struggle to identify with the film’s good-looking eponymous protagonist (Colin Morgan, The Happy Prince, Testament of Youth) despite his frequently hilarious antics.

After his promising film debut, Benjamin’s (Morgan) much-anticipated second feature film is about to have its premiere at the London Film Festival. This is the first in-joke, as this is Amstell’s sophomore feature after an impressive debut. The first half of Benjamin

is taken up with this significant occasion. We meet Tessa (Anna Chancellor), Benjamin’s producer, who is already focused on another film and has little patience with Benjamin’s self-deprecation and doubt. Benjamin’s big worry is the inclusion of a monk in the film, but from a clip we see, that’s the least of the film’s problems.

We also meet Benjamin’s publicist, Billie (Jessica Raine) who tells people who call her that she is in the cab – on her way to them – when she is not. In this case, Billie and a photographer are in Benjamin’s flat for some promotional photos that make him look like the romantic genius Chatterton about to die in his London garret. It is in the middle of the day, but Billy asks Benjamin if he has any wine. ‘No’, he replies, ‘but I have cocaine’.

When Billie’s eyes light up, he says, ‘No, I was just kidding; but I have coconut water?’ Benjamin is always awkward, even when he tries to make a joke. 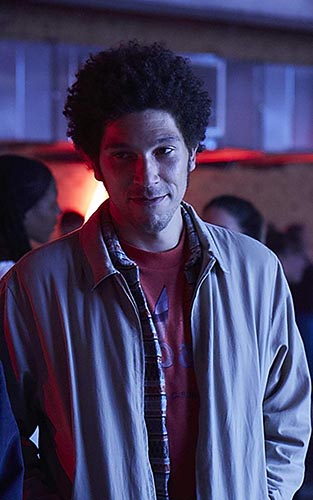 Meanwhile, Billie has a one night stand with Benjamin’s writing partner Stephen (Joel Fry), a struggling stand-up comedian who is booed off the stage later in the film. Billie is denying it and giving Stephen the brush off so that her boyfriend, Harry (Jack Rowan), does not find out.

Meanwhile, Harry, who is eager to put Benjamin’s film behind him as he goes on to better things, has a fling with Benjamin that does nothing for Benjamin’s low morale.

Billie invites Benjamin to a launch party, and there he hears a cherub-faced, young French classical music student, Noah (Phénix Brossard) singing in a boy band. Noah is not setting the world on fire with his music or voice, but Benjamin is on fire. After an introduction, they begin to flirt.

‘I’m a film person; I’ve made a film,’ Benjamin says in answer to Noah’s question.

What’s it about?’ Noah asks.

‘My inability to love,’ Benjamin replies.

Noah is more inclined to ignore this answer than to be put off by it, and the two begin a whirlwind romance that sees Noah attending the screening, beaming at Noah’s bland, self-deprecating introduction. The film is a dud – how could it not be with the title, ‘No Self’? Even Noah looks disappointed.

Cut to a film review programme with Mark Kermode (playing himself). Kermode’s review is one of the highlights of the film. ‘Why didn’t some producer tell him to take out the monk,’ Kermode asks while trying to keep a straight face.

Benjamin turns his attention to sabotaging his new relationship with Noah and we get the impression this is not something new. In a later scene, Benjamin is having dinner with Noah’s parents who are in town for Noah’s graduation from the Guildhall School of Music. Benjamin sees his ex-partner, Paul (a noteworthy cameo from Nathan Stewart-Jarrett) in the restaurant, and for some reason, sees fit to call him over to the table and introduce him. It’s not a good move. Paul embarrasses Benjamin who ends up chasing after him, explaining to Noah’s dumbfounded parents, ‘he’s in fashion.’ 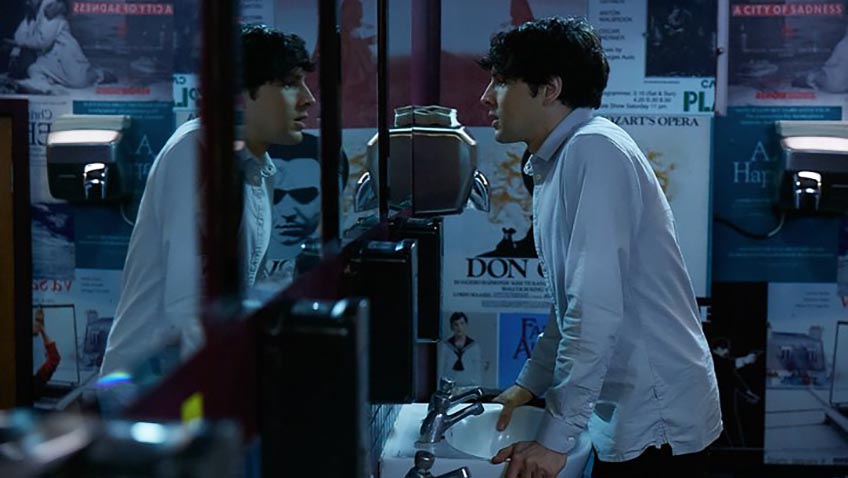 The film is at its best when Amstell is sending up the posturing of Benjamin’s cultural milieu. He does this brilliantly when Benjamin is invited to see a renown performance artist (Ellie Kendrick, wonderful), performing a dance routine before a silent crowd. At the end, the dancer rolls herself up in a long scroll of paper and lies on her back covered with the paper, like it is a shroud. Suddenly she kicks one leg through the paper so that it is sticking up in the air. It’s hilarious. Even Benjamin, who takes himself so seriously, cannot help but find it pretentious when an earnest fan congratulates the dancer, telling her, ‘everything you did was the truth.’

If the whole film were as funny as this performance artist scene, we would be too busy laughing to notice that Benjamin

is almost as tedious in its naval-gazing as the protagonist’s film-within-the-film. The characters are not real people, but easily forgettable types who have no life of their own. We never really get into the head of the title character and nave no idea why he set out to make his film and where it went wrong. The ending is the biggest surprise, but maybe Paul’s warning, ‘you’re going to end up alone’ has frightened Benjamin into making a commitment. The surprise, though, is why anyone would want to commit to Benjamin.