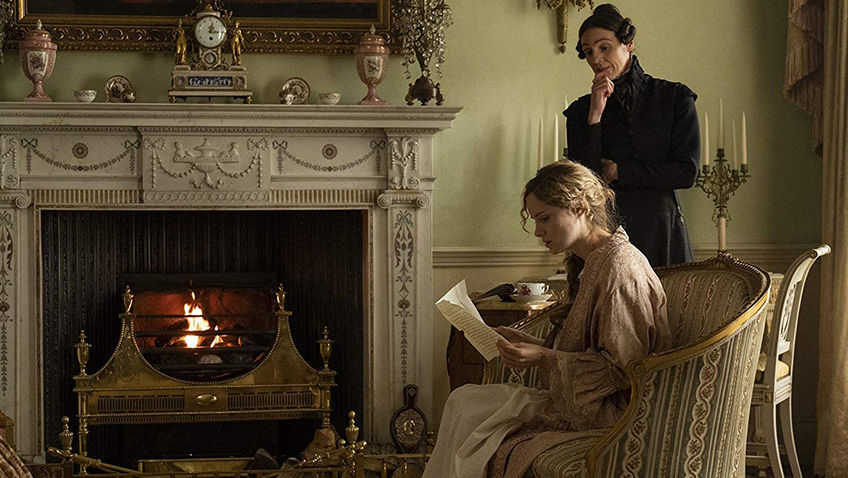 Sally Wainwright, writer and director, has another big success

Gentleman Jack (BBC). The openly lesbian Anne Lister (nicknamed Gentleman Jack by the local Halifax community) wrote a 4 million-word diary. Much of it was in code and it took five years to translate. The coded bits were about her financial transactions and her numerous affairs with women. Sally Wainwright’s adaptation, which is well cast and handsomely mounted, gives a detailed picture of her life in 1832, concentrating on her business acumen and her on/off relationship with Ann Walker, a nervous wealthy heiress with mental health problems.

Lister, landowner, entrepreneur, traveller, took on a man’s job, the management and restoration of her estate. She opened a colliery, bravely battling with a brutal landowner who was stealing her coal. She was not intimidated by anybody. Suranne Jones, in her distinctive and elegant black clothes, and with her top hat and cane and with her fast stride, cuts an impressive non-conforming figure, energetic and manly, the absolute antithesis to the feminine and indecisive woman (Sophie Rundle) she loved and with whom she would live as a married couple.

Millions have watched this romantic period drama. A second series has already been announced.

Benjamin (Signature Digital) is a low-budget British film written and directed by Simon Amstell. He should have starred in it, too. His debut feature is semi-autobiographical, figuring out what was wrong with him in his twenties. Instead Colin Morgan gets to play the young film director, who wants to love and be loved but is terrified of intimacy and has a history of failed relationships. His pretentious debut feature film has just been trashed by the critics. He falls in love with a sweet French music student (Phènix Brossard). Fans who have enjoyed Amstell’s brutally open stand-up comic routines may be disappointed that the script and performance are mild and lack that self-lacerating neurosis which defines Amstell’s humour.