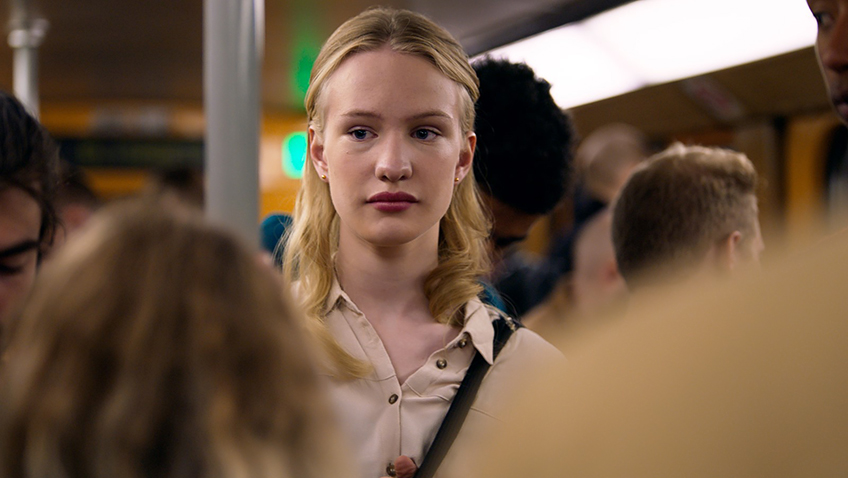 This moving, well-acted portrait of a transgender ballerina never soars

This difficult, but fascinating Belgium film is based loosely on the real-life trans-gender dancer Nora Monsecour, but, controversially, the co-writer/director, Lukas Dhont, is a non-trans male and the eponymous girl is a young, male dancer with the Royal Ballet School of Antwerp and a remarkable actor (Victor Polster). Polster is making his screen debut as Lara, a would-be ballerina trapped in a male body.

Lara has just moved to a new city with her younger brother, Milo (Oliver Bodart) and her taxi-driver father, Mathias (Arieh Worthalter). Mathias is a single parent with a lot on his mind. Lara, his eldest son is determined not only to have a sex change operation, but to become a professional ballerina and for those reasons, they have uprooted themselves and moved.

Lara has been provisionally accepted to a prestigious ballet academy, but warned that because of her late start and male physiology she will have to work very hard, particularly to manage the point work. The news from the doctor is equally daunting, but Lara smiles stoically, even enthusiastically, as an explicit description of the work required to complete the sex change is spelt out to a loving father and an optimistic, impatient teenager.

We watch Lara in ballet class, ending the session with bloody toes, a pain Lara is willing to withstand. Her teachers are sympathetic, but Lara has to work harder to catch up with her class mates. Lara tapes up her male genitalia and struggles to do splits in class. She has an infection from the tape which she endures along with the rest of the physical pain.

Then there is the psychological pain. At one point in the film when Milo is angry with Lara, he calls her by her former (male) name. Stunned, Lara sternly warns him never to do that again. 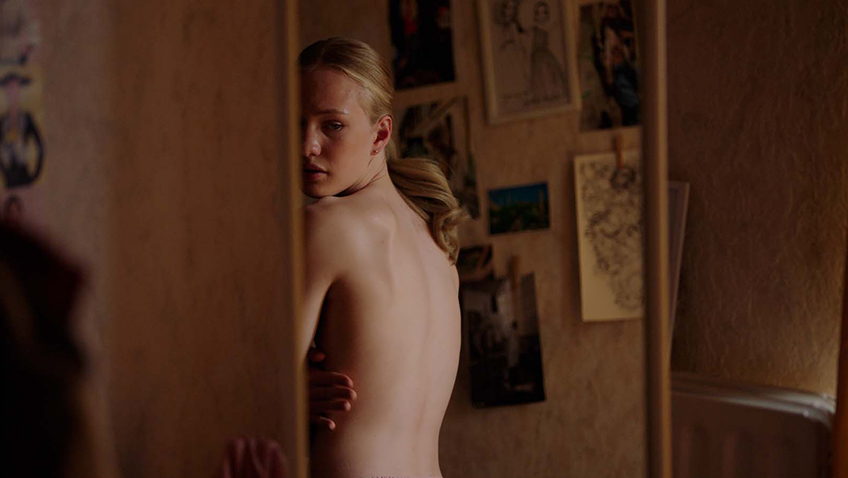 Lara longs to be like the rest of the girls in her class, but at her new school, the teacher blatantly asks the girls in the class if they mind if Lara uses the girls’ bathroom. They do not mind, but, though the girls are curious, Lara is too self-conscious to change or shower in front of them.

For Lara, who spends her days amongst teenagers whose bodies are rapidly changing, it is a race against the calendar to catch up. She is impatient to start hormone treatment, but her therapist, Dr Pascal (Valentijn Dhaenens), warns her not to be impatient for the treatment, no doubt to manage her high expectations. He tells her, ‘you are a girl; I see a girl’ (she is even a tall, slim and pretty girl with perfect skin and long blond hair). He assures her that is the way the world sees her right now, before any operation.

But his encouraging words are of little comfort during a sleep-over that ends badly: not because the girls are particularly cruel, but because their insensitive curiosity is a violation of the self-image the therapist is trying to instil in her. The therapist asks about boys and Lara blushes, non-committal. She claims she is not interested, but when a handsome neighbour called Lewis (Tijmen Govaerts) shows interest, they have an informal first date in his apartment.

The audience is apprehensive. Surely this cannot end well?

Whether it is hormones, the frustration with her treatment, the pain from her bleeding feet, her weight loss, exhaustion from the dancing, or all of these, Lara collapses during a performance. She wakes up at home, late for class, and notices a cut on her forehead. The sun is high in the sky; Lara is late. She quickly throws on some clothes and reproaches her father, who is eating breakfast with Milo, for not waking her. The two quarrel and Mathias has to physically restrain Lara. He wants her to rest or at least eat breakfast. She would have stormed out, but cannot find her keys, believing Mathias took them. 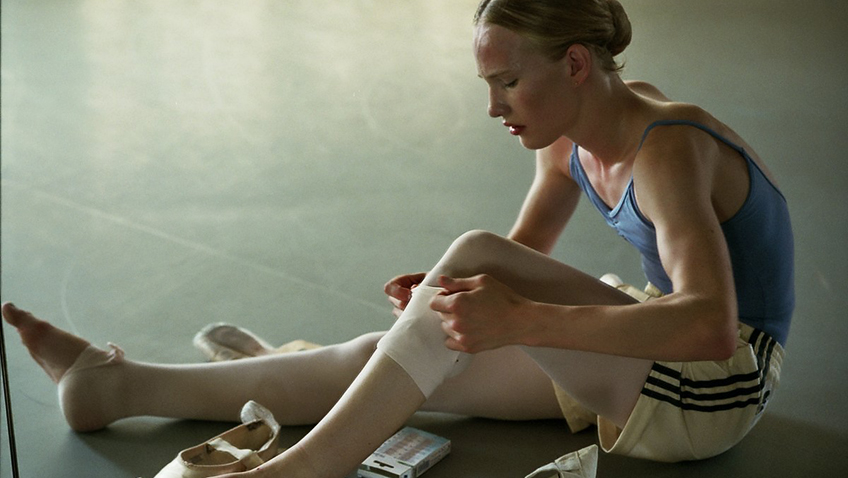 The doctor tells Lara that she cannot continue dancing until she has rested. It is not just the dancing that is put on hold. She does not have the requisite strength to undergo the treatment. Lara says nothing but we can imagine how she is feeling about the added delay.

It is clear that Dhont not only admires this determined, lonely and brave character, but feels immense sympathy for her predicament. He conveys this to the audience through Polster’s uncanny, courageous performance and the tender relationship between Mathias, so supportive and encouraging, and his would-be daughter. If the film is painful to watch it is not only because we feel so sorry for Lara. It is that at times Dhont’s fixation with Lara’s/Polster’s body feels exploitative rather than compassionate.

It is the ending, however, that nearly undermines the film, as though Dhont felt that he needed something dramatic to end with. Yet Lara’s extreme action appears out-of-character, perhaps because Dhont has not prepared us for it and built up the scene. There is no anticipation, just the event, which feels more melodramatic than dramatic. And given this climactic scene, the incongruous last shot of the film might leave you shaking your head or longing for an explanation.