Home / LIFESTYLE / REVIEWS > / FILM REVIEWS / More than a film it’s an experience; as hallucinogenic as the elusive yakruna 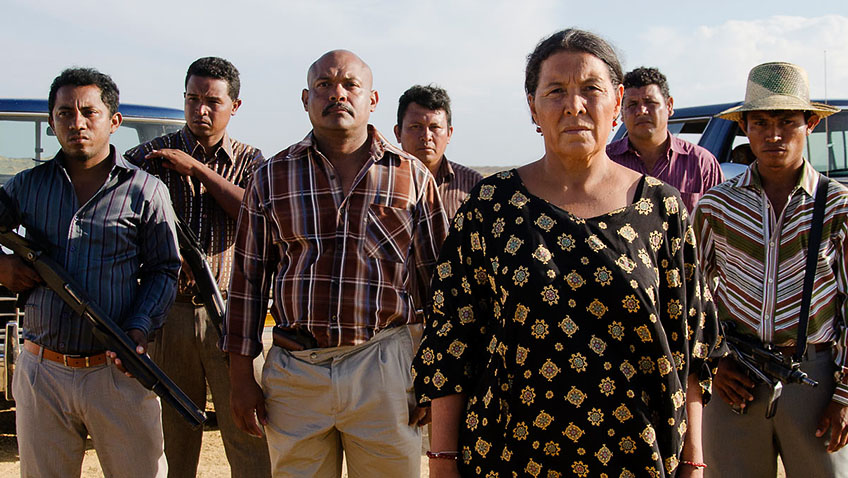 More than a film it’s an experience; as hallucinogenic as the elusive yakruna

When you walked out of the cinema following Colombian director Ciro Guerra and producer Cristina Gallego’s 2015 masterwork, Embrace of the Serpent, you had to acclimatise. After hazarding endangered South American jungles with two real life explorers and a local shaman, in 1909 and 1940 respectively, the here and now never seemed so far away. Both explorers were in search of the rare, sacred yakruna plant and paid a high price for their prize. In their fourth collaboration, Guerra and Gallego – who now produces and co-directs – infuse the mafia genre with indigenous Colombian characters and their ancient culture.

is another heady, visceral mixture based on true events and with such a strong sense of place, in this case, Colombia’s Guajira Desert, that you feel transported. More than a film, it is an experience; almost as hallucinogenic as the elusive yakruna. If the tropes of the genre make this saga unbearably predictable, it is also like no other mafia film you have seen before.

In true epic form, a blind shepherd serves as chorus to the film’s five ‘chapters’. The film is nothing if not epic, charting the Wayuu clan’s involvement in the drug trade and the family’s rise and fall from the late 1960s through the 70s.

Matriarchal Úrsula (Carmiña Martínez), the defender and purveyor of Wayuu’s traditions and superstitions, has been preparing her beautiful daughter Zaida (Natalia Reyes), who has just come of age, for a strange courtship ritual called the yonna. As the clan gather in a circle, Zaida, enveloped in a red blanket, chases a handsome, scantily clad bachelor, Rapayet (José Acosta) in circles making bird-like movements.

Throughout the film, Ursula finds meaning in the presence of birds, but the birds of passage are the drug runners who play a part in the family’s prosperity.

It is not enough to conquer Zaida in the yonna. A prohibitive dowry is the way Ursula can shape her daughter’s free will. Rapayet is a Wayuu, tainted by his associations with the alijunas (outsiders), and in particular, Moisés (Jhon Narváez), a dark-skinned, loose cannon with whom Rapayet works in the coffee and liquor trade.

Ursula wants a dowry of 30 goats, 20 cows and 5 necklaces, and to finance the dowry and provide for Zaida, Rapayet decides to sell marijuana to some American peace core volunteers. The portrayal of these naïve young Americans is suitably ugly. Desirous of beating the boredom with some weed, they are unaware that they are sowing the seeds of a tribe’s destruction. Overhearing the deal, an American business man approaches Rapayet with a more ambitious proposition. 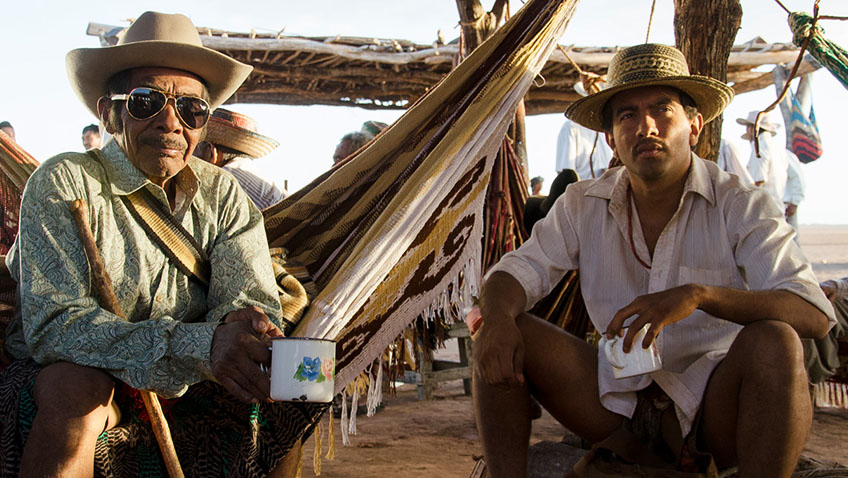 José Acosta and José Vicente in Birds of Passage

Now Rapayet has to come up with the goods. After negotiating a deal with his uncle, Peregrino (José Vicente) for a reliable source of high quality marijuana, Rapayet becomes wealthy enough to build a white, modernist villa in the middle of the desert. Here, he lives like Scarface with Zaida, their son and daughter, and Úrsula. Like Scarface, but Rapayet, as a character, becomes increasingly anaemic as the plot thickens.

Business is booming, and Ursula seems happy enough to look the other way when the money is rolling in and no one is looking in. But when Moisés shoots an American buyer suspected of two-timing them with another supplier, and Ursula’s alcoholic spoilt son Leonidas (Greider Meza) insults Peregrino’s family honour, a deadly feud threatens to consume both families. 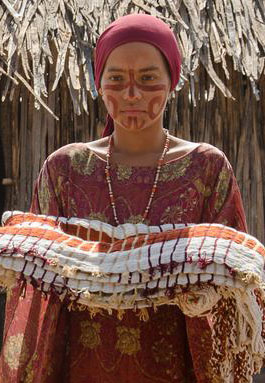 Natalia Reyes in Birds of Passage

Waiting in the wings are the distant Medellín cartel who have a representative planted in Peregrino’s estate who knows what has to be done. It is a chilling moment that puts the characters and events into context.

As well as haunting images – a small army rise from the sands, and in the distortion of the sun, approach the white villa like Great Birnam wood approaching high Dunsinane hill and a white house is consumed in flames – the attention to detail adds layers to the story without the need for exposition. An incident as trivial as Zaida wearing lipstick for the first time might pass unnoticed, but this touch of make-up attests to the family’s increasing wealth, status and homogenisation.

These details and the sickening atmosphere of foreboding when a sacred messenger sent from Úrsula to Peregrino is killed, help mask the acting of some amateur actors and an anaemic protagonist in José Acosta whose part seems to diminish with wealth and who character collapses under pressure. Fortunately, Carmiña Martínez takes over, and there is nothing self-effacing in her character. Hell hath no fury like Úrsula who knows how to kick a guy when he’s down. But she has to take a share of the blame for her failure to discipline the Wayuu villain, Leonidas.

At once a fable and morality tale, Birds of Passage

is above all a tragedy about the loss of indigenous cultures when the modern and ancient worlds collide. David Gallego , the cinematographer of both Embrace of the Serpent and I am not a Witch, is the man to call for dazzling magic realist experiences that transport us to other worlds.