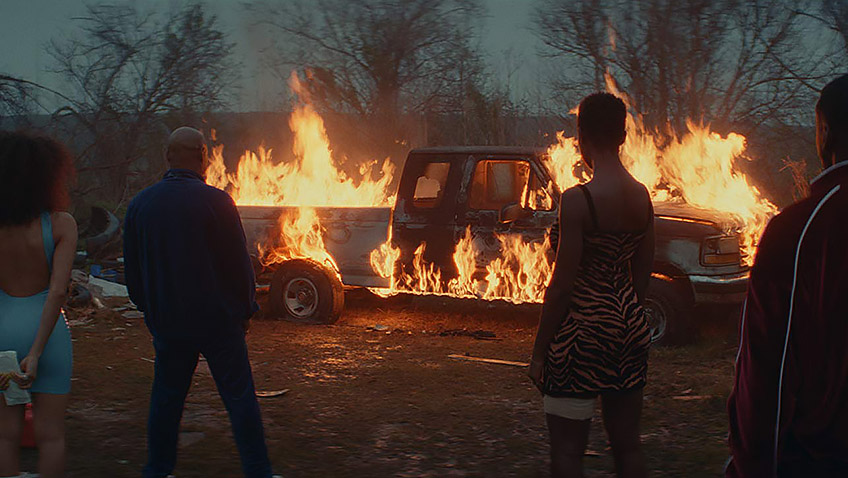 ’ which was made into the film A Million Little Pieces), deliver a lovers-on-the-run road movie, echoing Bonnie & Clyde and Wild at Heart but distinguished by the fatalism of racial injustice. There are some important themes about betrayal, justice and community and many memorable moments in this entertaining film, but it is never more than the sum of its uneven parts.

Cleveland, Ohio based Queen (Jodie Turner-Smith) and Slim (Daniel Kaluuya) meet the way many people do, in a restaurant on a blind date that was arranged online. The date is not going very well. Defence attorney Queen admits she is only there because she had ‘a shitty day’ and didn’t feel like being alone. When Slim enquires she tells him, ‘the state decided to execute my client.’ Slim then asks why she picked him, she says, ‘you looked sad; I felt sorry for you.’ There is foreshadowing in this conversation. Their loneliness and Queen’s still raw experience in court will influence their decisions, bind them together and change the course of their lives.

The tension of the first compelling scene accelerates when Slim drives Queen home with the inference that they will never see each other again. But fate intervenes when they are pulled over by a single, white cop (Sturgill Simpson) after Slim swerves his car while grabbing his mobile phone from Queen. Suddenly a plethora of films in which black drivers are stopped by trigger-happy white cops come to mind, including the harrowing early scene in 2019’s Monsters and Men and in 2018’s The Hate U Give.

While Slim presents the vehicle registration papers and ID, the cop does not breathalyse him, which is odd in the circumstances. We watch the couple’s measured reaction to the unwarranted stop and search. It seems to spook the agitated cop, who shoots Queen in the leg. Slim, who has been forced to kneel on the ground, grabs the cop’s gun that has been pointed at him, and fires it at the cop. Shocked at the dead officer, Slim wants to remain and notify the authorities. 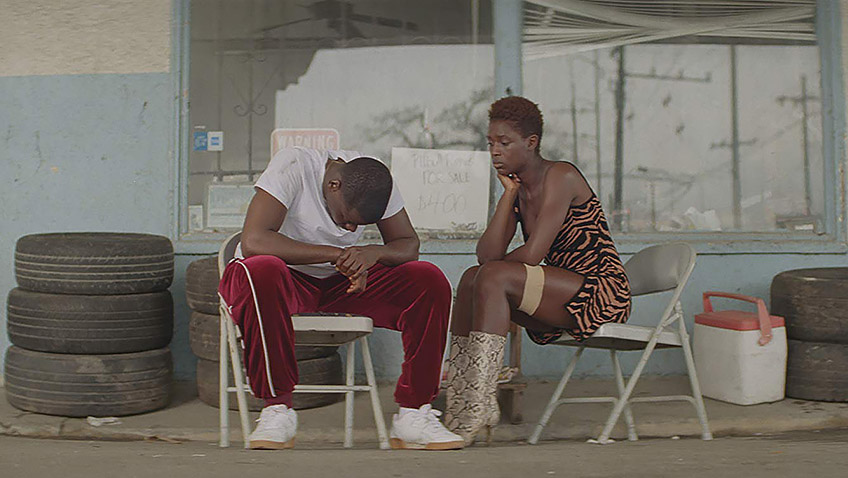 ‘You’re a black man who killed a cop and took his gun’ Queen reminds him. ‘I’m not a criminal!’ Slim cries out, astonished at the thought. ‘You are now’, Queen pronounces with finality, before they decide to drive to the coast and fly to Cuba.

Helpless, Slim’s first reaction is to say goodbye to his family, but Queen’s priority is to get out of town fast. ‘If you get arrested’, she points out, ‘you’ll never see them again.’ The foreshadowing mounts.

But here the tension dies down as the rest of the movie is a rambling road trip (with elements of a buddy movie/romcom) in which Queen and Slim meet different characters as they make their way to Cuba. Along the way, they change cars, clothes and hair styles, are betrayed, given refuge, vilified and supported, by both whites and blacks. And of course, despite the bickering over Slim’s loud music and loud chewing (Queen is used to living and eating alone) their shared experience accelerates the inevitable bonding.

The longest stop is with Queen’s Uncle Earl (Bokeem Woodbine) a lowlife veteran who lives in his fiefdom with two women dressed like pole dancers. Queen is able to drive a hard bargain (a place to crash for two nights, food, money and a car) because, we learn, her first case was to defend Earl against the accidental murder of her own mother. Suffice it to say that if Turner Smith never convinces as an attorney, her experience at the bar has dispelled any lingering illusions, and has turned Queen into a thick skinned, realistic cynic, suspicious of everyone. 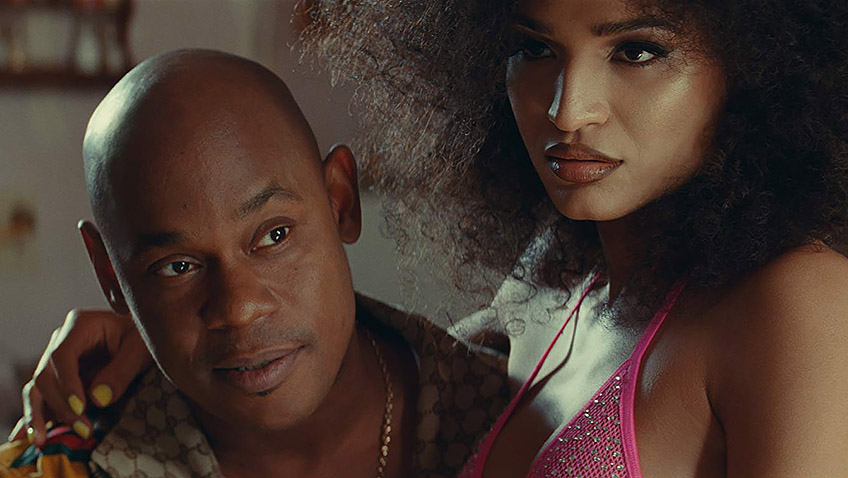 The tension returns when the two make their way to the home of Uncle Earl’s old army buddy Mr Shepherd (Flea) and his far less accommodating, uptight wife (Chloë Sevigny, in a terrific cameo) in an affluent white neighbourhood. We are never sure who calls the cops as the foursome are sitting down to dinner, but the camera has shown us the couple’s arrival from the point of view of a nosy neighbour. For some reason Mr Shepherd has trap floors and hiding places all over his house, and the two eventually escape, thanks in part to the blind eye of a black cop who has been patronised one too many times. 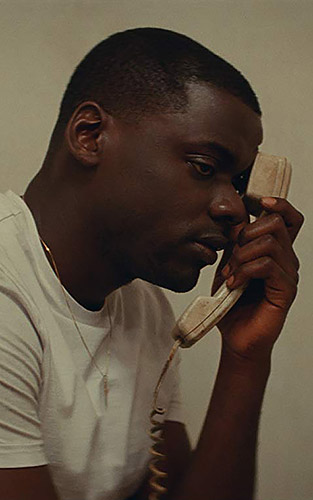 In the other noteworthy scene, they stop-off at a speakeasy, roadside dive where the two try to enjoy themselves and relax before the final stage of their journey. Slim persuades Queen (who by now as part of her disguise, shows off a short, tight, revealing dress) to have one dance and one drink. When Slim approaches the bar to order a brandy (Slim does not drink), the bar tender gives him two on the house, adding, ‘You’re safe here.’ Queen is alarmed. The newspapers and television reportages of the escaped cop killers have reached everyone. But they decide to trust the woman and finish the slow dance.

Not everything is this successful. There is a painfully misjudged scene in which the couple’s lovemaking in a secluded wood is intercut with a violent riot, after police have closed in on a crowd expressing their support of the fugitives. One of the main problems of Queen & Slim

is not that it lacks the thrills of a true thriller, but that the events depend on the couple’s behaviour being sometimes so illogical and their decisions so randomly unpredictable that it becomes a bit contrived. And while the evolving relationship is wonderfully depicted, and the acting is fine, there is not enough natural chemistry between the two leads to have you believe in this self-sacrificial intimate bonding of soul mates.

It is only at the end that we learn, in a news broadcast, that their names are Angela and Ernest – names that fit them perfectly. We never know where the monikers Queen and Slim come from which is apposite for this tale of strangers who end up being one another’s legacy.