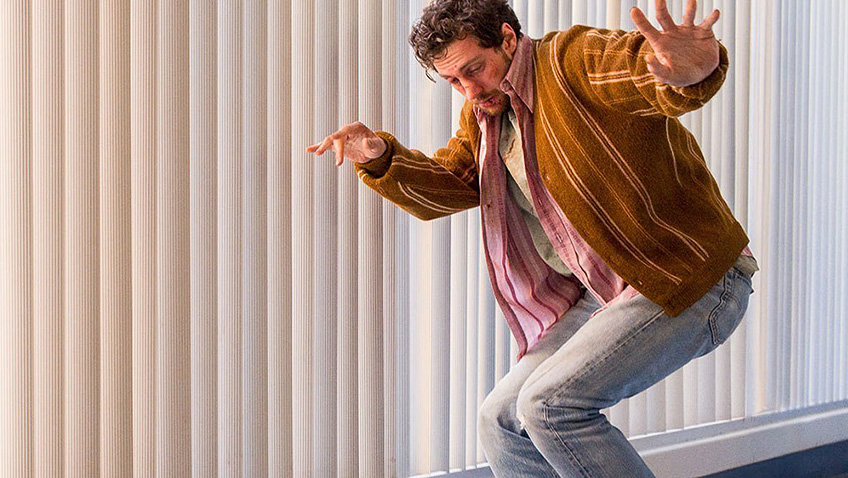 Author James Frey, whose memoir of his rehab experience A Million Little Pieces

catapulted him to the best seller list and prompted Oprah Winfrey to make it her book of the month in October 2005, is the kind of guest Oprah loves. The charming, articulate, 23-year-old alcoholic and heroin addict with a dark past cleaned himself up and wrote an inspiring book to show all of America’s addicts that there is hope. Ever the rebel, however, Frey refused to involve God and the 12-step plan to healing that the Christian-based clinic near Minneapolis advocated. By 2006 Frey had so much money he could buy all the drugs he desired without stealing (Frey also alleged there were several warrants out for him).

If the story ended there, you might understand why celebrity couple, 52-year-old photographer turned filmmaker Sam Taylor-Johnson and her 29-year-old husband and leading man, Aaron Taylor-Johnson, who met on the set of Johnson’s debut film, Nowhere Boy, would be interested in making Frey’s story their co-producing and co-writing debut.

But in 2006, after several of the critics, who panned Frey’s style and were suspicious of the veracity of the content, were proven correct, Frey reappeared on Oprah’s show blaming his fabrications on the same demons that drove him to alcohol and crack. Oprah, who had backed Frey until it was impossible to do so, did not forgive his betrayal of her trust and her publicity machine. Some book shops reclassified the memoir as fiction. Random House offered readers a refund. Frey was persona non grata. Nobody messes with Oprah.

Yet for some reason, the Taylor-Johnsons soldiered on with their new project, attaching James Frey, now 49, as Executive Producer. They might have been nervous when, earlier this year the heart-breaking true story of a father’s (Steve Carell) battle to save his brilliant son (Timothée Chalamet) from drug addiction, Beautiful Boy; and a mother’s (Julia Roberts) nightmare weekend doing the same in Ben is Back, faded away with disappointing box office returns. Neither film, however, had James Frey’s happy ending and cineplex audiences as well as Oprah’s, prefer a happy ending.

, is so predictable, familiar and tedious that, with one possible exception, a daring rescue of lapsing addict and child-prostitute Lilly (Odessa Young), fabrication is the least of its problems.

The first thing that strikes you here is that at a party in Cleveland, Ohio, 1993, the handsome, muscular, well-built young man (Aaron Taylor-Johnson) dancing across the room naked and falling off a balcony, stoned out of his mind, resembles a university jock more than he does your average addict. When James is put on a plane to a rehab centre near Minneapolis, however, his fabulous physique is intact, but his face is a mess, so that’s better.

Contrary to real life, it is James’s brother, Bob (Charlie Hunnam) and not his parents who meet him at the airport and escort him to the clinic. There might be a good psychological reason for this, given James has stolen from his parents to fund his habit, but the fact that we do not see James’ parents at all in the film is suspect. He appears to be a middle-class young man whose parents must have invested in his rehab and not given up on him. Though the clinic is run by volunteers, it does not look cheap. The patients share huge rooms with one other person and sleep in king- size beds, not the little prison cots you normally see. James is taken to the dental surgeon for a new set of teeth (his are broken in the fall), which, in America, where there is even less publicly funded dental care than here, is very costly.

In the memoir, James is in horrible pain, requiring root-canal work, so you can imagine the necessity of getting the work done without anaesthetic, as, allegedly, it is not deemed safe to use anaesthetic on an addict. (This allegation has been disputed by many leading dentists). But surely, though they are badly chipped, in the film James’ teeth could wait until he could safely have the work done with anaesthetic.

The dental scene might be imperative, however, because if anything is going to get our emotions stirring, it is dentistry. If you remember nothing else about Marathon Man, you’ll remember Nazi war criminal Laurence Olivier standing over a student who knows too much (Dustin Hoffman) in the dental chair.

We go through the cold-turkey withdrawal procedure (seen so many times now that you might feel like you’ve actually been through it); witness the traumatic aftermath; and the humiliation of acclimatising to a regimented routine without booze or women, We witness the gradual bonding between former-addict-turned-wise-man Leonard (Billy Bob Thornton playing a role once reserved for Morgan Freeman) and James. Don’t worry if you doze off when Leonard delivers his own, long, back story. The only reason to care about this at all is that Frey’s sequel, published two years after the success of A Million Little Pieces

is entitled My Friend Leonard

There is the sympathetic former equestrian champion-turned-addict-turned adviser, Joanne (Juliette Lewis), and the obligatory model-patient-turned-self-righteous sadist, Roy, (David Dastmalchian) who takes pleasure in assigning the rebel to toilet duty, but then goes on the rampage in a drug-fuelled attack on James. We’ve met Roy-types before, including Reverend Dick, the hypocritical, reformed gay counsellor in The Miseducation of Cameron Post. We’ve met Lilly (the obligatory love interest who needs to be saved to save James) before and we’ve met James before.

What attracted Taylor-Johnson to this project in 2005 is perhaps less mysterious than what prompted her to stick with it and co-write a script full of expository dialogue and clichés. If it was an Oscar bid for Aaron Taylor-Johnson, who was nominated for a BAFTA for his role in Nocturnal Animals, it has backfired. Billy Bob Thornton is on tranquillisers here, letting Taylor-Johnson do the overacting.