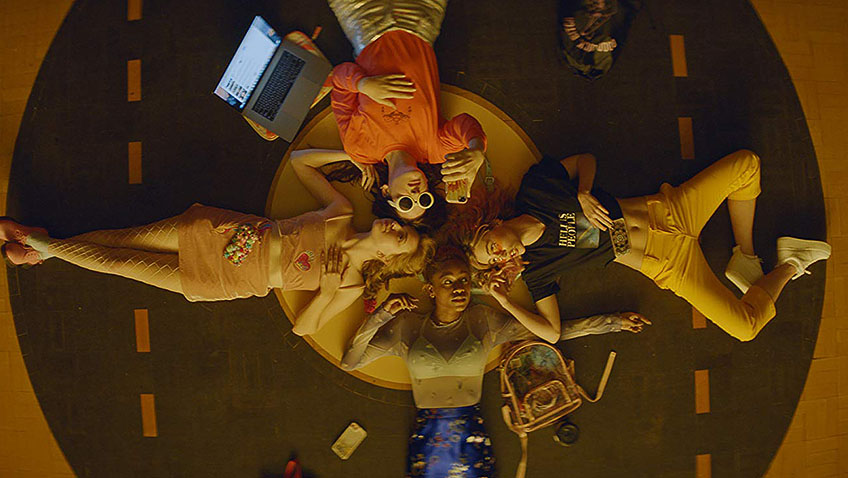 As an allegory of mass hysteria, this confused issue-based teen flick misses the mark

Lily Colson (Odessa Young) narrates this so-called black comedy that begins with a chaotic montage and the words, ‘This is the story of how my town, Salem, lost its f…king mind.’ She goes on to say that her life, and that of her friends Bex (Trans model, actress and writer Hari Nef); Sarah (British model, actress/entrepreneur Suki Waterhouse) and Em (American singer, actress, record producer ‘Abra’) are in danger and she does not know if they will live through the afternoon. Most viewers of a certain age will wonder how they will get through the next 103 minutes.

A black comedy usually has some funny bits, as in Ruthless People, or in the fantastic new Coen Brothers film – rushed to streaming – The Ballad of Buster Scruggs, but there is nothing remotely funny or even entertaining about Assassination Nation

The issues, most of which appear to be an attack on unrestrained social media, are deadly serious, but you cannot take the high school senior protagonists (Nef and Waterhouse are 26) to heart because they are such vapid bores. The actresses, who are cast for their looks – tall, skinny, pretty models – go to school dressed like street walkers in short-shorts that are skimpier than knickers and then lecture adults about sexualising everything.

All the teens are addicted to social media. We never see them studying or reading, although Lily, who sends lewd videos to a married man called ‘Daddy’, twenty- years her senior, is supposed to be a straight A student. Perhaps she is doing academic research on how far she can tantalise him before he will sexualise her.

The girls go to a party where Bex has sex with Diamond (Danny Ramirez) a handsome, popular boy she has a crush on. Diamond is not the romantic type, however, and after a rather public quickie, he leaves, warning Bex to keep their liaison under wraps since Bex is a Trans woman. Here, I feel compelled to insert the possibility that the film wishes to highlight Trans abuse among affluent teenagers who are supposed to be so much more accepting than their conservative parents. 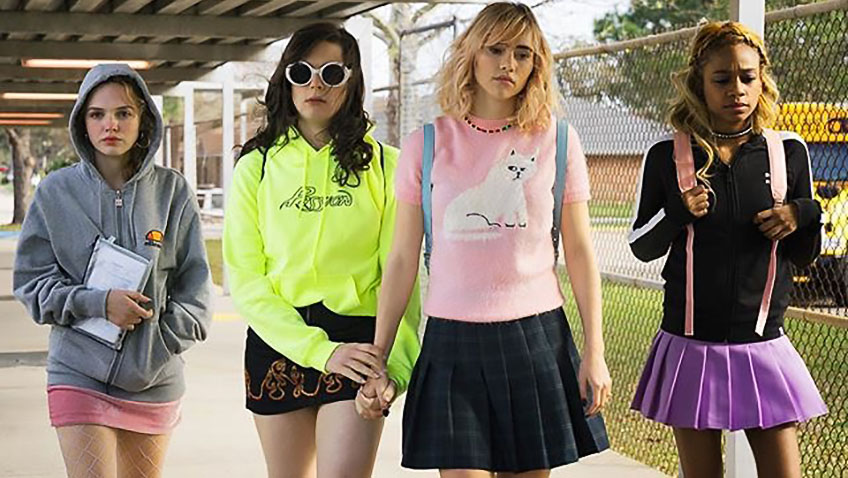 At the same party, Lily goes off with her boyfriend Mark (Bill Skarsgård) but their encounter is equally sordid, as Lily is texting ‘Daddy’ (Joel McHale), a sexual pervert who turns out to be the father of a child Lily babysits and Em’s neighbour.

The film makes its clearest point about the dangers of hacking and naming and shaming without verification when two adults are exposed by social media with disastrous results. A student named Marty (Noah Galvin) circulates a message he picks up from another, unknown hacker that shows anti-gay rights Mayor Bartlett (Cullen Moss) to be a hypocrite. When Nick’s hacked video goes viral, the Mayor commits suicide in front of an angry mob.

Shortly after this tragedy, the high school’s liberal, intelligent, and understanding Principal Turrell (Colman Domingo) has his phone hacked. On his phone are photos of his young daughter naked, although they are not sexualized. The leak leads people to object that Turrell is a paedophile, and he resigns, his career finished. 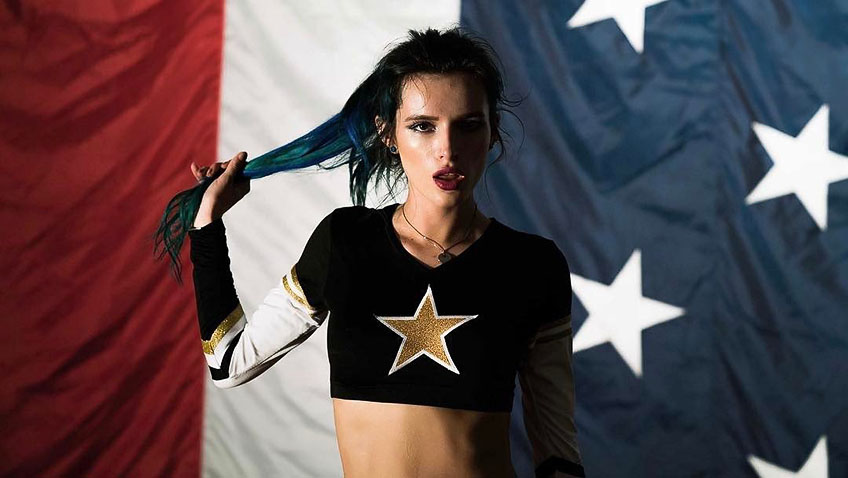 The irony of this incident cannot be missed by Lily who has recently been called into Turrell’s office for a chat. He wants to know why a talented, bright student like Lily fills her notebook with drawings of nude girls in pornographic positions. Lily’s response is an incomprehensible tirade that is exhausting to listen to, and it is to Turrell’s credit that he listens patiently. At some point Lily seems to be saying (a points she makes again at the dinner table, arguing with her father), that nudity and pornography are not the same. Nudity does not have to be sexualised; it can be innocent (like Turrell’s photos of his daughter). When Turrell resigns under pressure, however, Lily does not come to his defence.

The film continues in this vein until Lily’s messages to Daddy go viral. Her parents kick her out and Lily is sexually harassed while looking for shelter. No shelter is safe however from the armed gangs that surround her crash pad. Even a fat policeman who sits and eyes the girls (as does the camera, always focusing on their long legs and bums) at school joins in the hunt for Lily, and eventually, her friends, too.

It is, of course, no coincidence that the town is called Salem after Salem, Massachusetts where the famous 17th century witch trials took place, as immortalised in Nathaniel Hawthorne’s The House of the Seven Gables

and Arthur Miller’s play, The Crucible.

As a modern day horror movie, the film works reasonably well; it is ugly and, intellectually, at least, frightening. Perhaps that is the point of the annoying self-consciously noisy soundtrack, the busy camerawork with split screen for no reason, and the constant high speed talking (about nothing).

But as an allegory of modern day mass hysteria Assassination Nation

misses the mark, wasting a premise full of potential. The real Salem witch trials were a much different affair and the comparison here is strained. The film seems to be less about a witch hunt than about to what extent we are products of our upbringing, environment and culture. Lily blames adults for the society she and her friends inherited, but is she saying there is no point in trying to change that?

Perhaps there are just too many social issues mixed into one weak frame. Lily’ first grand speech to the sympathetic principal that nudity and pornography are not the same, but can become so in the eye of the beholder contains a valid point; but is that a reason to draw sexually explicit nude drawings of classmates, or for that matter parade around school half naked? Who is she testing?

If Lily believes there is no free will and we are all a product of society then the rebellious female stance at the end is less empowerment and trying to break free, than resorting to violence and murder because that is how society solves conflicts. Generously, you could see the friends as helpless bait on a fishing line (which might explain why Lily wears children’s training wings in the swimming pool), but did their parents and peer pressure really force them onto that fishing line or compel Lily to send photos to a pervert called Daddy? Are there really no choices?