Home / LIFESTYLE / REVIEWS > / FILM REVIEWS / If this stylised, uneven film cannot sustain its high concept, the concept is a winner 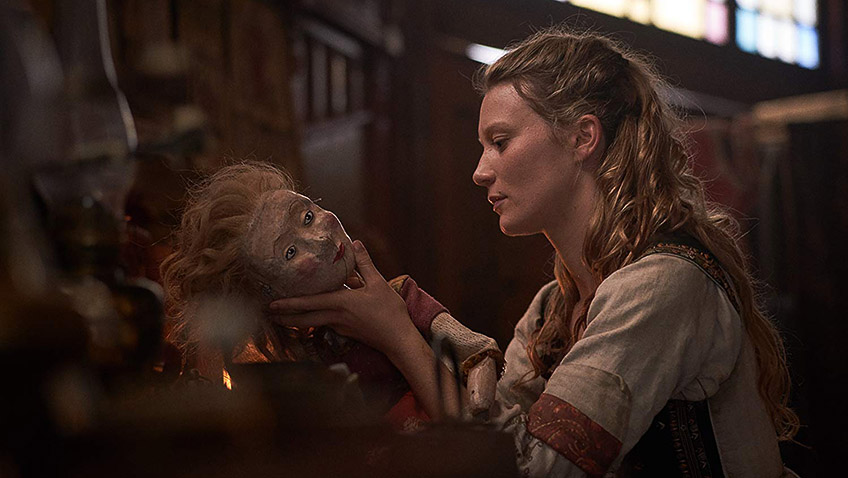 If this stylised, uneven film cannot sustain its high concept, the concept is a winner

If this handsomely made, historic, black comedy cannot sustain its tone, or its satisfying high concept, it is instantly relatable: at least to older audiences, who will welcome the significance of the re-jigged title (Judy & Punch) and the revisionist, feminist take on the long-suffering wife. 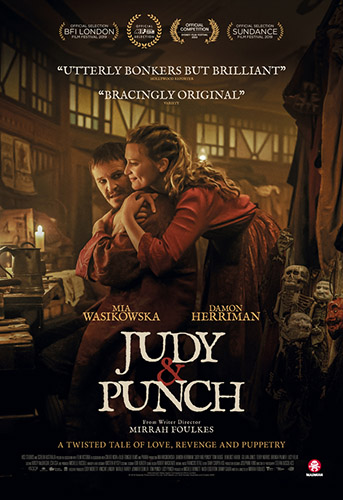 And who does not know about the Punch & Judy hand puppet shows, with its roots in the 16th-century Italian commedia dell’arte, but spotted by diarist Samuel Pepys in Covent Garden where, by the early 18th century, there was a thriving Punch Theatre? The single puppet master show, in which Mr Punch clubs a variety of characters including the constable, the baby, the dog and his wife, Judy, spread to the sea-side resorts, but Australian actress turned writer-director Mirrah Foulkes’ drama is set in the landlocked Puritan town of Seaside.

Here itinerant puppeteers Punch (Damon Herriman) and his wife Judy (Mia Wasikowska) are turning their lives around and bringing in money. Alcoholic, womanising Punch seems to be responding well to his attractive young wife’s combination of talent, hard work, good sense and femininity. Judy hopes he is on the wagon, and he appears attentive to his wife and new baby daughter.

While his name appears on the marquee, we see Judy making the puppets, pulling the strings alongside her husband, doing the lifting and serving as the bottler, bringing in the paying audiences. The Seaside audiences respond to the violent slapstick, laughing as Punch clubs all the stock characters and cheer him on.

What Judy does not quite appreciate when she suggests that the show is becoming too punchy, is not only that Seaside has a particularly imbecilic and unsavoury population, but that her husband is an empty vessel; a failed actor who feeds on the public’s enthusiasm for his sadistic, immoral character. He lives for the applause and takes his character home with him like a dedicated method actor.

But home is not where Punch wants to be. In a town where the pubs offer an anecdote to the hypocritical Puritanism that sees innocent women (and men) hung and burnt as witches, the booze flows along with the wenches and man-hungry widows.

One day when Judy goes out on an errand, she leaves Punch at home with their infant daughter. But an inebriated Punch is more interested in chasing Toby the dog who has taken off with the sausage Punch was having for lunch. The chase culminates with the baby flying out the window. When Judy returns asking the obvious question, Punch beats her, burying her lifeless body in a shallow grave. 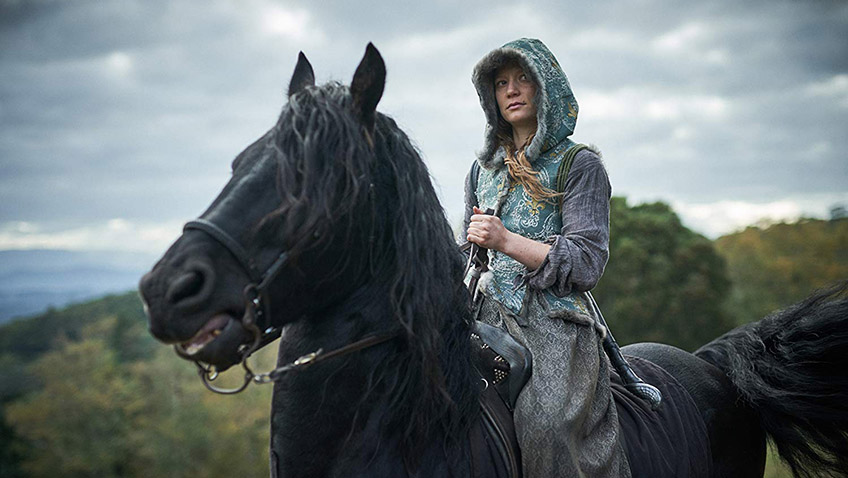 Although the town has a new, educated and modern police constable, Mr Derrick (Benedict Hardie) he is mocked by all the townsfolk who are not interested in justice. It is easy for the manipulative Punch to plant evidence and rally his cronies around him to accuse his elderly, virtuous housemaid Maude (Brenda Palmer) and her senile, rickety husband Scaramouche (Terry Norris) of murder – and witchcraft.

The transfixing, original and highly stylised folk tale comes to a dead halt at the half-way point. It is, perhaps no spoiler to reveal that Punch, though without remorse, will be haunted by his deeds and not entirely freed from his ill-fated marriage.

If we rub our hands together in anticipation of a cathartic revenge story in the second half, it is slow in coming. Naturally, a build up is a good thing and anyone left for dead will need time to recover – even if, rather oddly, no one tries to find the baby’s body – but this build up becomes frustratingly drawn out.

We are introduced to characters who play no part in the first half, and, only at the end do we learn that one of the characters was the village school mistress and the other a doctor. Now these indispensable mostly female pillars of the community are hiding in the woods as witches – although curiously, the town folk seem to leave them alone. It might have been more interesting if the story of the outlaw witches were more integrated with that of the town, that must surely be missing the services these women provided.

In the first half we see Judy doing magic tricks, reflecting her circus background, but nothing prepares us for the acrobatics (think Crouching Tiger, Hidden Dragon) – or Leonard Cohen’s Who by Fire – in the second half, while a fussy ending dilutes the sweetness of revenge.

Still, Foulkes, in what appears to be her feature debut as writer-director, encourages us to think about the nature of popular entertainment and what it says about the relationship between the creators and the audience. Recently the film Blue Story which tells a sobering, humanising, but gritty tale of two rival gangs has been pulled from cinemas when a horde of thugs used the film and cinema as a backdrop to real life gang violence. Foulkes leaves us wondering how a puppet show about a wife and baby beater continue to entertain children and their parents for so long before this film confronted the grim reality and the horror behind the humour?