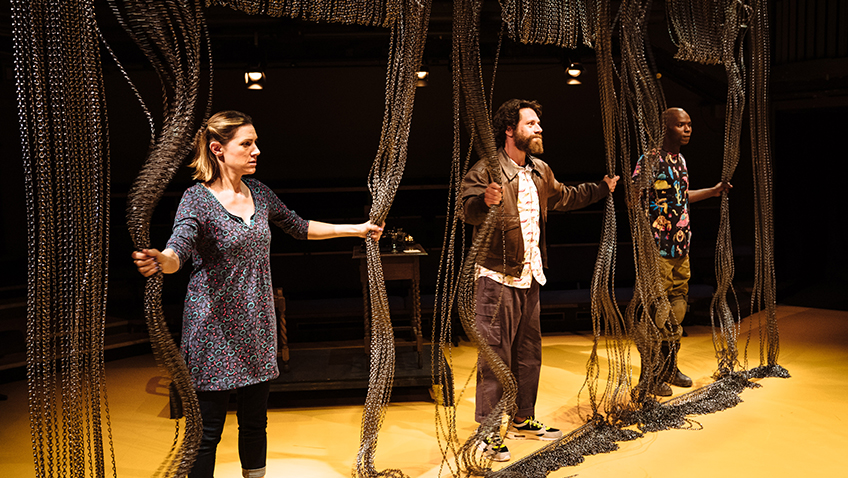 Its UK premiere is directed by Matthew Xia in a co-production between the Orange Tree, Actors Touring Company and Theatre Royal Plymouth. 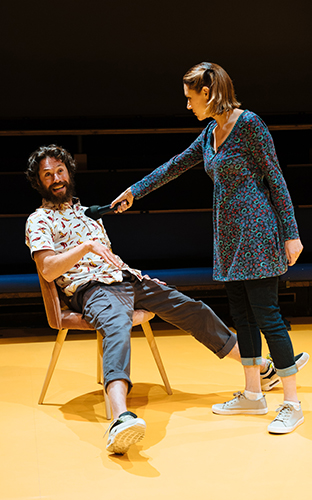 A nine-month pregnant Israeli violinist, living in a canal-side Amsterdam apartment, receives an unpaid gas bill dated from 1944 for seventeen thousand euros (which, as somebody points out, is enough gas to exterminate people).

But she was not in the apartment in 1944. She was in Auschwitz. The apartment had been seized by the Nazis in her absence. The city council still expects her to pay up.

With anti-Semitism on the rise, Yasur’s play is timely. I do not think there has been a play about Jews and Nazis in Amsterdam since The Diary of Anne Frank.

But how many people (and Yasur is the first to acknowledge it) will want to be seeing yet another play, film or documentary about the Holocaust?

Yasur has an interesting story to tell. I only wish it were more readily accessible. She makes it unnecessarily difficult for the audience. I read the printed text when I got home. It wasn’t any easier to follow.

It must have been murder for the actors to learn. The text is snippets of dialogue unattributed to any one person and jumping all over the place.

An added inessential and tiresome distraction is that Xia has decided that every time the actors have to speak a word, a phrase or a sentence in Dutch, a bell rings and they have to dash to a microphone which stands in one corner of the stage and translate it into English.

Amsterdam lasts 1 hour and 20 minutes and there is no interval. The play will tour in spring 2020 starting at Plymouth.