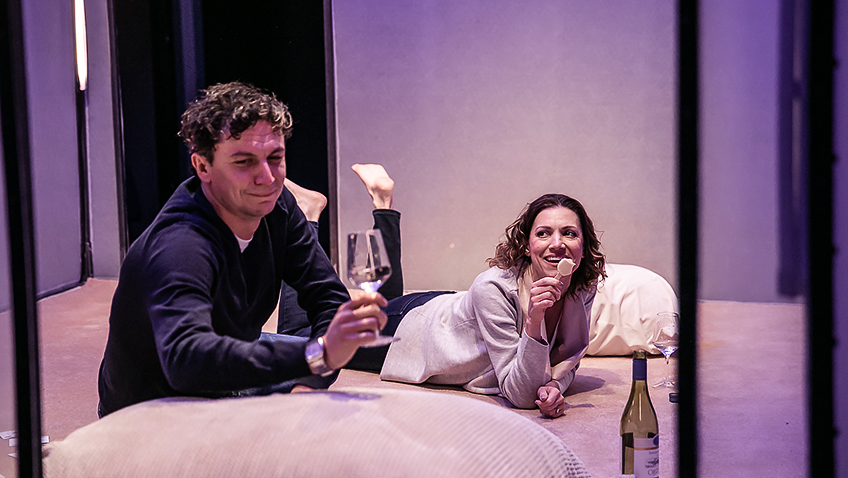 Martin Crimp made a killing with Dealing with Clair

Martin Crimp is back at the Orange Tree Theatre with the play which premiered in Richmond 30 years ago and launched his career. Tom Courtenay had the leading role.

Crimp took his inspiration in part from the presumed murder of 25-year-old estate agent Suzy Lamplugh who disappeared in 1986 and whose body was never found. The murder remains unsolved. 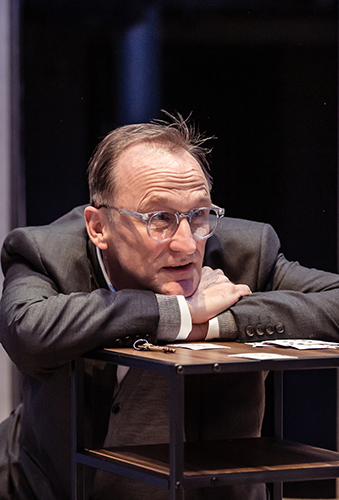 Michael Gould in Dealing with Clair

Ironically this revival, a co-production with English Touring Theatre and directed by English Touring Theatre’s artistic director, Richard Twyman, opens just as the case has been reopened. The police are digging up the back garden and patio of the chief suspect’s mother, an unexpected fillip for the box office.

Dealing with Clair is set in the Thatcher era when there was a housing crisis and property prices were spiralling. 30 years on there is still a housing crisis. Selling and buying and greed do not bring out the best in people.

An upwardly mobile couple have just agreed to sell their London home to a disabled buyer when they are offered a far better price and in cash. Is it OK to gazump?

The play, acted out in an empty box with walls of gauze, is a commentary on modern social Behaviour and its moral bankruptcy.

Tom Mothersdale and Hara Yannas are the hollow, selfish, condescending couple, hypocritically claiming they want to do the honourable thing.

Lizzy Watts is Clair, the vulnerable estate agent who wants to make a killing and argues she knows the difference between aggression and violence.

Michael Gould is the buyer with the higher bid. He turns out to be a creepy art dealer, a voyeur and a stalker whose knowledge of what Clair does in her home is unnerving.

Dealing with Clair, well acted, pertinent and worth reviving, loses its way in the final stages.