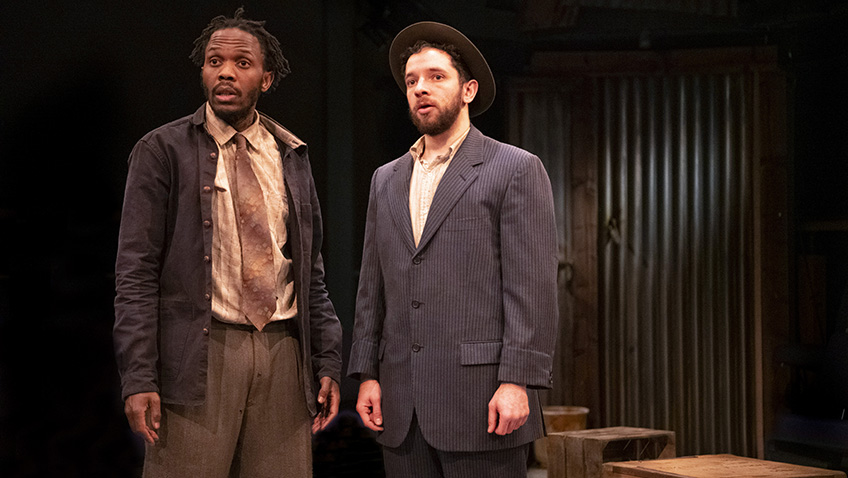 Athol Fugard has always said that the toughest challenge he faced right at the beginning of his career with Blood Knot was trying to convince South African audiences that South African stories also had a place on the stage.

Blood Knot, a two-hander, which premiered in 1961, was a milestone in South African theatrical history. It was the first time a white actor and a black actor had appeared together on stage in a public performance. 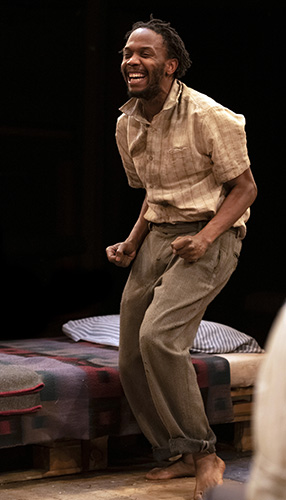 Fugard’s play about the plight of the black man in the Apartheid era didn’t go down well in South Africa and, when it was televised in Britain in 1967, the South African government confiscated Fugard’s passport.

Blood Knot is set in Korsten, a non-white district of Port Elizabeth. Korsten is a collection of shanties. Zach and Morrie, two half-brothers, live in a one-room shack, right next to a river polluted by industrial waste.

Zack is dark skinned black. Morrie is mixed race, light-skinned coloured, and can pass for white. They had the same mother but different fathers.

Zack (Kalungi Ssebandeke), full of hatred and envy, resents the world, knowing he will never succeed in it. He wants to know which son his mother loved best.

Morrie (Nathan McMullen) can read and write. He has a sense of guilt and feels responsible for his illiterate brother. It is he who persuades Zach to answer an advert in a newspaper’s pen-friend column.

The pen-friend turns out to be white girl, which is perfect for Zach’s sexual fantasies but not so good when she says she will shortly be in town and will come and see him.

This is the era when Inter-racial relationships were criminalised.

Kalungi Ssebandeke, currently training at Guildhall School of Music and Drama and showing great promise, has the flashier role and he plays Zach with extrovert relish.

The actors, directed by Matthew Xia, are very good; even when the South African accents sometimes make it difficult to understand what is being said.