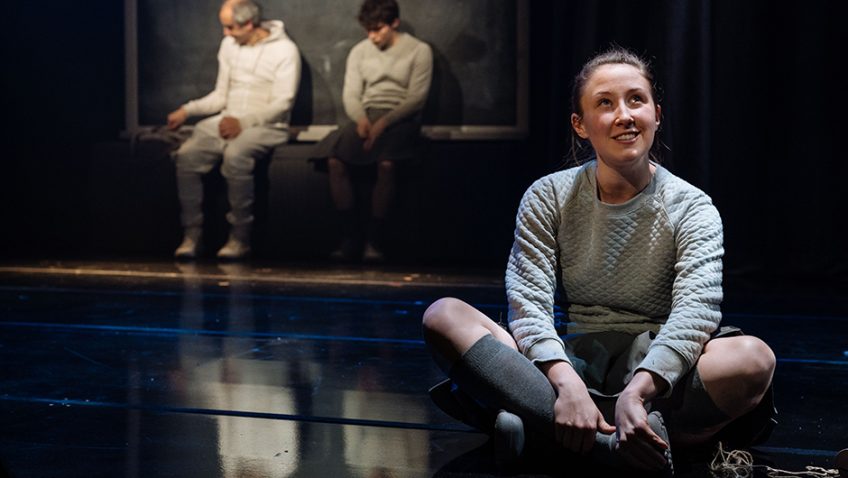 Men and women are segregated in Alan Ayckbourn’s play

The Divide is set in a dystopian future. There has been a terrible plague which has decimated the population. Women are blamed for causing the disease. 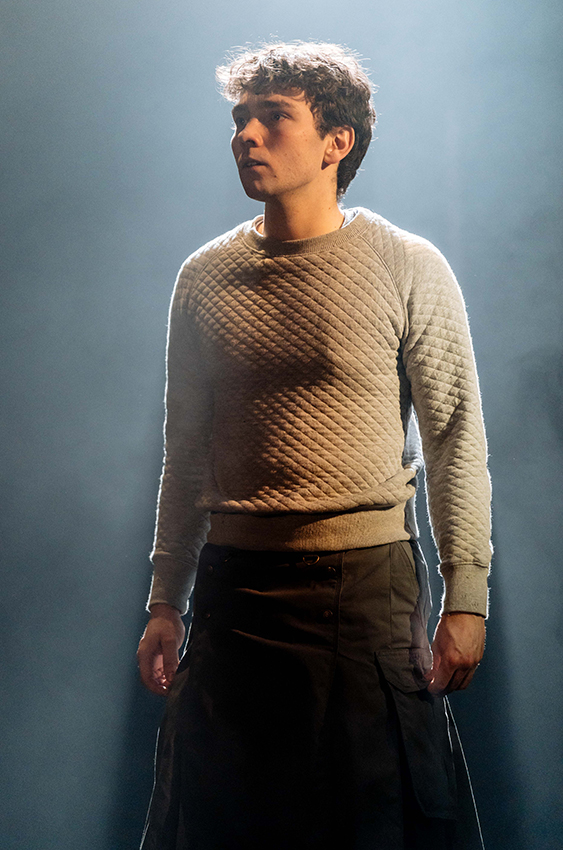 Jake Davies in The Divide

What we take to be normal is now taboo.

Men and women are segregated. The men wear white. The women wear black like the Amish.

Annabel Bolton’s production feels like an adaptation of a novel.

Ayckbourn admits The Divide is not a play. “It’s a strange sort of piece,” he says. “It’s a narrative for voices.”

He also acknowledges his debt to Margaret Atwood’s The Handmaid’s Tale, Shakespeare’s Romeo and Juliet, George Orwell’s 1984 and to J. K. Rowling and Philip Pullman.

The script is made up of two diaries written by two young school children, Soween (Erin Doherty) and Elihu (Jake Davies), brother and sister, who are both in love with the same girl, Giela (Weruche Opia).

It takes Soween a long time to realize that rebel Giela loves her brother and not her.

Elihu has a male mentor (Richard Katz) who introduces him to art and Botticelli’s The Birth of Venus which quickly hastens his puberty.

Erin Doherty does a remarkable job of holding production together. She and Jake Davies constantly have to address the audience in monologues. The innocence and naivety of childhood, very girly, very boyish, gets lots of laughs.

The Divide premiered at the Edinburgh Festival last year when it was spread over two performances and lasted six hours.

It’s now at The Old Vic and it has been cut. But three hours and fifty minutes with an interval of twenty minutes is still far too long. There is so much that could be cut; and especially in the second half which loses the audience once the trial is over.

Matthew Warchus, artistic director of The Old Vic, has already successfully produced Alan Ayckbourn’s The Norman Conquests and promises to do more Ayckbourn. He has over 80 plays to choose from.