Home / LIFESTYLE / REVIEWS > / FILM REVIEWS / Like a flat soufflé, The Mercy has all the right ingredients, but never rises 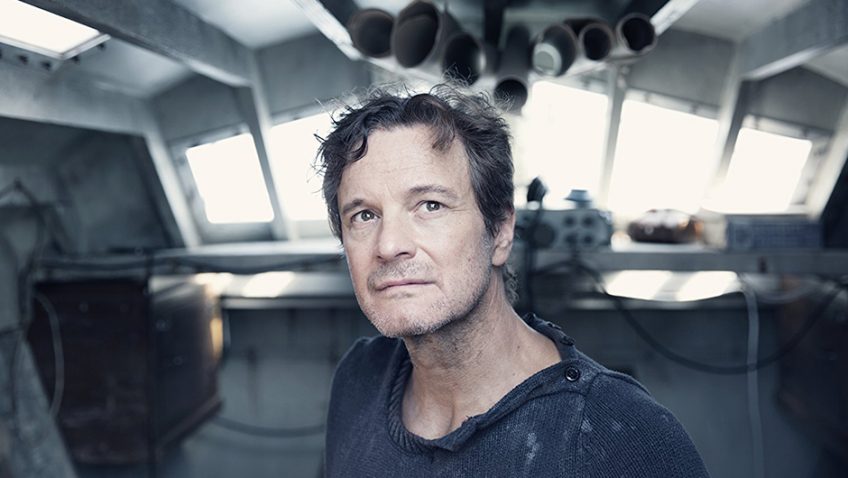 Like a flat soufflé, The Mercy has all the right ingredients, but never rises

The title might be enigmatic, but the marquee value of The Mercy

is clear: it signposts a yummy all-British classic. The stars are Colin Firth and Rachel Weisz and the director is James Marsh, who held everyone in suspense with Man on Wire and had everyone in tears with the Stephen Hawking biopic The Theory of Everything. If that pedigree isn’t enough, how about the prospect of the murky true story of Donald Crowhurst, a wildcard yacht race competitor who makes Lance Armstrong look good? But like a flat, mushy soufflé, The Mercy

has all the right ingredients, but never rises on the screen.

The year is 1968, a year full of war protests, moon landings, assassinations, and Sergeant Pepper, but in quiet, quaint Teignmouth, England struggling entrepreneur Donald Crowhurst is trying to sell his invention, the Navicator radio direction finder. His sales pitch positions this as a failsafe device, indispensible for all open water sailors, an irony that is not lost on audience as the story progresses.

Despite a lot of interest and some sales, Crowhurst’s small business, Electron Utilisation, is in trouble. A weekend sailor, Crowhurst seizes upon the announcement of the Sunday Times’ Golden Globe Race’s £5,000 prize (£60,000 in today’s money) to promise his wife, Clare (Rachel Weisz) new digs. In fact, the money was needed to pay his business debts, but from the start Scott Z. Burns’ (Contagion, Side Effects) script portrays Crowhurst as a loving family man – he had three young children- who just wants to make them proud of him. While there’s certainly truth in that, it’s an unsatisfying portrait.

The Times’ competition was inspired by Sir Francis Chichester, who just a year earlier became the first, fastest – and oldest – person to sail single-handed around the world. But Chichester broke his journey and the 1968 Times’ competition was to be non-stop. It attracted the most high profile names in international yachting and one late-entry: electronics engineer Donald Crowhurst.

The filmmakers chronicle the build up and early stages of the race like any competition movie does, setting up the anti-hero as underdog, only to make the ultimate triumph all the sweeter. Clare says in a bit of expository dialogue when Donald announces his application: ‘you don’t have a boat and you have never sailed as far as Falmouth.’ To that stark reality, the delusional romantic replies, ‘I didn’t have a wife at one point and now I have a beautiful one.’

But beautiful wives don’t build boats. Crowhurst secures the sponsorship of entrepreneur Stanley Best (Ken Stott) who, having invested in Crowhurst’s business, may have been gambling to recoup his investment with the prize money. Given the remote prospect, he secured his loan for the building of an experimental trimaran against Crowhurst’s business and his home.

Crowhurst hires Rodney Hallworth (David Thewlis, who provides a bit of life and comic relief), a crime reporter for the Daily Mail and The Daily Express, as his press agent. Hallworth goes to town with the underdog closing the gap angle, making the tragedy all the more humiliating and devastating for the family. 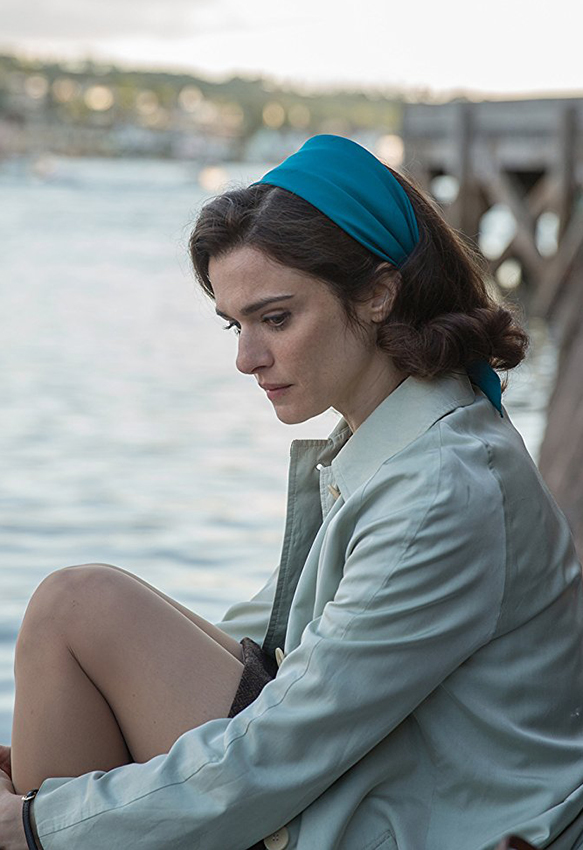 Rachel Weisz in The Mercy

Tension mounts when it becomes clear that Crowhurst is going to miss his late summer departure date as the boat is not ready. Crowhurst reassures himself and Clare that his trimaran is faster than the monohulled boats of his competitors – although he’s never actually sailed it or anything like it.

Due to time pressure and his reluctance to borrow more, Crowhurst foregoes his safety devices, including an inflatable buoyancy bag on the top of the mast to prevent capsizing. Crowhurst looks despondent. Best tells him, ‘you don’t have to do this’, but Hallworth warns: ‘I am sure you’ve considered the consequences of withdrawal. Leave your doubts on the shore and take your dreams out to sea.’ During the actual voyage, the two continue working at cross purposes.

Not long after Crowhurst departs on 31 October (dressed in a suit a tie under his waterproofs), he vomits in his untidy and overcrowded hull and writes in his log, ‘I haven’t figured out how to let air in the cabin without letting water in.’

It is possible to make a solitary sea voyage dramatic but surprisingly, Marsh and Burns don’t manage it. While the budget for this film is substantial, I never felt the danger or the wonder and terror of the sea. Nor is his progress and mental state contrasted with, say, Robin Knox Johnston, the competitor with the smallest yacht who will donate his prize money to Clare (sadly, in a caption rather than a dramatised scene). Firth does portray his character’s growing desperation, but he is so low key and impenetrable that he lulls us to sleep as he talks to himself. This monotony is broken by calls to his family and Hallworth, which becomes painful after he decides not only to fake his course, but to land in Argentina (using his real name).

Perhaps because Clare and their children are still alive, the film presents Donald as a courageous dreamer driven to a mental breakdown by unscrupulous financiers and the media. But what kind of loving father and husband would risk the family home, business and life insurance on a foolhardy mission and then do the unthinkable? Clare might reassure him that they are young and will recover, but the casting doesn’t reassure us as Firth is 20 years older than Crowhurst and this looks more like a last chance.

A darker and more interesting portrait might have emerged had the film mentioned the role his own father’s financial difficulty played in Crowhurst’s childhood and his unstable background. Crowhurst was asked to leave the RAF in mysterious circumstances and was then discharged from the Army for a disciplinary incident. The movie wants us to see Crowhurst as a noble, if delusional, hero but it has to leave too many questions unanswered to convince us. If Stephen Hawking triumphed against the odds, Crowhurst succumbed to the clear odds and dragged everybody down with him.