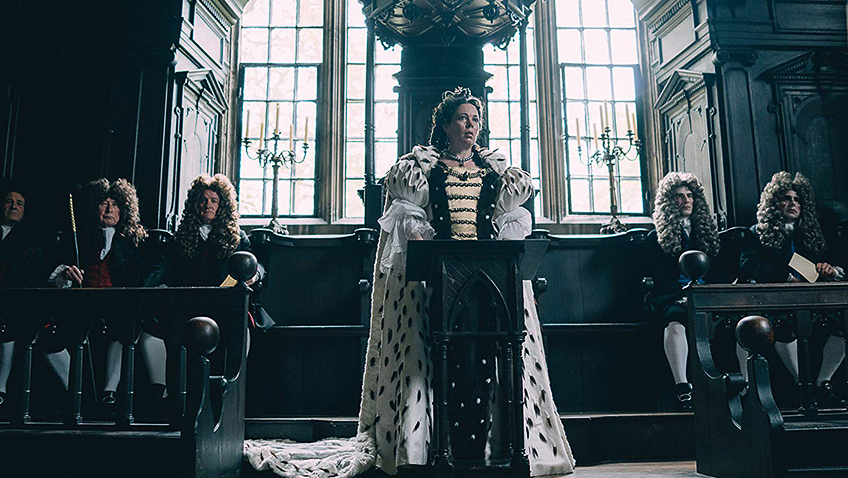 Greek filmmaker Yorgos Lanthimos (Dogtooth) applied his distinctive dead-pan style and dark, chilling social satire to an Irish single’s hotel in The Lobster and to an American family of doctors in The Killing of a Sacred Deer without losing his Greek roots in the move to English language films. In Lanthimos’ jet-black comedy of manners set in the court of Britain’s Queen Anne (Olivia Colman, The Lobster), the hand of fate from Greek tragedy prevaricates as two female cousins from different social backgrounds battle for the favour of an ailing, odd and indecisive Queen. 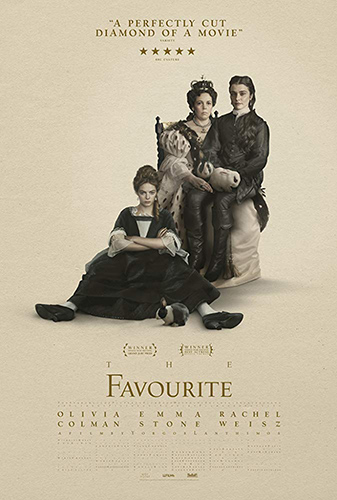 The current champion is the Queen’s adviser, confidant and lover Sarah Churchill, Duchess of Marlborough (Rachel Weisz, The Lobster, My Cousin Rachel). The challenger is the Duchess’s lowly, self-deprecating, but ruthlessly ambitious cousin, Abigail Hill (American actress Emma Stone, La La Land). Sarah agrees to find her destitute cousin a job in court out of guilt, and perhaps pity at Abigail’s father’s abuse, but the bonds are weak and she sends Abigail off to scrub the palace floors.

Lanthimos eschews historic context to focus on the female power struggle in which everything – from poisoning a rival to sexual favours – is fair game. We are dropped into the polished corridors of power in media res and follow the characters as they plot, gossip, seduce and betray one another in a jockeying for favour, power and position that has not disappeared with the advent of democracy.

For 25 years Sarah has been Princess Anne’s protector, supporter and lover. When, in 1702, Anne finally becomes Queen, Sarah is rewarded with power, driving her Whig agenda with politician Sidney Godolphin (James Smith) and supporting her husband’s costly wars against the French and her allies. His victory at Blenheim is rewarded with the embarrassingly expensive palace, the building of which occupies so much of Sarah’s long, eventful life. 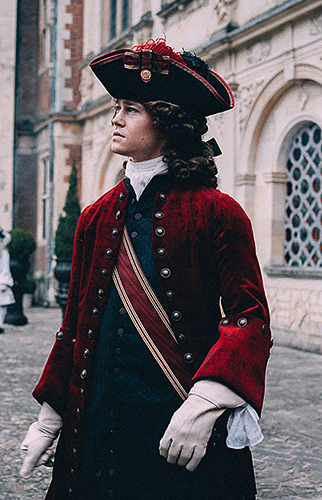 Joe Alwyn in The Favourite

Sarah’s absences from court are increasingly frequent. When she is not at the construction site, she is representing the Queen on state business and, at a crucial point in her competition with Abigail, she is away convalescing in a brothel. While Sarah is recovering from the poisoning which caused her disfiguring riding injury, Abigail completes her progression from scullery maid to Baroness Masham and from Lady of the Queen’s bedchamber to Keeper of the Privy Purse. This progression is mirrored in Sandy Powell’s costumes for Abigail. They are initially vulgar, but become more sophisticated as she observes Sarah and acquires the budget to afford good taste.

Returning to court, Sarah is incensed to learn that not only has Abigail married Samuel – the first Baron Masham (Joe Alwyn) – but that the Queen was present at the wedding and gave the couple a generous financial wedding gift. Abigail will deny her crime in vain.

Sarah struggles to regain her supremacy, unaware that Anne has become irritated by the controlling and assertive personality that she previously admired in the Duchess when Anne’s position in court was less secure. Politics, too, comes to divide the women. Abigail, like Anne is a Tory (the party of the Church) while Sarah is a Whig, and is always encouraging Anne to appoint more Whig ministers who would support her husband’s wars. 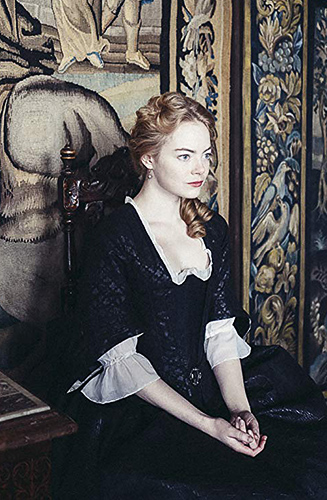 Emma Stone in The Favourite

Men play a secondary role in this triangle of powerful, wilful and political women. Anne’s husband, Prince George of Denmark, who did not die until 1708, is absent, although a thought is given to Anne’s 17 children: primarily miscarriages, but none survived past childhood. Abigail’s new husband is a dud and whilst she pursues him for his title and status, she dismisses him when the marriage is consummated. The Duke of Marlborough (Mark Gatiss) is off fighting the European wars that the Queen must finance through taxes.

Abigail’s cousin, Speaker of the House and later Chancellor of the Exchequer, Robert Harley (a hilarious career best performance from Nicholas Hoult) opposes Sarah’s position and momentarily convince Anne to cancel the punishing land tax needed to finance the wars. Despite Harley’s attempt to squeeze in a private audience with Anne during a ball, the dancing goes on. Here Lanthimos stages a strange and hilarious dance routine unique in the annals of historic drama.

Colman plays the Queen to perfection with her rapid mood fluctuations and odd behaviour – she is surrounded by pet rabbits – making it doubly challenging for her entourage to second-guess her. And though it is difficult to imagine befriending this woman, you have to pity her when she wistfully says that a part of her died with each of her children. Yet Colman’s success in making Anne real and human seems out of place in a film that rules the emotions cerebrally, rather than from the heart. As Lanthimos moves his players like chess pieces, they become increasingly abstract and synthetic. Perhaps this reflects the artificial and formal mechanisms of the Royal Courts – then and now, but the style puts us in the position of passive observers, although Lanthimos, his cast and crew and British cinematographer Robbie Ryan give us quite a spectacle to observe 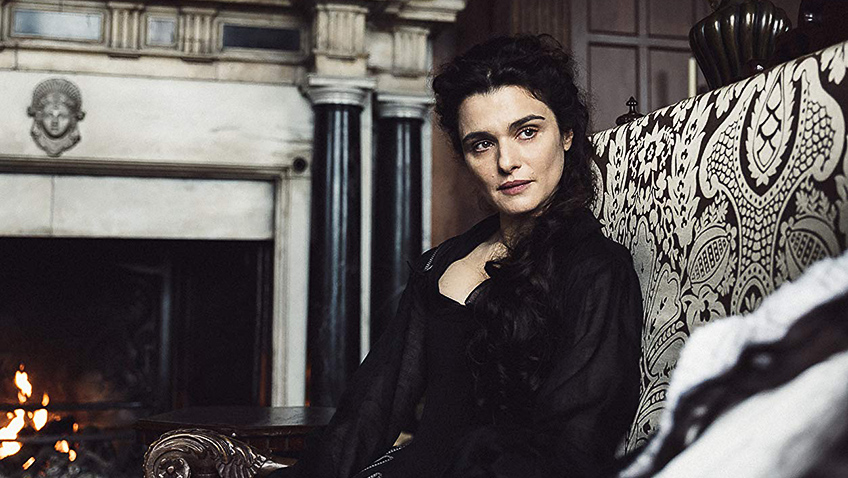 Rachel Weisz in The Favourite

Classical music from Bach, Handel, Purcell and Vivaldi are subtly blended with modern compositions, as if to suggest the connections between the past and the present world of politics. But Lanthimos, who is interested in rigid social structures in which individuals are controlled and compromised in order to survive, is never heavy handed either with modern day comparisons or with the historic truth.

With its elegant, witty and often humorous script by Deborah Davis and Tony McNamara The Favourite is like a cross between Armando Iannucci’s The Death of Stalin, Barry Lyndon, and Les Liaisons Dangereuses, whilst the rouged cheeks, white wigs and the opulent, often outlandish court attire add to the circus atmosphere.