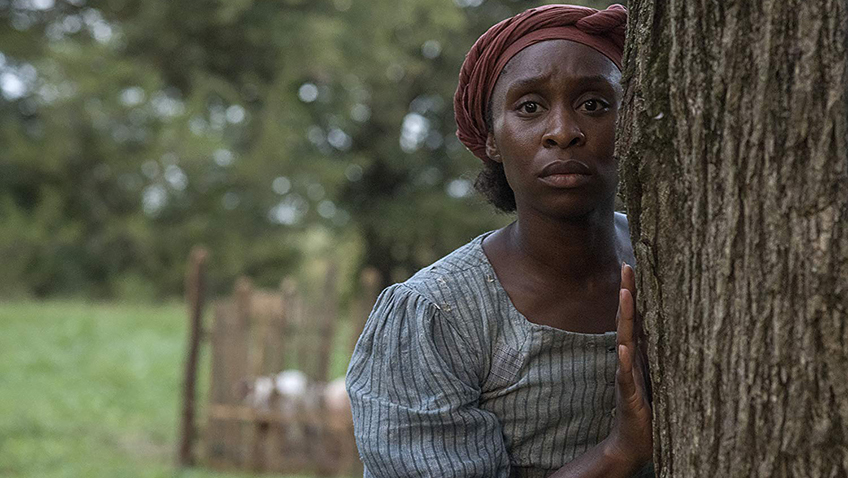 The Serpentine Gallery in London recently held the first retrospective of, a co-curated by, 88-year-old black American artist Faith Ringgold, born in Harlem at the height of the Great Depression. A multi-tasking, strong-willed, politically engaged artist who now has paintings in MOMA, Ringgold paid the price for being a black woman in a white male world throughout her incredible career. A portrait of one of her heroes, Harriet Tubman has made it to the Serpentine. But even Ringgold needed her publisher, Janet Schulman to suggest the topic and her grown daughter to research it, before Ringgold wrote her illustrated children’s book Aunt Harriet’s Underground Railroad in the Sky

. Hopefully this new film will, like the book, help establish Tubman’s rightful place in history.

Harriet Tubman died in 1913, but this is the first movie about her life, a life that is every bit as traumatic, hair-raising, horrific, exciting, uplifting and inspirational as that of Solomon Northup, whose autobiographical 12 Years a Slave

was turned into an Oscar winning film by British artist/filmmaker Steve McQueen. In many ways it is more so, and not only because Harriet was a slave for 26 years. Her escape, by herself, through a 100-mile obstacle course from Maryland to Philadelphia was not where her heroism ended, but only where it began.

is not the most artistically accomplished of biopics and Kasi Lemmons’ (Eve’s Bayou, Talk to Me) script (with Gregory Allen Howard) and directing lacks finesse. But the eponymous Harriet Tubman is the most inspiring heroine of the year and Cynthia Erivo (Widows) has transformed herself into this real-life freedom fighter, abolitionist, Civil War leader, and suffragette with conviction.

Born Araminta ‘Minty’ Ross on a Maryland plantation, Harriet Tubman (her ‘free’ name) was a slave while her parents and husband were free. Aged around 26, when she learns that she is going to be sold, which would separate her from her family forever, she decides to make the perilous 100 mile walk to Philadelphia. She is helped by Reverend Samuel Green (Vondie Curtis-Hall) a local freedman preacher who has a secret role hiding slaves on the Underground Railway.

Green tells her to find shelter and support at the Pennnsylvania Anti-Slavery Society where she meets William Still (Leslie Odom Jr.), a courageous writer and abolitionist who helps the escaped slaves find jobs and later connects Harriet formally to the Underground Railway. First, however, since Harriet arrives half dead, starving, filthy dirty in shredded clothing, he introduces her to Marie Buchanon (Janelle Monae). Marie impresses Harriet as a dignified black woman who dresses stylishly and runs her own business: a comfortable boarding house where Harriet is given a hot bath, clothing and her own comfortable room. But being comfortable is not Harriet’s thing. 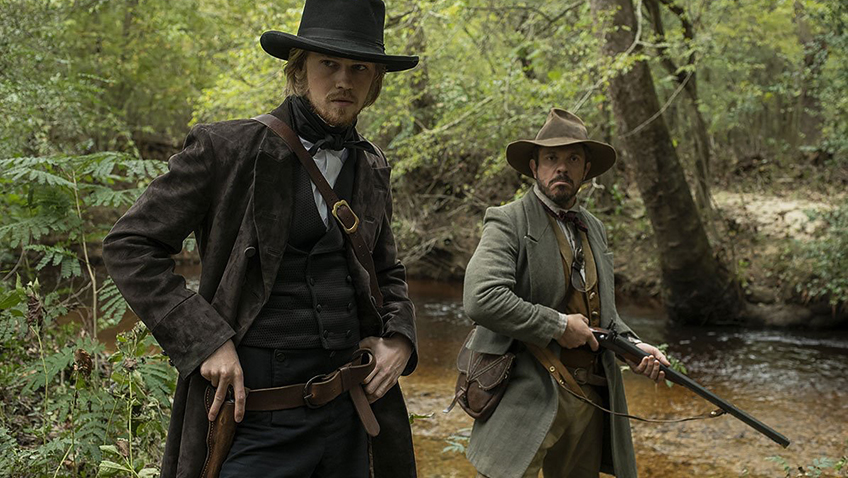 Unlike McQueen’s film, Lemmons does not fixate on the horrors of slavery, although Gideon Brodess (a moderately convincing Joe Alwyn), Harriet’s sadistic owner, is given plenty of opportunities to display his sick mind as he pursues Harriet long after she has escaped. Instead, the horrors depicted in McQueen’s film are captured in the stories the escaped slaves tell Stillman, who documents their histories for posterity and to help them trace their families.

Harriet rejects Stillman’s offer of a safe domestic job in Philadelphia for she knows early on that she has a calling. The film shows how she risks her life in 13 more trips to Maryland to lead 70 slaves to freedom through the network of safehouses known as the Underground Railroad. In her first perilous trip back to Maryland, now dressed in fine clothing as a freewoman with badly forged papers, she returns for her husband (Zackary Momoh) who believing her dead, has remarried. 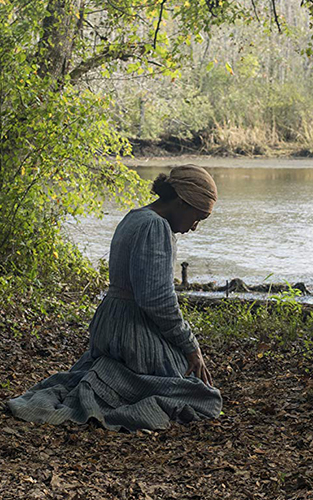 There are moments of tension when Gideon and other plantation owners smarting from their ‘stolen’ slaves, put a price on the head of the mysterious liberator called Moses and join forces to capture him and burn him alive. No one suspects the man is Harriet, but the name, Moses, the liberator of the Jews who talks directly to God, is apt. We see her leading the hesitant, the frightened, the sceptical with a firm hand stopping to take direction from an invisible force. Each time Harriet returns from the slave states with more slaves (she never lost one), Lemmons records the astonished look on Stillman’s face.

If the slaves, Stillman and other abolitionist politicians and activists who Harriet meets wonder where her survival skills and uncanny ability to detect danger comes from, Harriet does not. It comes from above, and the film slows down to devote time to Harriet’s physical trances as she communicates with God. She is watched with wonder by a young black opportunist who is paid to track down Harriet but ends up joining her cause like a Biblical disciple.

Still, you cannot help thinking that Harriet’s actual life was even more dramatic than depicted in the film. While we cannot but feel a surge of emotion when Nina Simone’s powerful song “Sinnerman” plays over a montage of an escape, we long for more details about the escape: we want to feel like we are there with her.

The journeys have a generic feel to them, and the second half of Harriet’s incredible life is, probably rightly, left for another biopic. Lemmon shows us how the Underground Railway had to adapt when the law changed (to appease the south) allowing slave owners to travel to the free states to reclaim their slaves. And we see just a hint of Harriet’s activities in the Civil War. Under the command of Colonel James Montgomery, Harriet was the first American women in history to lead an armed assault brigade on a group of riverside plantations where she freed 750 slaves, carrying them off in the three steamboats she commandeered.

Where the film feels inspired is in its depiction of Harriet visions and fainting spells which other filmmakers might have ignored or downplayed. In Philadelphia, Harriet is given a gun, and Lemmons depicts her spirituality as a shield. Harriet believes that God guides her to safety and by the end of the film there is no other way to explain it.