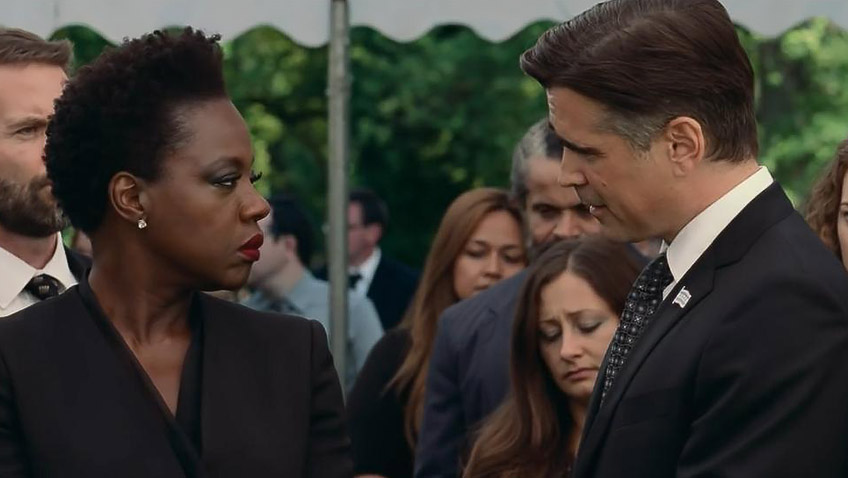 When co-writer/director Steve McQueen won the 2012 Academy Award for Best Picture for 12 Years a Slave, it was an award for African American Solomon Northup’s autobiographical memoir

Since then, it’s been all about girl power and Steve McQueen is back with a heist movie with a difference, based on a Lynda La Plante novel

and television mini-series and co-written with ‘Gone Girl’ writer, Gillian Flynn. McQueen certainly strips the vulgarity and phoney glamour out of the recent female-powered Oceans 8, here focusing on women who are left to pick up the pieces from their partners’ criminal legacies.

But instead of being a battle cry, the film is a curiously soulless, choppy narrative and salad of issues (including interracial marriage) that is only held together by the star-studded cast.

does, however, open with a shot we may never have seen before on the screen. A middle-aged white man and a black woman who is not a prostitute or the maid, are under the covers of a matrimonial bed in a luxurious bedroom. Their deep, slow kiss is open mouthed and loving. But all is not what it seems.

The man, Harry Rawlins’ (Liam Neeson) is a fraud in more ways than one. He is a master criminal mixed up with corrupt politicians and about to be declared dead – along with his entire gang – in a heist gone bad.

Veronica Rawlins (Viola Davis) is in mourning when she is paid a frightening visit from representatives of the Manning for Mayor headquarters. She discovers that Harry has left a debt to local crime boss and aspiring politician Jamal Manning (Brian Tyree Henry), and his psychopathic brother Jatemme (a scary Daniel Kaluuya, from Get Out). Veronica Rawlins will resort to any means necessary to collect. 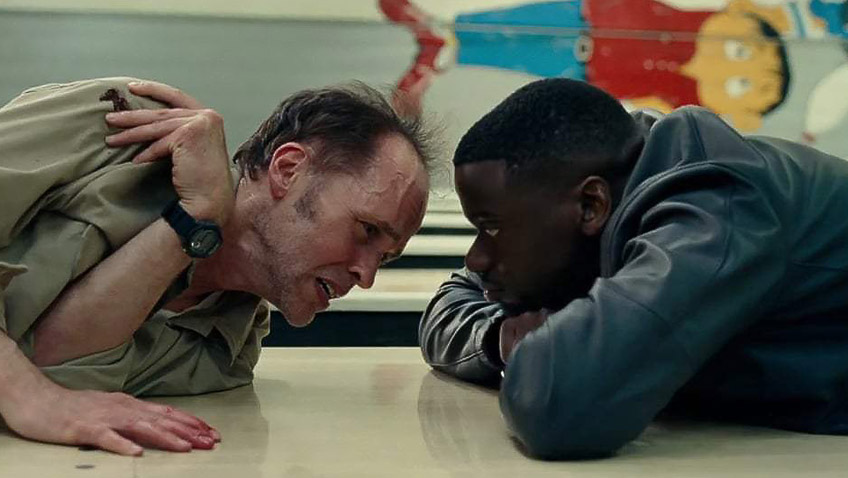 Manning wants the $2 million Harry stole from him. Rather than selling the couple’s penthouse love nest, Veronica finds a far riskier, but more lucrative, solution in her husband’s parting gift. He has left her a notebook containing the blueprint of his next big burglary worth a cool $5 million.

Rather than selling the notebook as Harry intended, she convinces impoverished widows, Linda Perelli (Michelle Rodriguez) whose husband gambled away the profits from her shop and battered wife Alice Gunner (Elizabeth Debicki, from The Man from U.N.C.L.E. and TV’s The Night Manager) to join her in the heist. 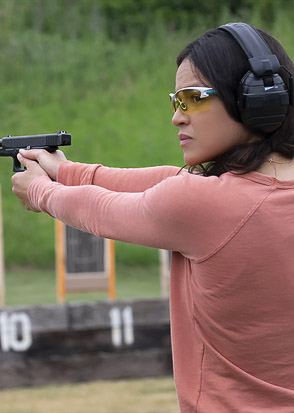 This is about survival and the women have to learn to survive. As it turns out, this is how their husband’s survived so it is a matter of women doing a man’s job better – rather than differently. Some fun is had watching the entirely unsuited Linda and Alice attempt to pull their weight. Veronica reveals a hidden depth and strength in overcoming her grief to command her wavering troops. ‘We have a lot of work to do,’ she reminds one of the flustered widows, ‘crying isn’t on the list.’ Part of the work they have to do is identifying the property in the blue print.

Alice’s mother Agnieska (Jacki Weaver) suggests that her statuesque, willowy blond daughter, who has already been exploited by her husband, exploit her god-given gifts to make some money. After being horrified and offended, Alice joins an escort agency and, conveniently, her first date is a real-estate tycoon who can ID every expensive property in Chicago from its blue print.

Before his death in the explosion during the heist, Linda’s husband Carlos (Manuel Garcia-Rulfo) had been gambling away the proceeds from her retail shop in another abusive relationship, leaving her penniless and feeling powerless. But Linda also proves resourceful with her empathy and poker face. A fourth widow, Amanda (Carrie Coon), has a new baby and, distancing herself from the other widows, declines to join the group.

Veronica wants to keep the group tight, but they need a driver when Harry and Veronica’s faithful chauffeur gets bumped off. Enter hairdresser and mother Belle (another great performance from Cynthia Erivo, recently seen in Bad Times at the El Royale). Belle moves like Cat Woman and has plenty of street smarts, but it remains a mystery why she sits in a conspicuous white getaway van in front of the suburban mansion of a prominent member of society and thinks she will not be noticed.

Davis is a knock-out as the traumatised, duped survivor who musters nerves of steel and 87-year-old Robert Duvall steals more than millions as Tom Mulligan, the racist powerbroker patriarch of a political family that, under son Jack Mulligan (Colin Farrell), creates empty, voting winning programmes like Minority Woman Own Work. If Duvall is nominated for a Best Supporting Actor award, it would not go amiss. 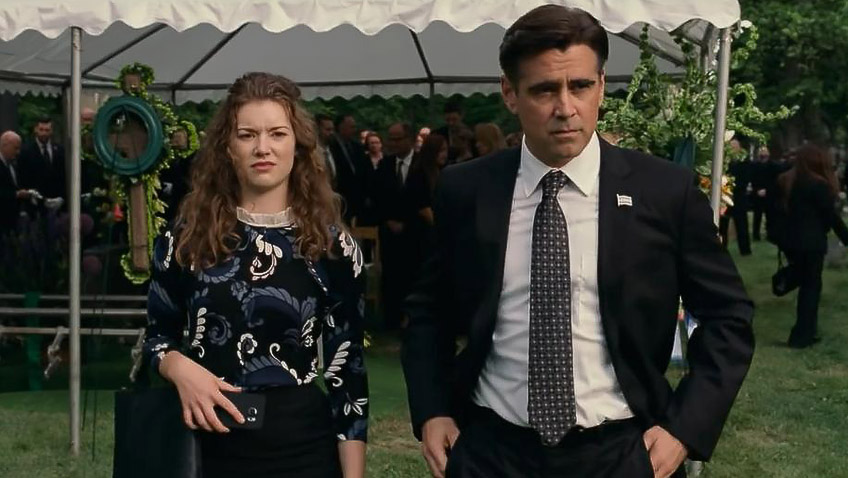 The incumbent Tom believes that political office is inherited as well as bought, but Jack represents a new generation who is at odds with his father. In the end, he does not feel comfortable lying to needy people, although his adversary hardly represents the people’s choice, despite his colour and grass roots appeal.

Though well acted and slickly made, there is a flatness to the film and a lack of suspense whenever the unpredictably violent Jatemme is not in the scene. And the female empowerment angle is dodgy too. Veronica could have sold her penthouse and gotten a job to avoid stealing from an unknown victim. The other two accomplices were worse off, but were reluctant to join Veronica, and get their lives back in order through money stolen, not earned.

is quite long) is that political subplots do not really tie in with the women’s story but seem to run parallel to it. Manning does not have to be running for office to go after Veronica; he could be any one trying to reclaim a debt. But since he is, there are ways to seek revenge on a politician that Veronica fails to exploit. The women seem uninterested in politics at all, although it is through politics that change happens, not robbery and (since someone dies during the heist) murder.